Salzburg for a day

Two weeks ago I decided to go to Salzburg for day. Salzburg is about three hours by train from Vienna. Not really a day-travel distance, but Friday was a national holiday here in Austria and I had the feeling I needed to get out of the city. Plus I love taking the train. So, enough reasons for going. Just sitting on the train, reading and enjoying the view, makes this kind of transportion very enjoyable. I used the trainride to read a couple of magazines, but started also reading a new book called “In the Country of Men” by Hisham Matar. It is beautifully written but not a “feel-good” read. Needed to mix it with some trivial magazines, otherwise would have been super depressed all day. Especially in this kind of weather.

Since a year or so we have a second railway company and since then prices have been quite competitive. So if you book early enough, you get a good deal.

I have been to Salzburg before, but I never really took the time to go up and see the “Festung Hohensalzburg”. So this time I made sure to see it. After arriving in Salzburg I needed a coffee first. I went to the Café Tomaselli and enjoyed two cups and also some Apfelstrudel. After this little repast I was ready for the fortress. I took the elevator up to the Mönchsberg and had this gorgeous view. 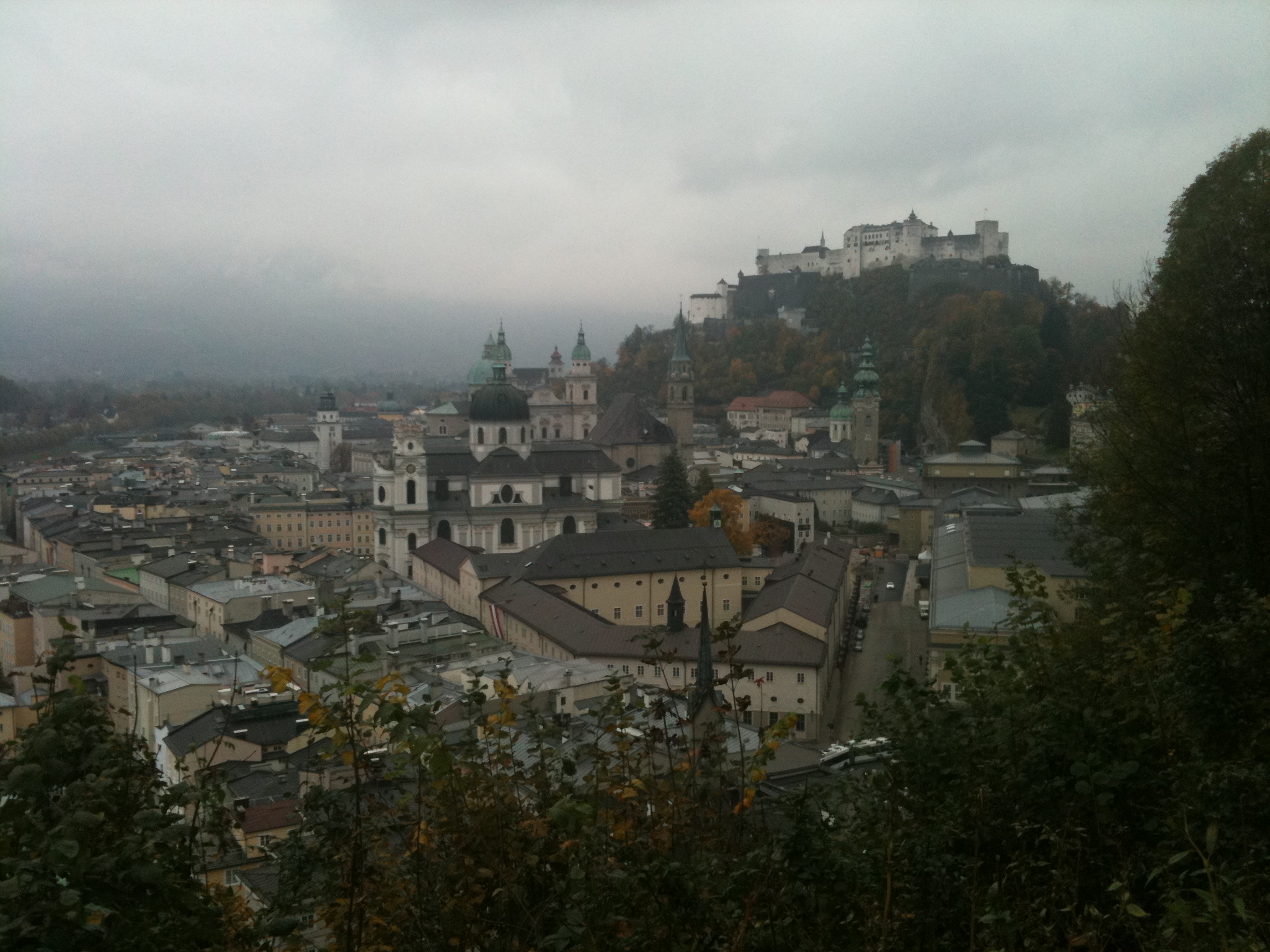 The fog didn’t take anything away from this breathtaking scenery. Maybe made it even better, a bit more mysterious. I walked for about 20 minutes from the Mönchsberg to the fortress and then took the tour. But honestly, it is a lot more impressive from the outside. I think in summer it might be even better to just take a coffee up the restaurant on the Mönchsberg and enjoy the view. But nevermind… been there, done that.

And the walk was invigorating, especially after the long train ride. The leaves had already changed colours, so beautiful! And the view from the fortress down, exceptional! 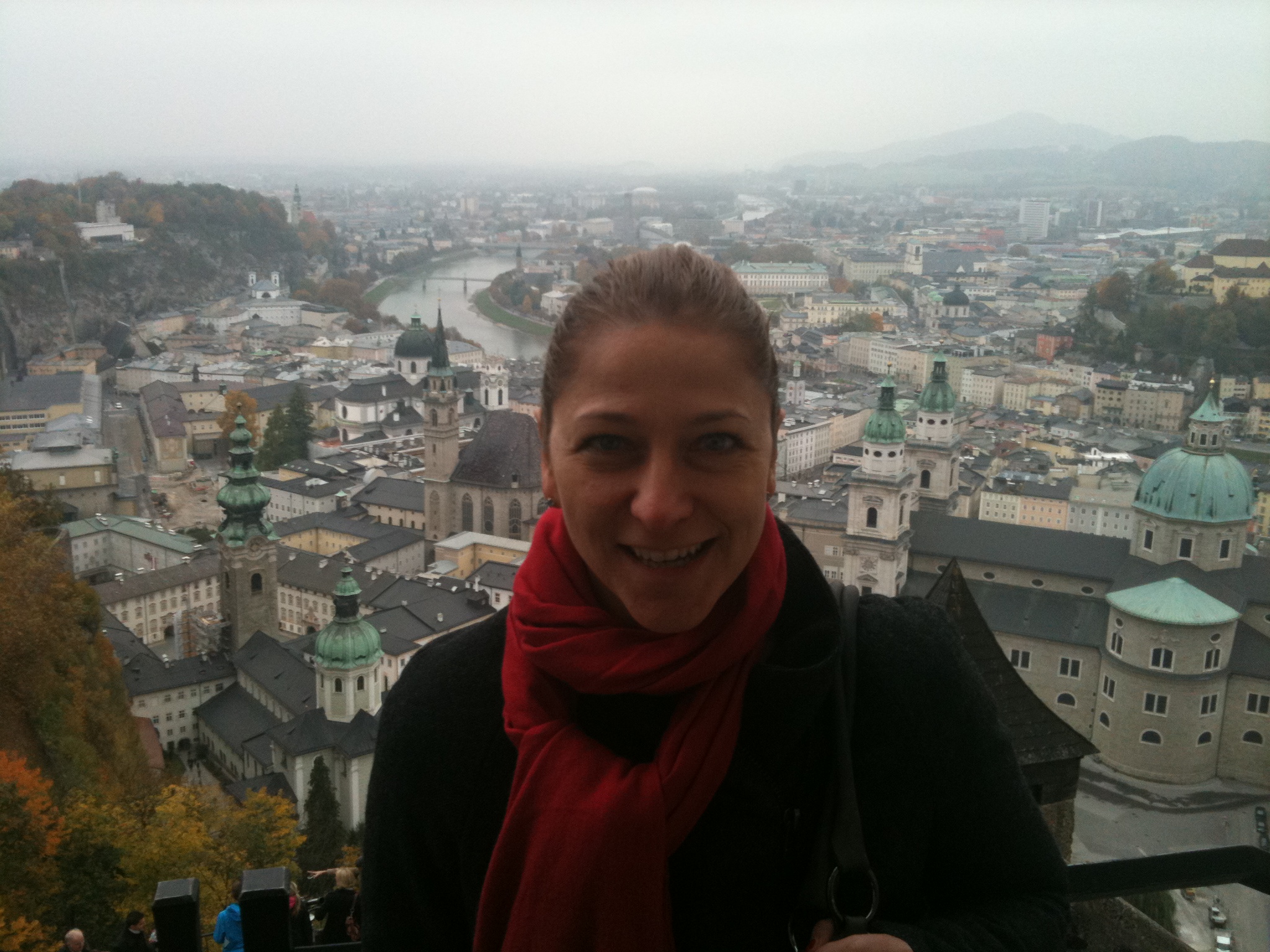 After the tour there was just time for a late lunch and then I already had to rush to get my train. I made it back to Vienna on time to get ready for a night out with my friends. We went to a party called “Singles in the City”. Sounded a lot better than it actually was. Nevermind if you were not there, you have not missed anything.

On Friday I am leaving for Venice. Have heard the city is already flooded, but have a new pair of Hunters and am looking forward to wearing them.