We started again with a long and lazy breakfast, later moving from the breakfast area to the pool. Why the pool you ask yourself? Because we were planning a half-day trip to Lindos.
In my guide book Rhodes City and Lindos were the two must see places of the island. Since we did already Rhodes City, we still had Lindos left. The boat trip we originally had planned was full, so we had to settle on a bus trip. The bus was picking us up at 11.45, so we decided to stay at the pool for the morning.
The pool is quite ok, regular size and also has a couple of lounge-chairs. Now these beds are insanely popular so that people get up during the night to reserve them. 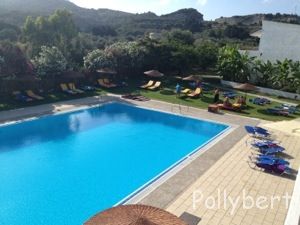 I just took this picture now at breakfast and as you can see while all chairs are reserved none is actually occupied. Andrea and I ridiculed this behavior all week long, we also heard some English people complaining about the practice. Before our vacation I connected this sort of behavior more with the German people, having it witnessed myself so often. But since there is only one German couple actually at the resort… So yesterday when I woke up early, I succumbed to bad influence, went outside and reserved some beds as well. What can I say?

When we finally got on the bus, it was of course a bit later. It might have been a tad hot waiting in the sun, but nothing we hadn’t expected. The next 90 minutes passed uneventful, stopping at one hotel after the other to pick up more people. The final drive to Lindos was then only 30 minutes. It might have been the better choice after all to go by boat. Sadly it was booked.

Lindos then made up for the long drive. It is beautiful. The acropolis is standing high over the village, visible from every angle and also from the beach. Let’s just let the pictures speak for themselves. 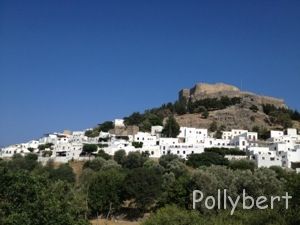 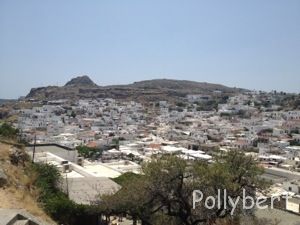 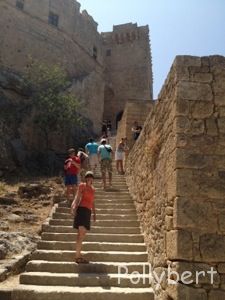 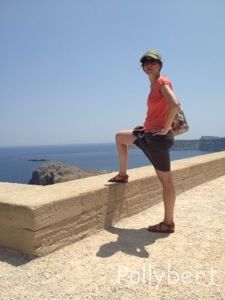 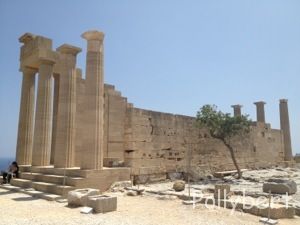 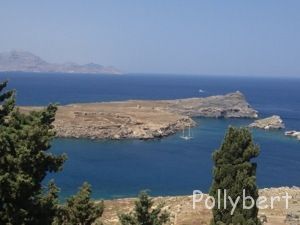 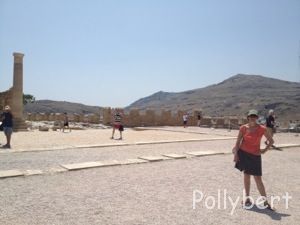 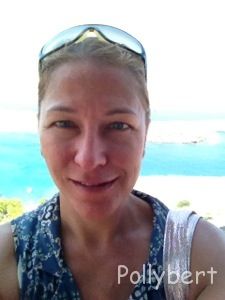 self-portrait with the Mediterranean Sea in the back 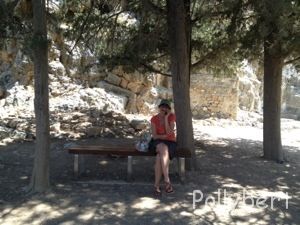 Andrea on the phone with her love.

As usual after such an exhaustive cultural intake, we had to take a break. 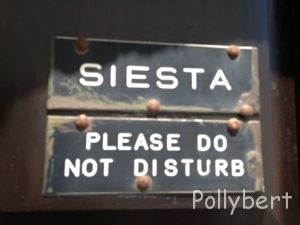 We decided on going for a late lunch, this time on a roof top patio. At Alex’s we enjoyed some meze, ordering a bit less due to the hot weather. 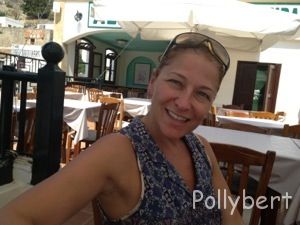 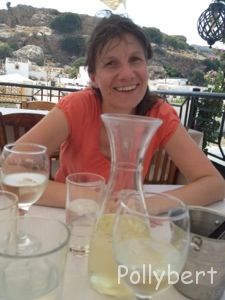 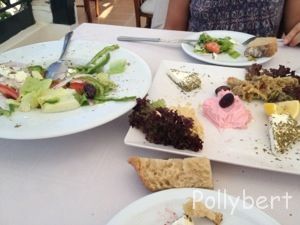 With a full stomach we then went for a swim. It was just too hot to do anything else. You can see the little beach here, quite different from what we were used to in terms of people and soil conditions (finally sand!). 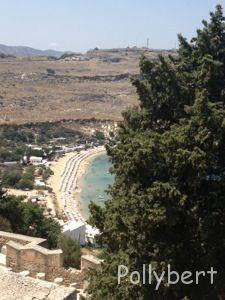 On the way back the same procedure, we were back at 8pm after a 2 hour drive (I think I know all hotels between Lindos and Paradisi now).
Our final evening was spent at the Vallian Village hotel, enjoying a Greek night. The hotel has a little chapel on its grounds and an orthodox priest blessed bread and I don’t know what else. Anyway, afterwards we all had dinner next to the pool with catered food (was excellent), Greek music and dancing. What a beautiful last evening in Paradisi.
Yours, Pollybert