On Wednesday I was finally taking the trip to Granada. From the moment I had booked the flight to Malaga I was on the lookout of a guided tour to Granada. Since Annemarie had already been there this spring, I knew I had to go in my own. The train was not possible, bus also not a viable option (would have gad to stay over night) and driving is not something I would willingly choose if there is any other possibility, I was going for a guided tour.

Already in Vienna I had sent out a couple of emails to travel agencies in Marbella, giving them all my details and asking about a tour. No answer from any of them (this is what I call good customer service). So two days before leaving for Mabella I made a resolution: it will either happen or not, but I will stop stressing about it.

The first evening after dinner we came back to our room to find a letter from the ‘Airtours Service Spanien’ (TUI group), offering their services. I seized my chance, wrote them an email and got an answer within an hour. They have a tour on the 11th of September, I can book it with them but have to call for it in Germany.

We wrote back and forth, in the end I had to call to give my credit card details over the phone. I asked if I could pay cash on the trip, no answer to this. I also asked for a detailed itinerary and a confirmation, all was promised. Two days later still no email, finally I decided to look into my spam mail, and there it was waiting for me: the confirmation. The trip was happening, I was going to see Granada with the famous Alhambra.

When I read the itinerary there was no description of the tour, only some history about Granada and the time and pick-up place. The pick-up place was next to the highway. Nothing better than a breath of fresh lead air in the morning to wake up. 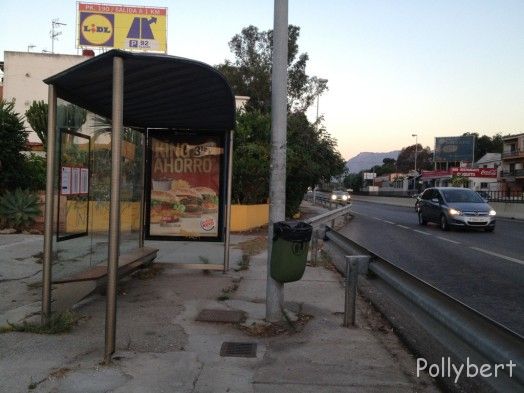 But I am unfair here, it was only 7 minutes walk from my hotel and the bus from Transandalucia was on time. 8.05 was my time, 8.08 the bus was there. After picking up a couple of more people on the way to Granada our guide finally started with his program, telling us all he knew about everything. And he did that in English and German. There was just no escape.

Again slightly unfair from my side, he was telling some small interesting details. One of them being that the main olive oil production of Spain was from around here. 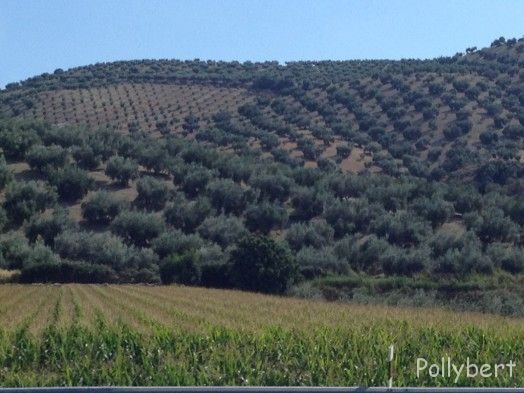 At shortly past 11am we arrived in Granada and walked around for a bit. 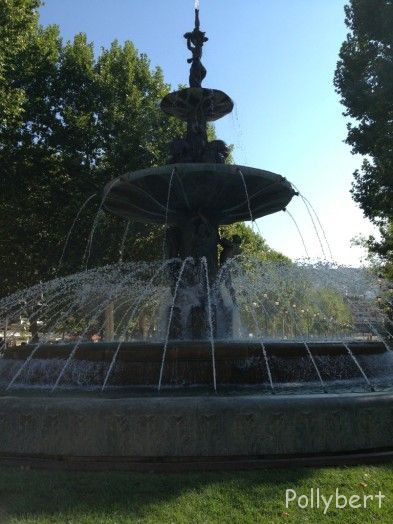 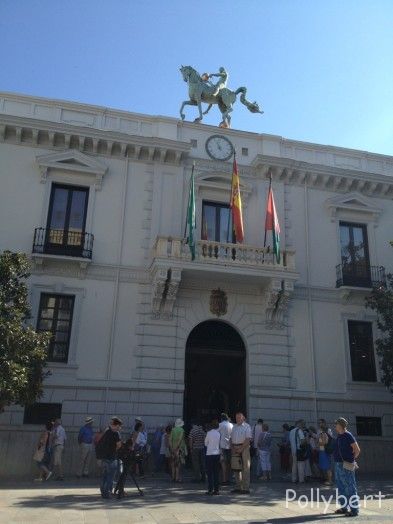 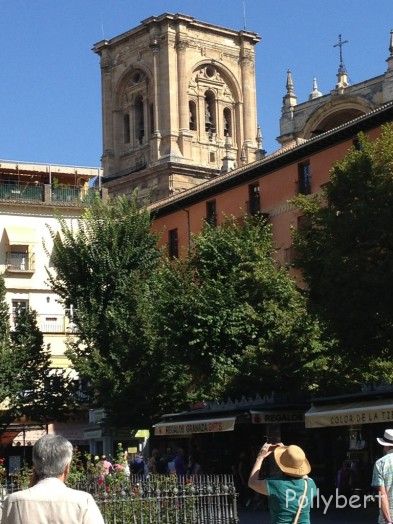 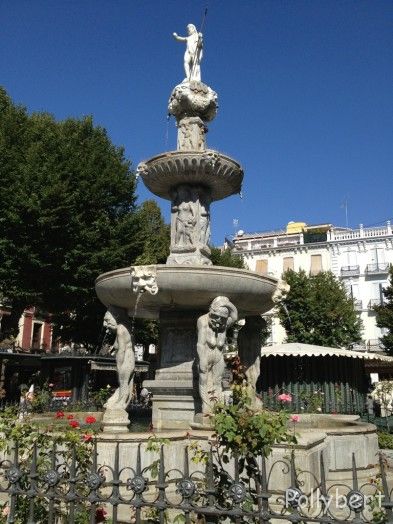 Finally we got the first glimpse of the Cathedral of Granada. 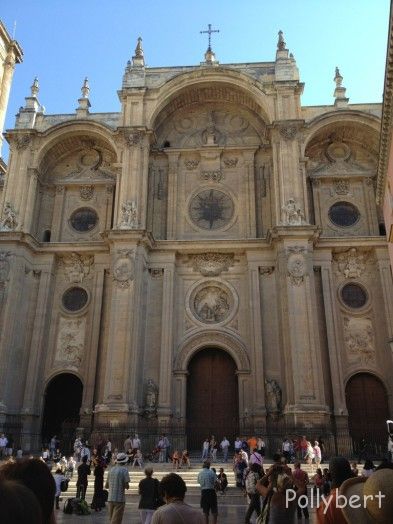 Right next to it is the Royal Chapel where the ones who didn’t want to go for lunch were left on their own devices. 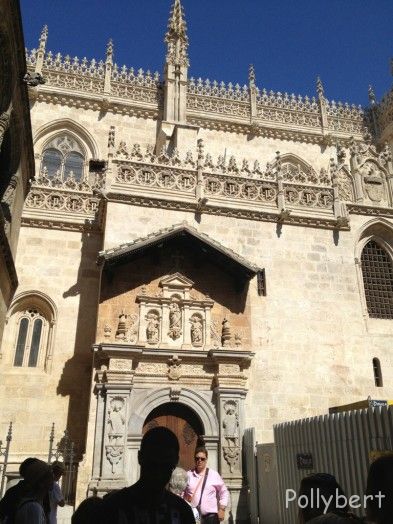 The guy with the pink shirt is my guide Daniel btw.

Left on my own I decided to see the Royal Chapel with the mausoleum of Queen Isabel I and King Ferdinand II. 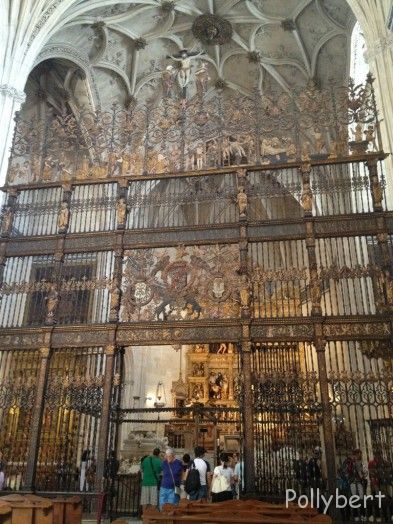 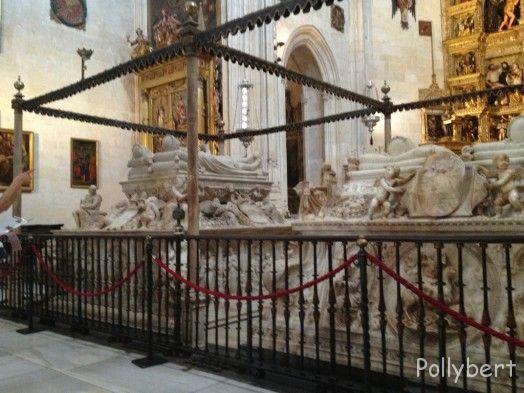 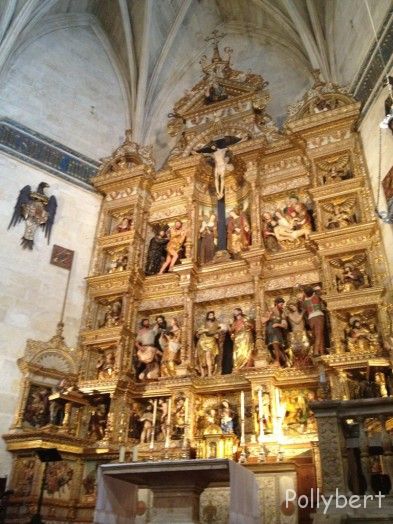 We had 90 minutes in our own and I went through my list of must-see things in my mind. In the end I decided to go for churros, always on my must-eat list when in Spain. 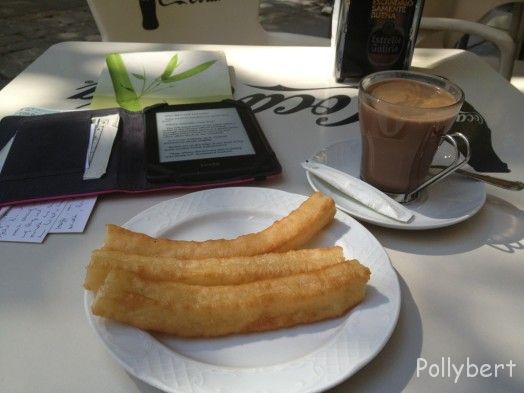 There was just not enough time to really go sightseeing, therefore best not to go at all and come back. Granada definitely looks like a place I want to see again. 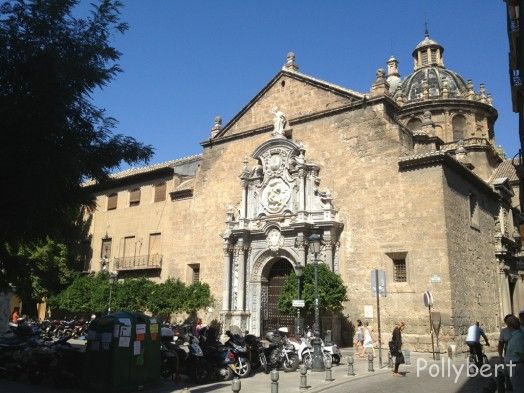 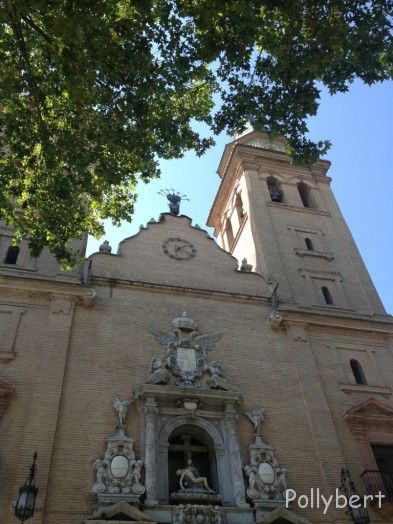 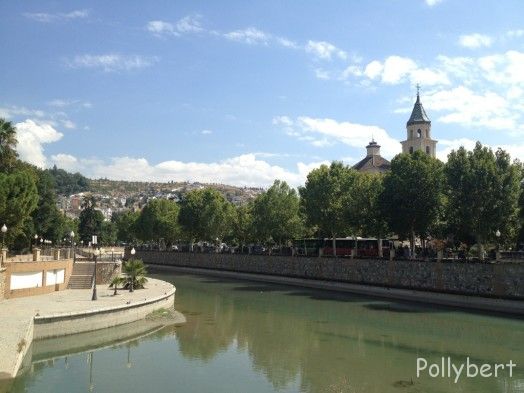 We met again at 1:15 and then we were finally on the way to the Alhambra.
Yours, Pollybert