Last year was my first time, so this year I already knew what to expect. The difference was that this year we were a group of people, making the experience a lot more fun. 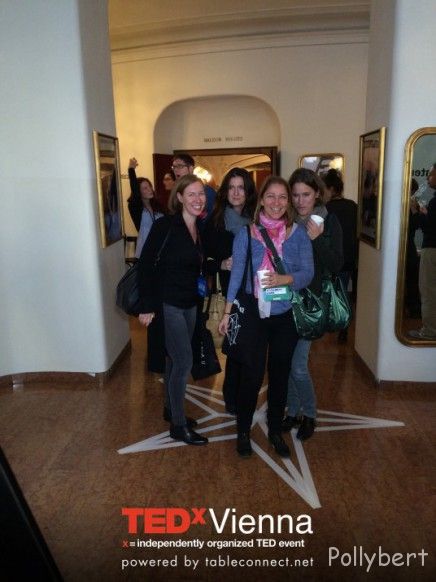 And all thanks to this man!

The event was held again at the Volkstheater. a beautiful setting for this occasion. 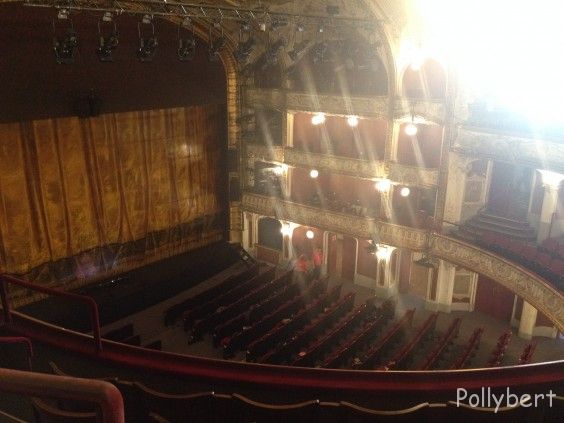 Sorry that the picture is not better, I am not exceptionally gifted in the photography department.

We started the day at around 10am and already the second speaker was interesting. The first one talked about diabetes and how difficult it was to adjust the insulin to the different activities during the day. But I only understood that after I looked at his website, he also developed an app to go with it. So I am sure it was all interesting but I didn’t get his message during his talk. 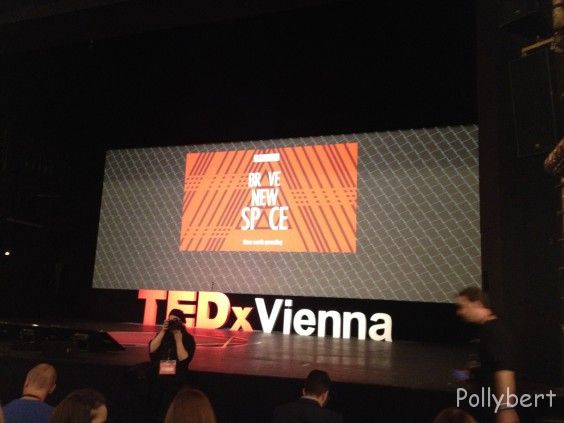 Amr Sobhy talked about “The stigma of the comfort zone” and how one has a choice to leave it or not. Because as we all know, the grass is not always greener on the other side although it might look so. Which made his talk even more interesting was that like a red thread the word “comfort zone” was used throughout the day and that we would have to leave it to see/achieve/experience something new. It is all the more important to listen to oneself. Do we even want to leave the zone? Because the expectations of exceptional experiences might not come true. And what would happen then to our happiness? 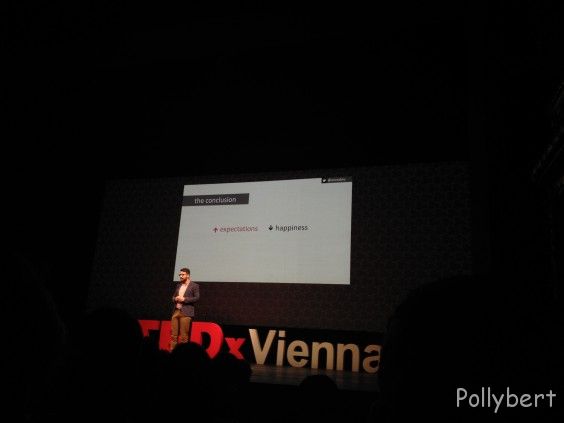 My personal favorite of the first block and maybe overall was Laurie Essig. Her talk on “How romance and capitalism could destroy our future” was a crowd pleaser judging by the laughter and reactions during and after her speech. That romance is a product of capitalism and was only invented 200 years ago made sense. Also that we should strive for community and not for coupledom. Love is not all we need and it can definitely not save us. 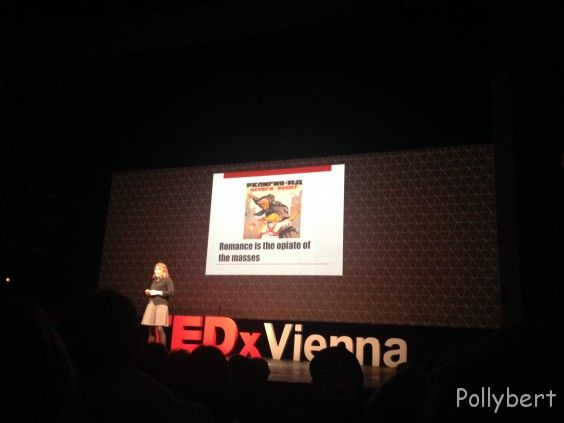 Next up were the Riahi brothers, Arash and Arman, who talked about their film Everyday Rebellion and why we should all get involved and stand up. I liked to think that signing multiple online petitions was enough but they succeeded in giving my a guilty conscience. What it takes, is to get up and make a stand for ones beliefs, non violent protest can go a long way (already Gandhi taught us that). So everybody should get involved, no excuses. 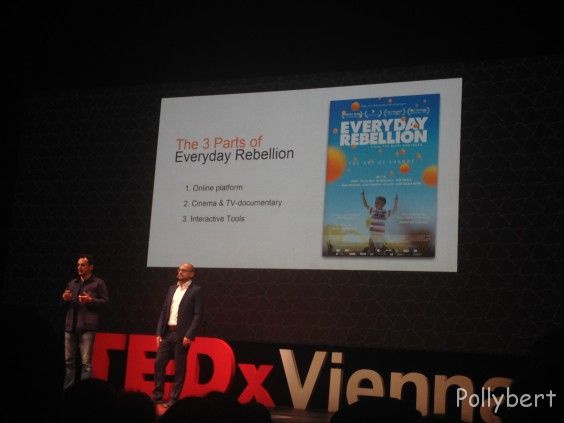 After another speaker, something about molten salt and TRIGA reactors (which sounded easy enough while he talked about it, but two days later it is difficult to remember what he said exactly), we went into the lunch break. Lunch consisted finally of a kebab due to intense queuing and a limited supply of food upon arrival in front of the buffet. What a disappointment! We had a choice of side order rice or noodles, really badly organized! 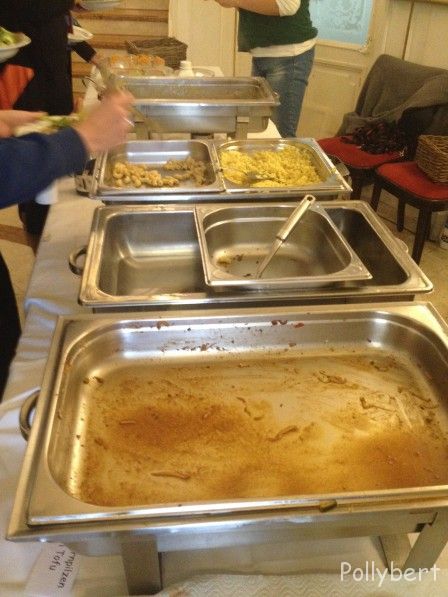 So instead we went outside (which was probably a good idea since it was a beautiful day) after having spent the better part of the lunch break lining up, to go to the nearest fast food place to grab something. At least we could enjoy “lunch” while sitting in the sun.

First speaker after the break was Heather Dewey-Hagborg and she made my hair stand up by telling us exactly what she can find out about everyone. With our DNA, left by accident or on purpose in case of littering somewhere public on cigarette buds, chewing gums, a stray hair or a nail clip, she can find out pretty much everything. Sex, origin, hair color, eye color, height, weight and so on. She turned these DNA examples in 3D masks and when showing the one she did of her DNA example the likeness was frightening. Click here to see. It’s eerie how much can be found out about anybody. 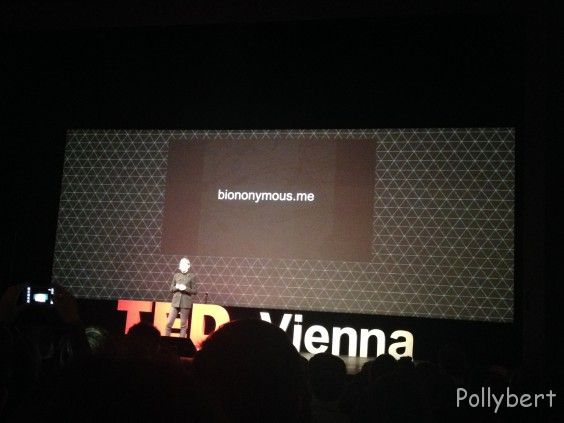 Next up was Wolfgang Fengler who talked about “How long will I live”. From the population growth 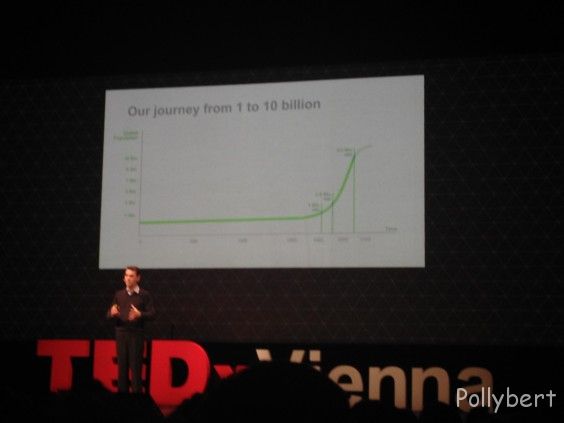 to where exactly is your place in the world’s population. 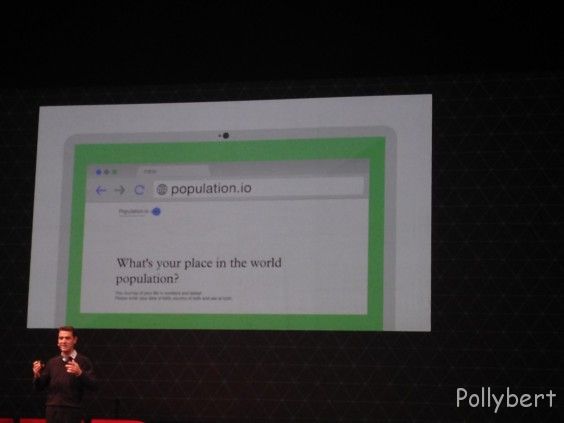 Very interesting and what I took from it, living in Austria helps. You to live a couple of months longer, whatever you do now with this information.

After another speaker Ludovic Ferrière was up, talking about the meteor impact on earth. I still don’t understand the difference between a meteorite and an asteroid but since he works at the Natural History Museum in Vienna, which has the largest and oldest collection of meteorites, we can go and visit him. He will give us a guided tour (I asked!)

Historian Roderick Miller talked about “Never forget where you live” and the website/app which was created for tracing the past. We should never forget about the neighbors who lived around us and then were gone the next day. The app/website helps you trace their lives starting with the address and it gives them a face, makes it personal. There are only a few surviving Shoa victims left, we have to make sure that this will never happen again! 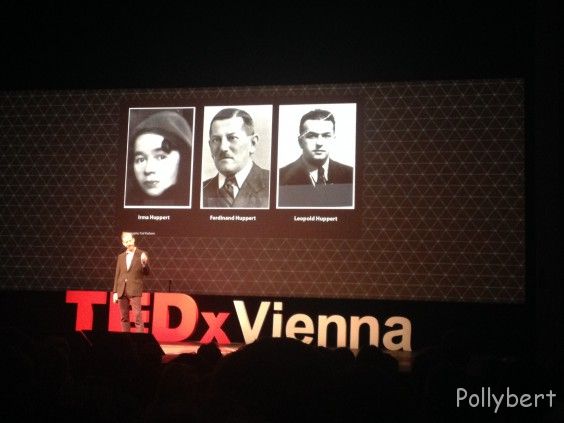 The last of the second block was Destin Sandlin, a rocket scientist but also a YouTube educator. He runs a video blog called “Smarter every day”. He showed us an interesting phenomenon, spraying the stage with glass while doing so (all part of the experiment), and it was pretty cool watching it all over again in slow motion. What he tried to instill in us was a hunger to learn something new every day which you can only do when you step outside your comfort zone. And there we were again, at the comfort zone. Time for a break. Yours, Pollybert 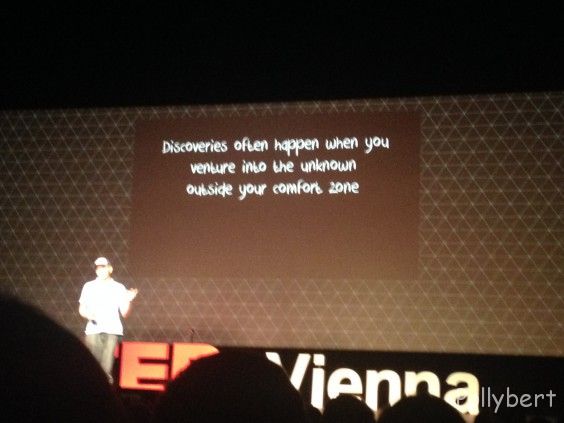