We made it back to Pakse after the zip lining without a hotel to go to. In the end we booked something online and went with the Phi Dao Hotel.

Dudley needed a day to relax after the more than challenging zip lining tour. Dinner the first evening was at the hotel which was negligible. I was in bed a short time later totally exhausted from all excitement of the day.

I started the next day with an intensive shoe cleaning and later went for a soup for breakfast. I haven’t had one since my last day of Saigon and it was quite good. Different from the Vietnamese ones but good nonetheless. 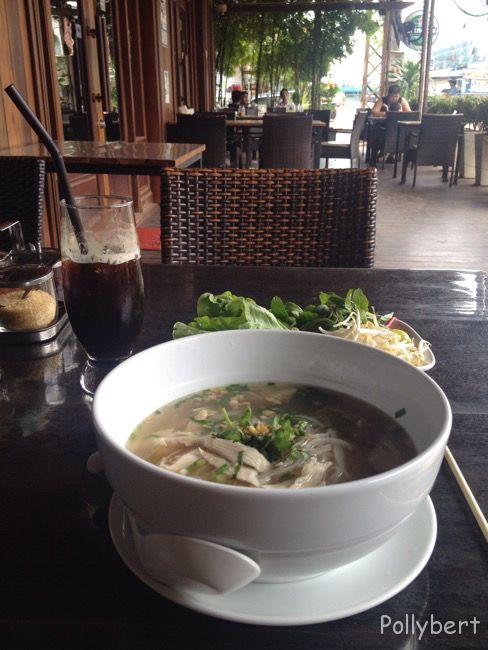 After that I brought my laundry to the cleaners and myself to a massage salon. I needed a long foot massage to get back in shape since new adventures were waiting for us.

The next morning we left by plane for Vientiane again. This was the easiest and fastest way to get up north. I had booked a night at the Be Na Cam Guesthouse which was located right downtown.

For the afternoon I had planned a visit to the COPE Visitors Centre which helps the victims of land mines. Laos had been bombed during the ‘Secret War‘ more times than Vietnam and the legacy of these bombing missions was still visible. 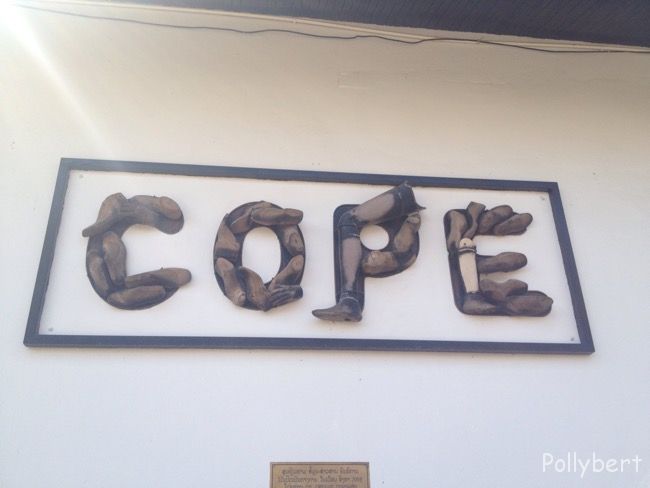 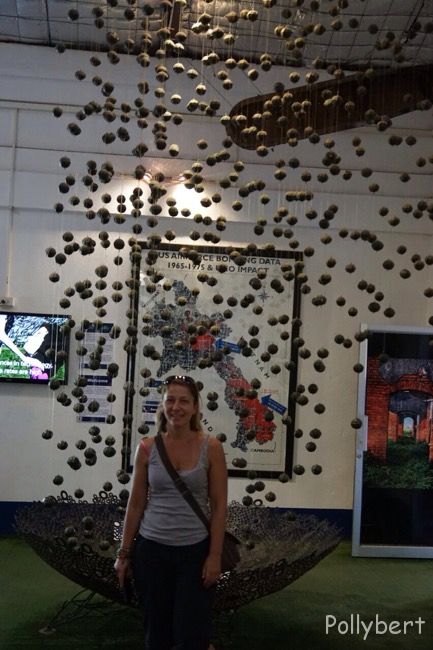 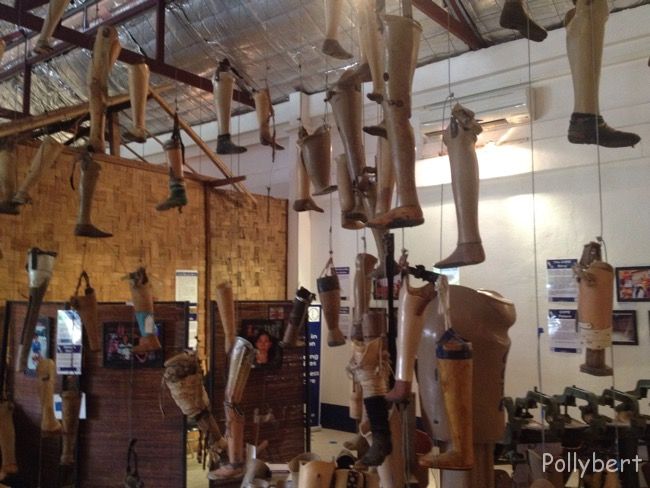 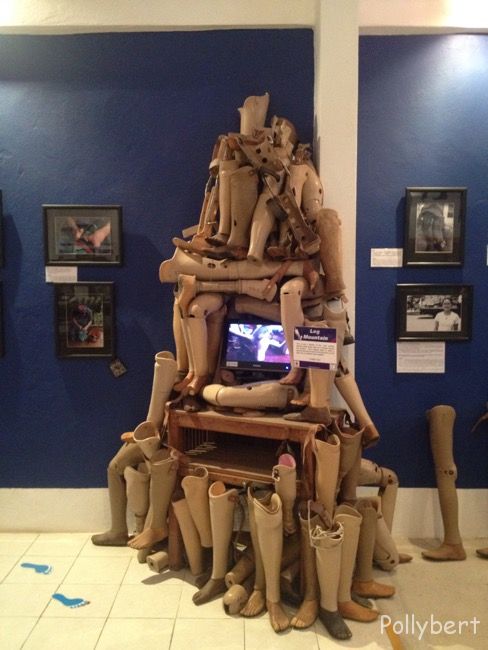 Dudley supported the program with a generous donation while I did so by buying a couple of t-shirts. 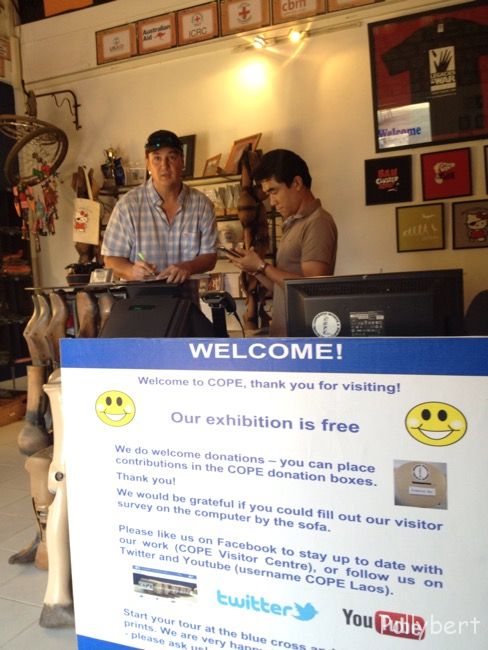 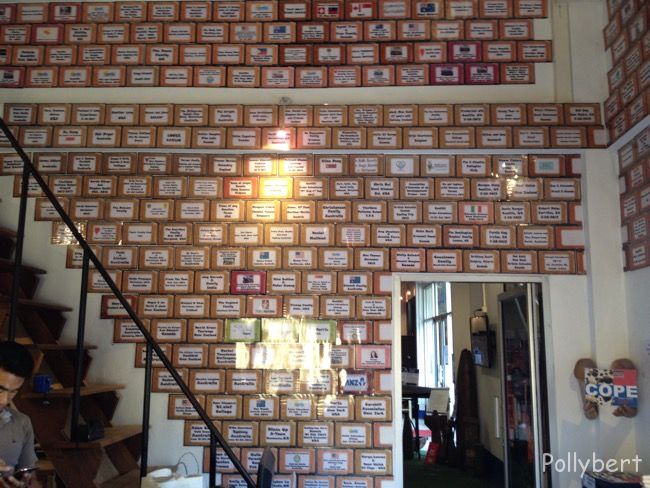 Even though I had this huge caramel French toast in the late afternoon that evening we went for dinner at an Italian place right around the corner from our guesthouse. Here I had my first glass of wine since ages and was more than disappointed. Maybe it’s the climate?

The next day we left for Vang Vieng a city about 4 hours from Vientiane. After the experience with the minibus from Ban Nakasang we had booked tickets on the VIP bus so that Dudley could stretch his legs. But buying tickets and getting a seat are two different pairs of shoes.

There was not one place available on either the minibus nor the VIP bus and since I was not ready to wait for the one that was supposedly leaving unscheduled 2 hours later, I insisted that they find a place for us. Which they did, just differently from what we expected. Dudley ended up sitting on the stairs while I sat next to the driver. 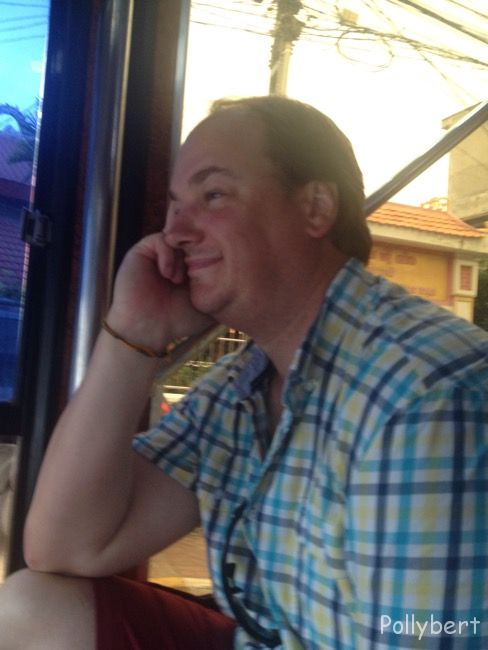 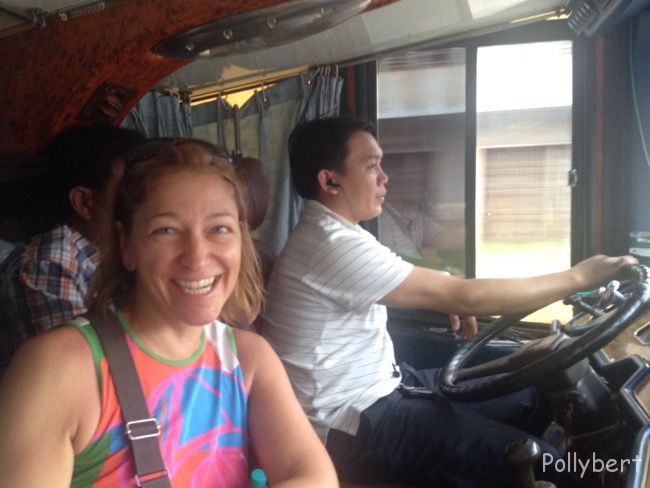 I offered my seat because I am a nice person (at least sometimes) but Dudley wouldn’t budge. We had one stop in between were I tried roasted bananas filled with shredded coconut. 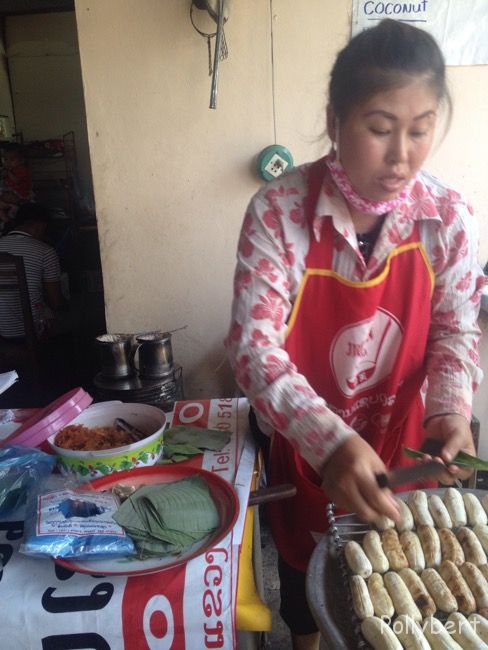 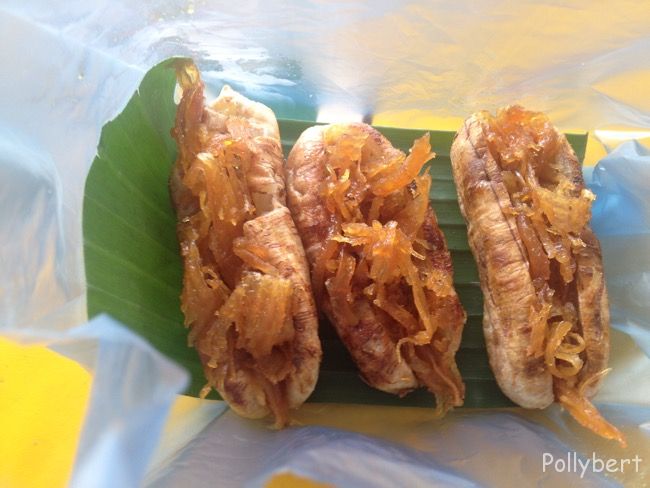 That the trip in the end did take around 6 hours made matters slightly worse for Dudley. In the end we made it though to Vang Vieng and even managed to walk to our guesthouse without major problems (thank God it was such a small village where everything was within walking distance). Yours, Pollybert