Right after the museum we left for the Heaven Lake. This lake is holy to the Chinese and the Uyghur, or just to one of them? Nor really sure why or what but also sure that you can read all about it in this link. We went there because it is an alpine lake, very beautiful and surrounded by white-capped mountains. With blue sky it looked magnificent on all pictures in the guide books and this was what we wanted to see.

Anyway, the drive there was long and uneventful but eventually we arrived at this expansive parking place and trudged into the huge entrance hall. Right off we had a security check. I think there is no building in China where there is no security check, even the smallest hotel has one installed. 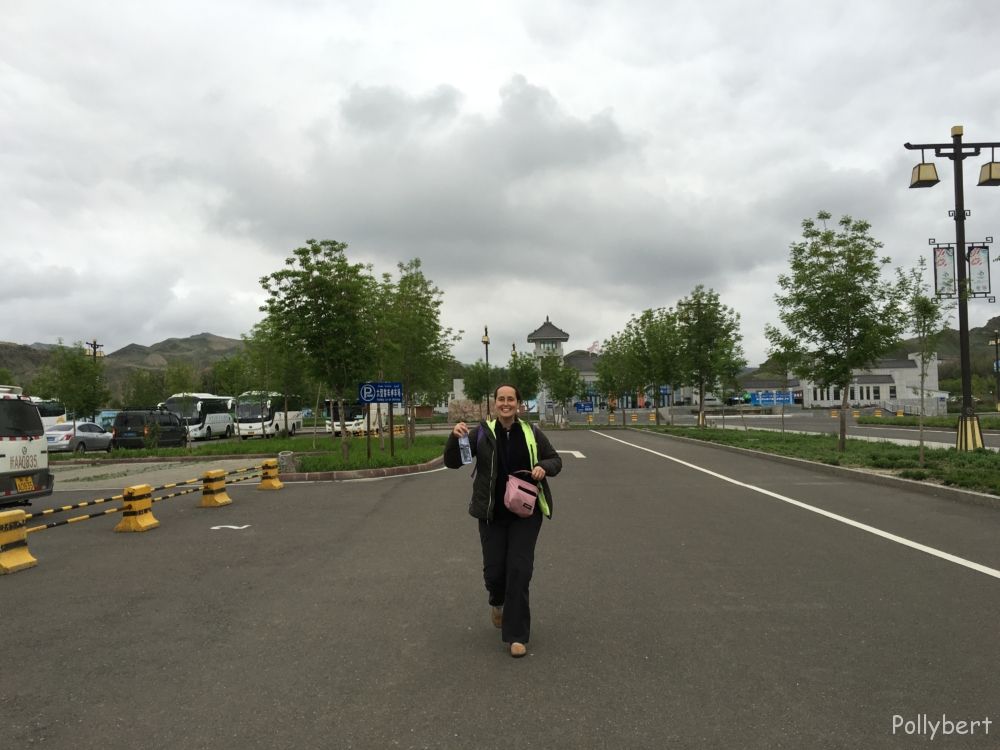 the way up to Heavenly Lake 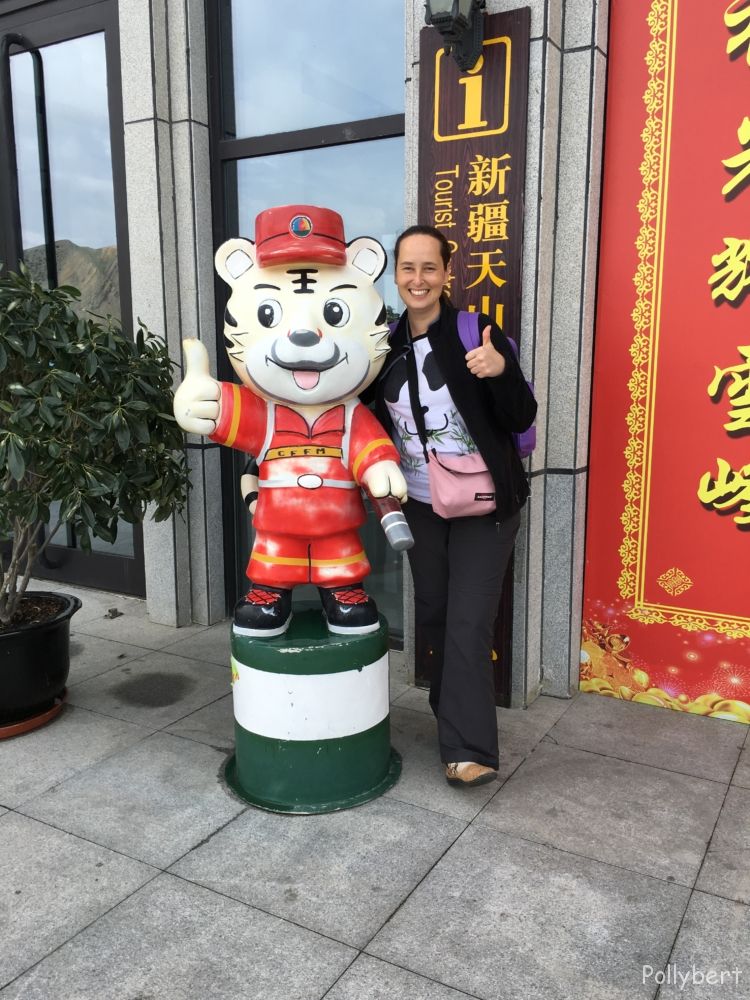 Tickets then were quite expensive even for China. But for your money you get something. We went on the first bus for about 15 minutes, got off, walked around an amusement area where minorities were putting on show for tourists (or as in our case were just too tired and sat around), bought some fresh-baked bread and then got on another bus to bring us even higher up. I was glad that I had my jacket and even my wooly hat with me because just looking at our guide in his t-shirt gave me frost bites. 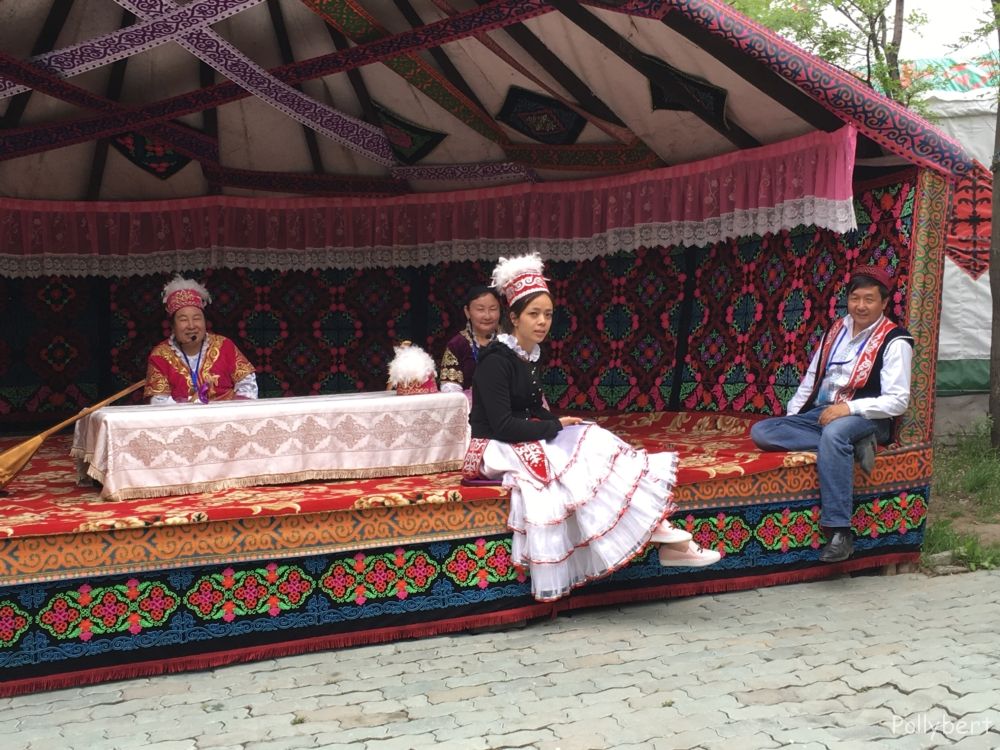 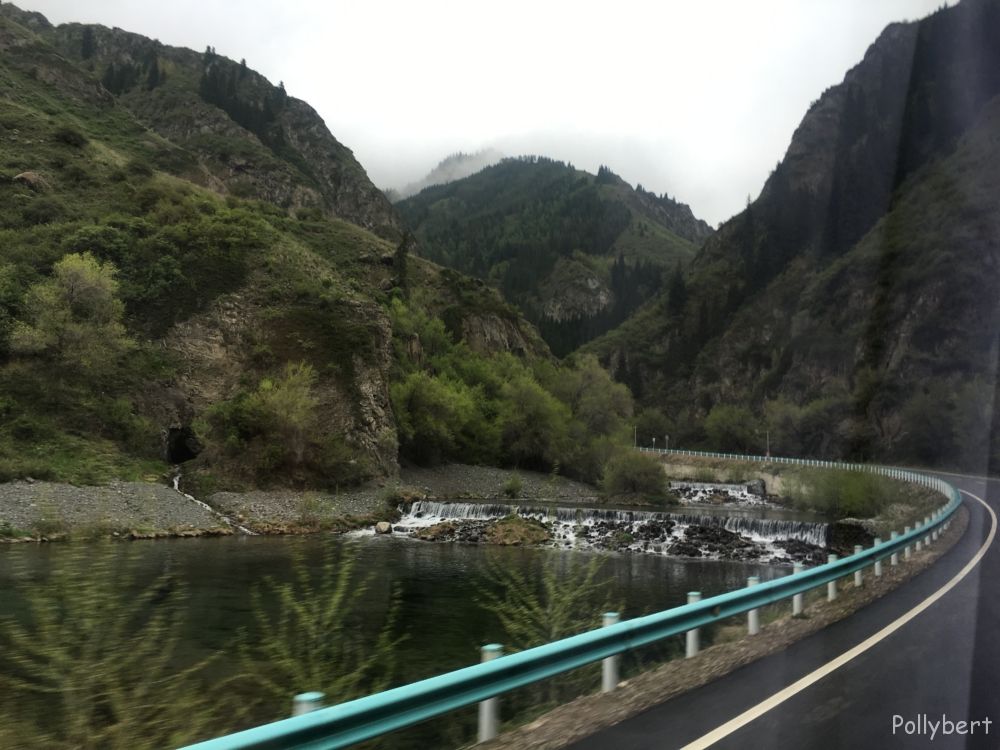 on the way to Heavenly Lake

Please check out the well camouflaged broadcast transmitter, they were all of the place and all of them were so “well hidden”. 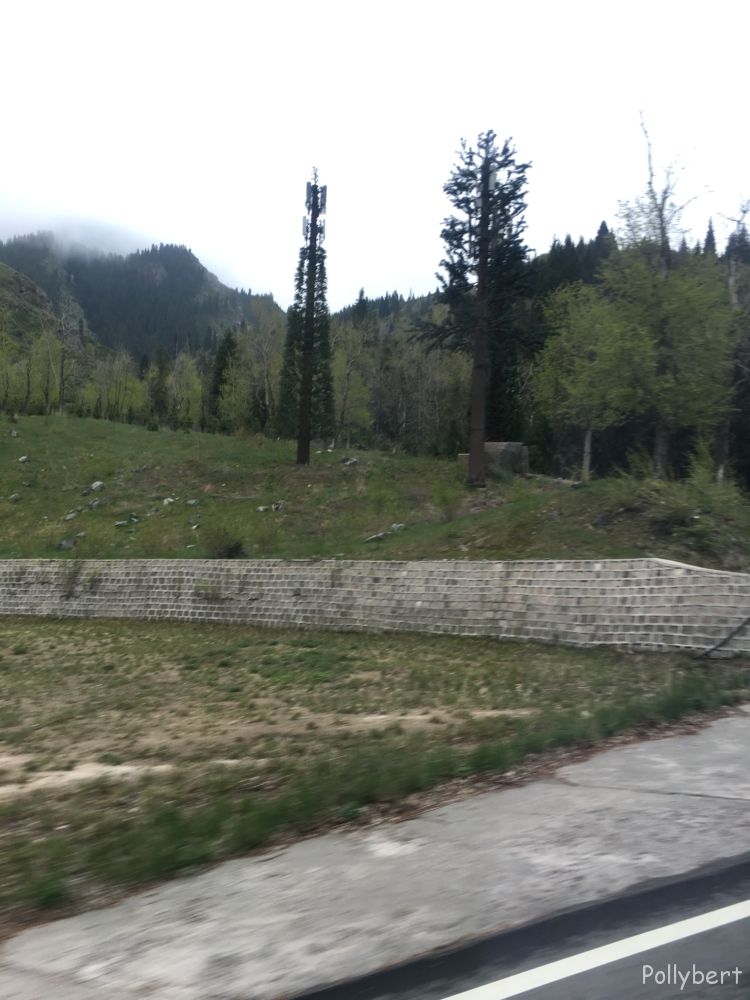 on the way to Heavenly Lake

At the final bus stop jackets were rented to the tourists and all around the lake then were people in army-green winter parka. After another 10 minutes walk uphill we finally saw the lake and were thoroughly disappointed. There were no snow-capped mountains to be seen much less an alpine lake. There was more or less a soup of fog with a bit of water in front. At least it also kept the tourists away. 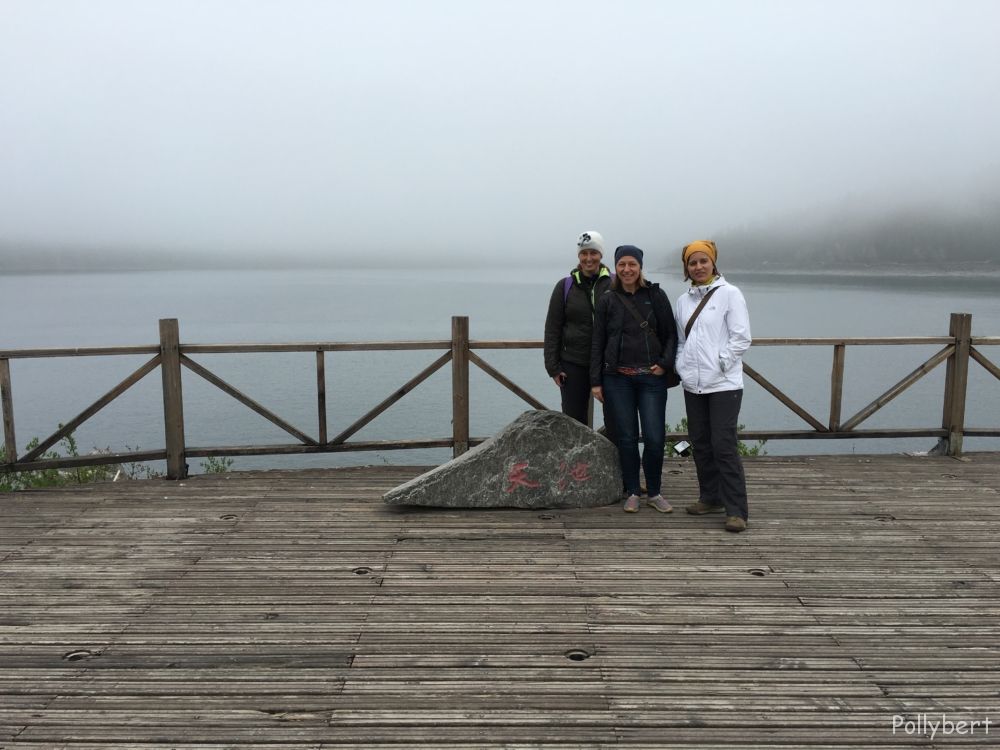 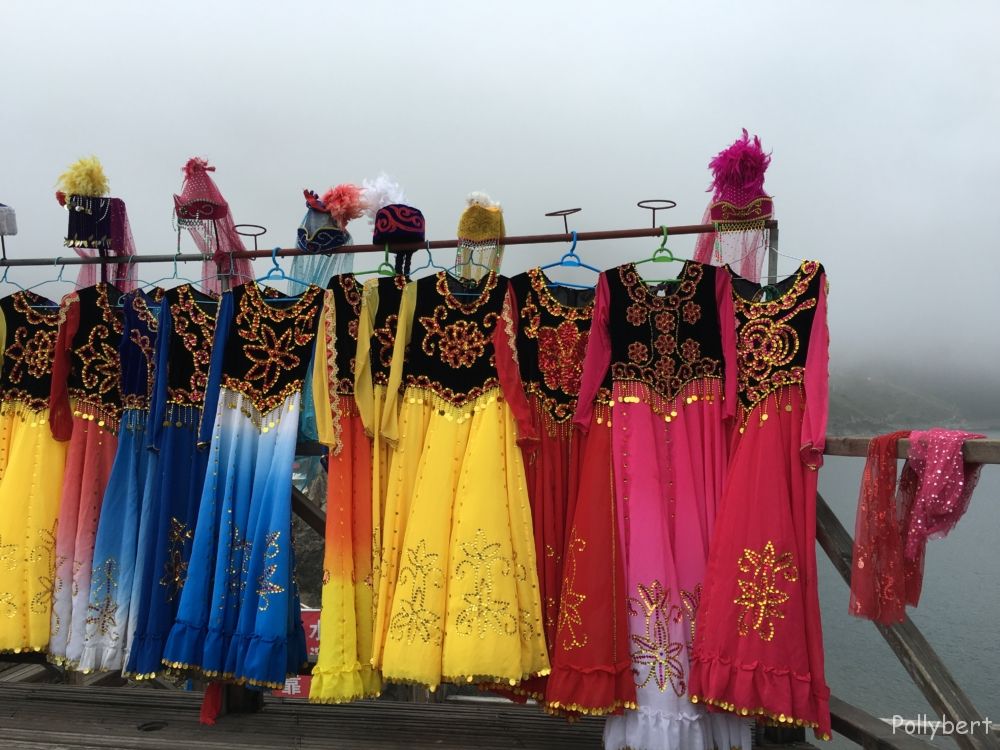 With a little bit of imagination you can almost imagine the white-capped mountains here because we saw it for one second and I was just too late with the camera. 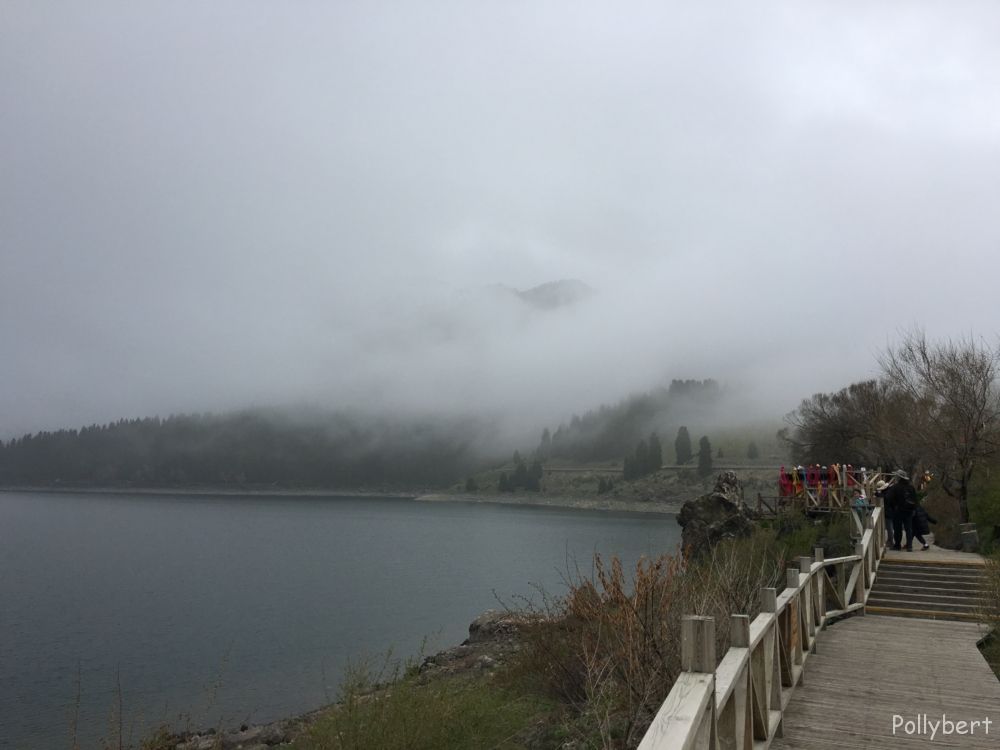 As you can see the Chinese like nothing better than to create fake looking things that they then put into the scenery. Like this hollowed out tree trunk which was used as a garbage can. They also had great looking speakers in form of larger tree trunks. 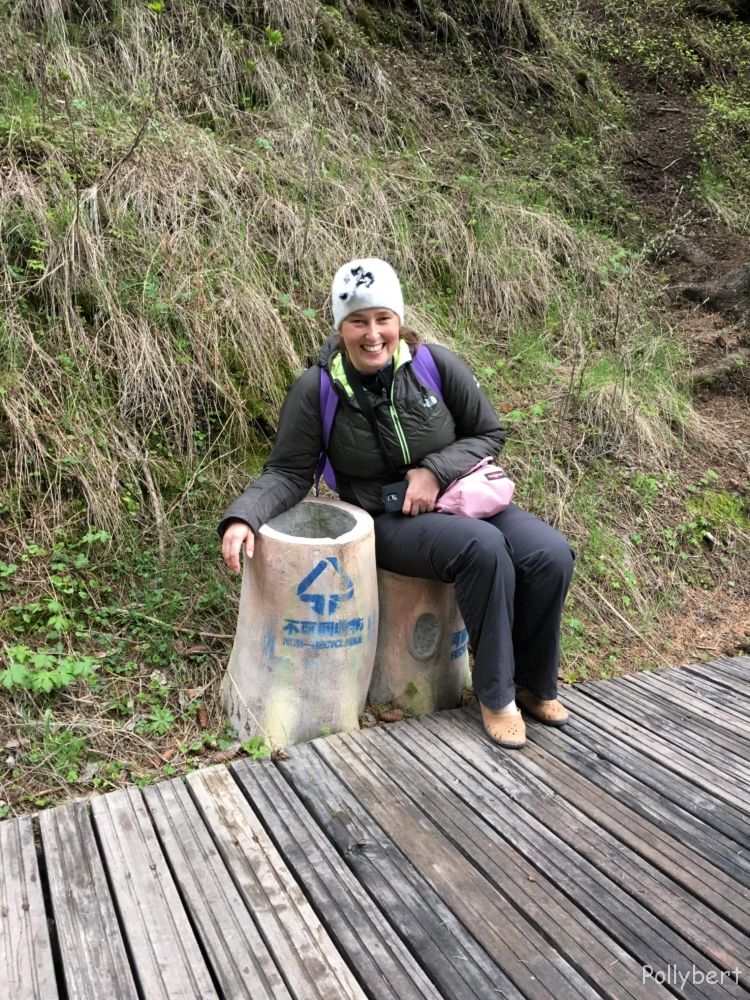 Also nicely done is the Chinese touch on Nature. Nature by itself is never enough and can always be improved, best done with big signs and letters so that no one can take a picture without it. 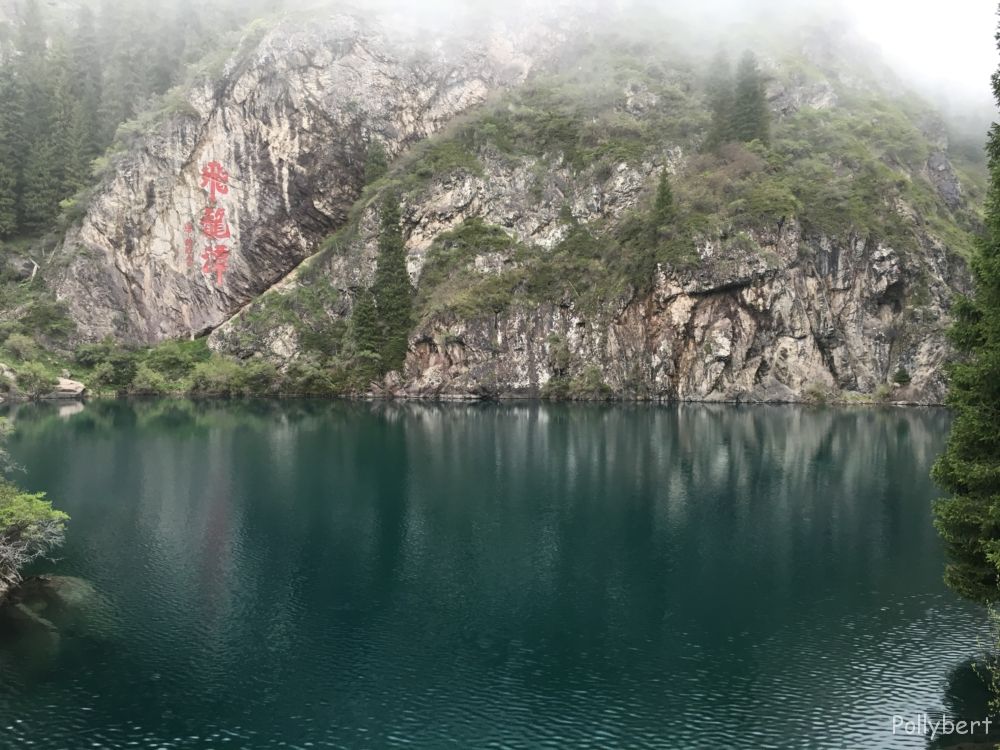 area around of Heavenly Lake 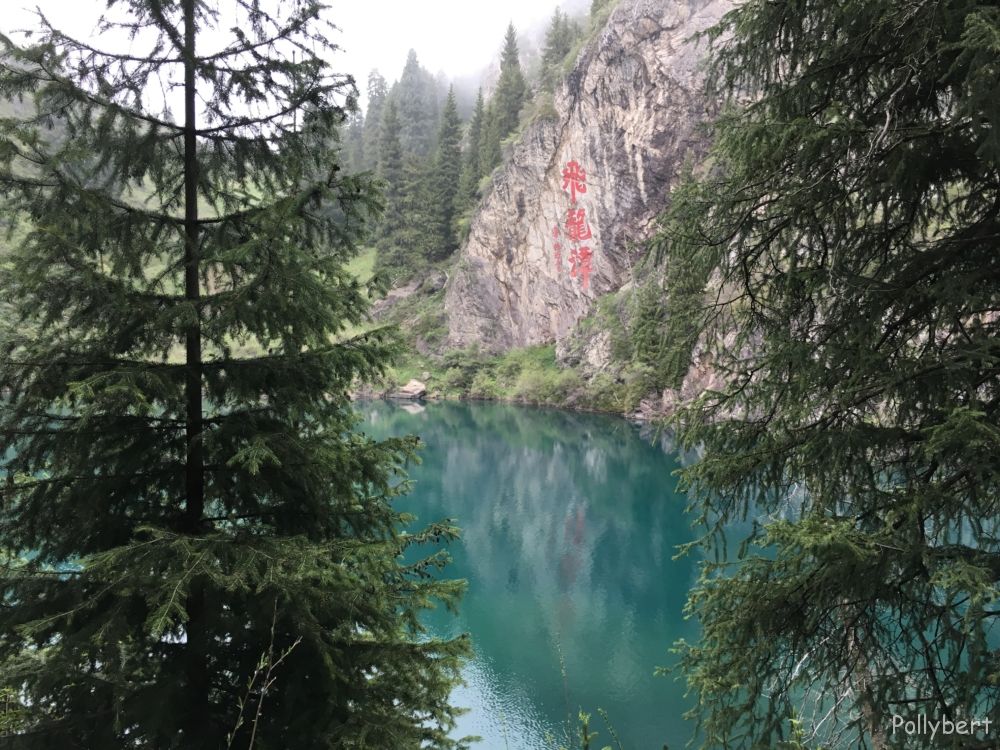 area around of Heavenly Lake

Walking back to the bus we noticed that the fog had gotten even more intense and the view on the lake was by then like this. 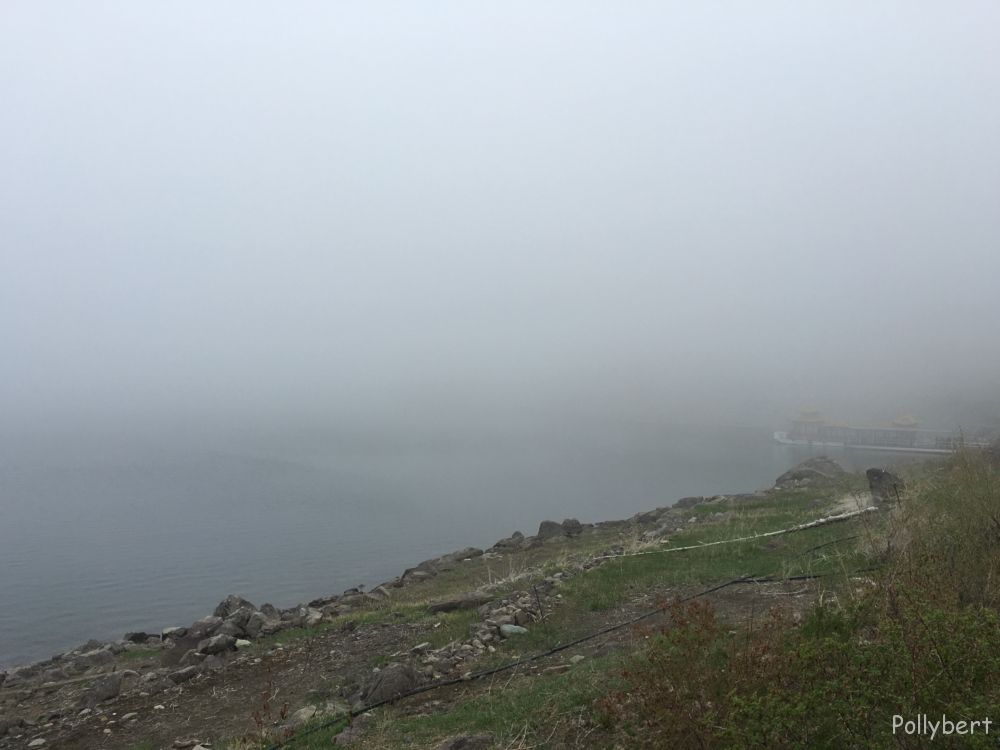 When we left the lake it was already in the middle of the afternoon and we were all hungry including the driver and our guide Omar. He hadn’t really talked a lot but once we started asking (pestering) him with questions he was a fountain of knowledge. So when we stopped for a late lunch/early dinner I followed his lead and ordered the same thing. Noodles with meat, called here in China Lamian or laghman in Uyghur. 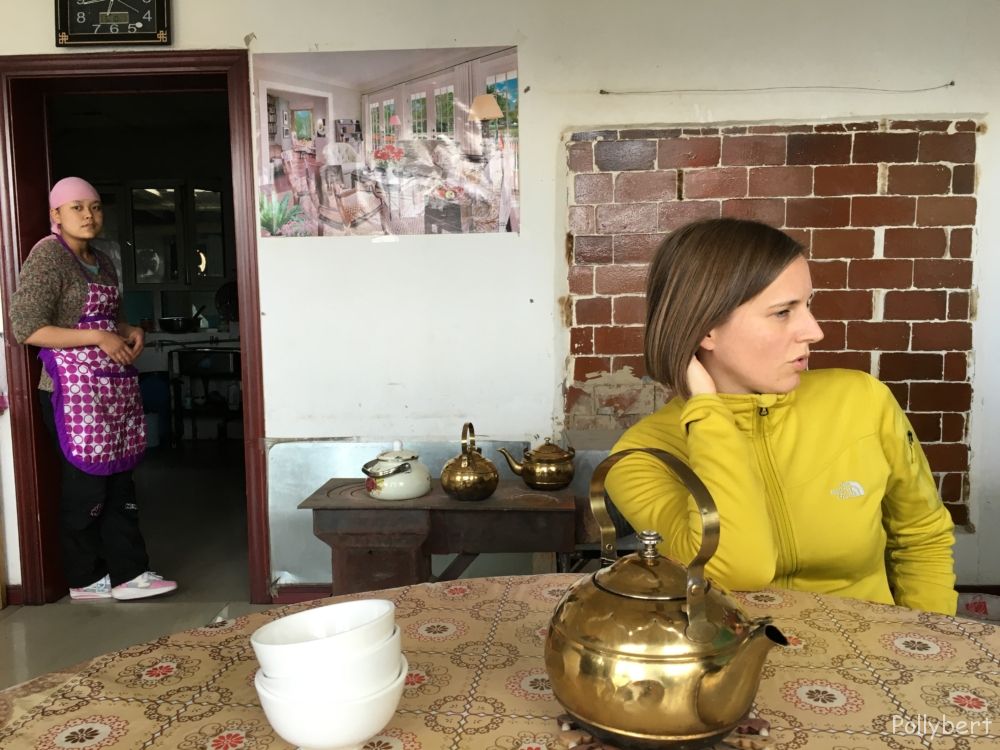 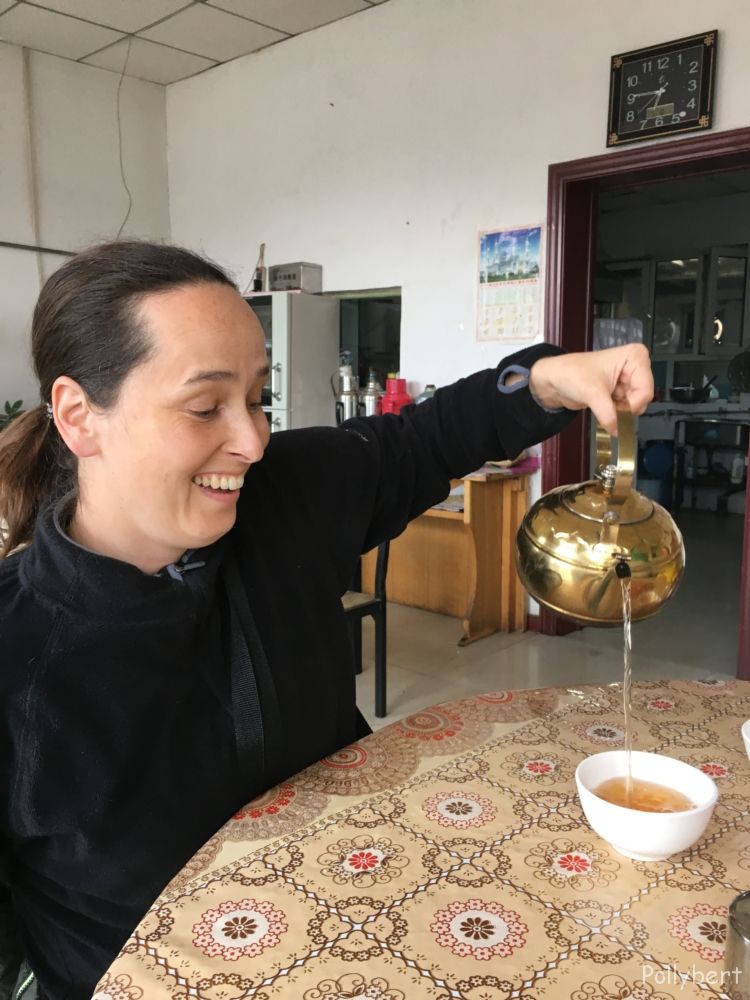 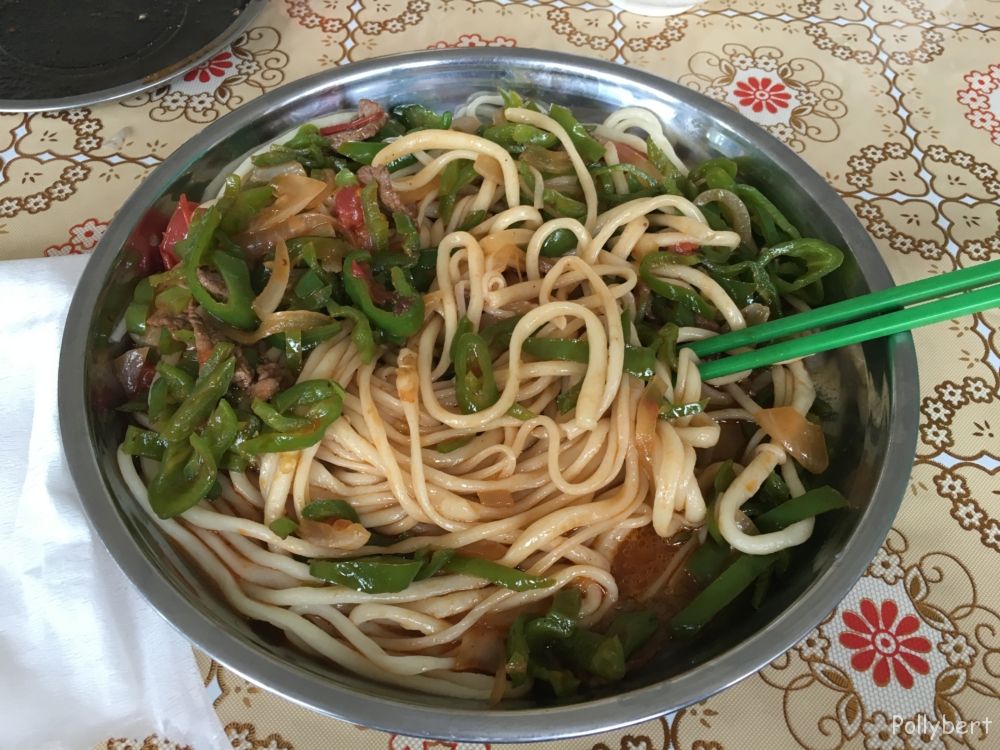 And what a wise decision it was to eat a full meal. Because on the way to our homestay in Tuyuk village we got into a sand storm and the drive took hours. There was no more dinner for Sylvia (the vegetarian) who couldn’t eat her soup because it was made from chicken stock. Babsi our quota-vegan had no such qualms. That’s what I like about being a carnivore, I can eat everything and have a good conscience. 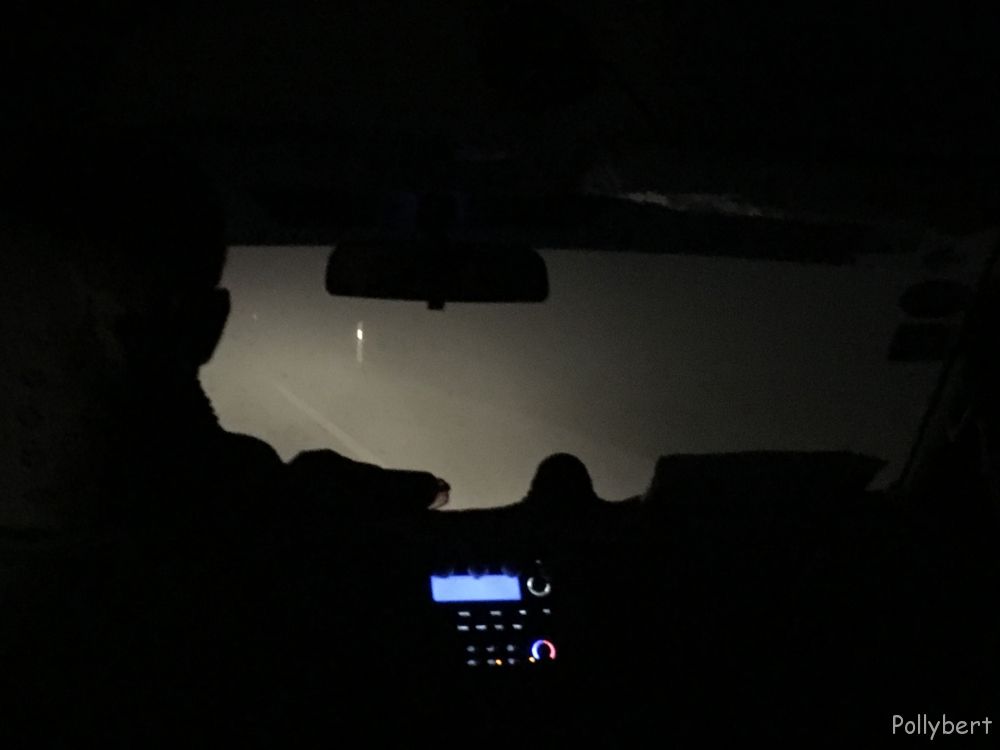 When we arrived at the homestay shortly before midnight the family was already in bed. They should have stayed there because after one look in our room and a glance at the bathroom facilities (wow that sounds so posh when in reality it was an outhouse with no light inside a storage hall) we got an idea just how basic this accommodation was going to be. 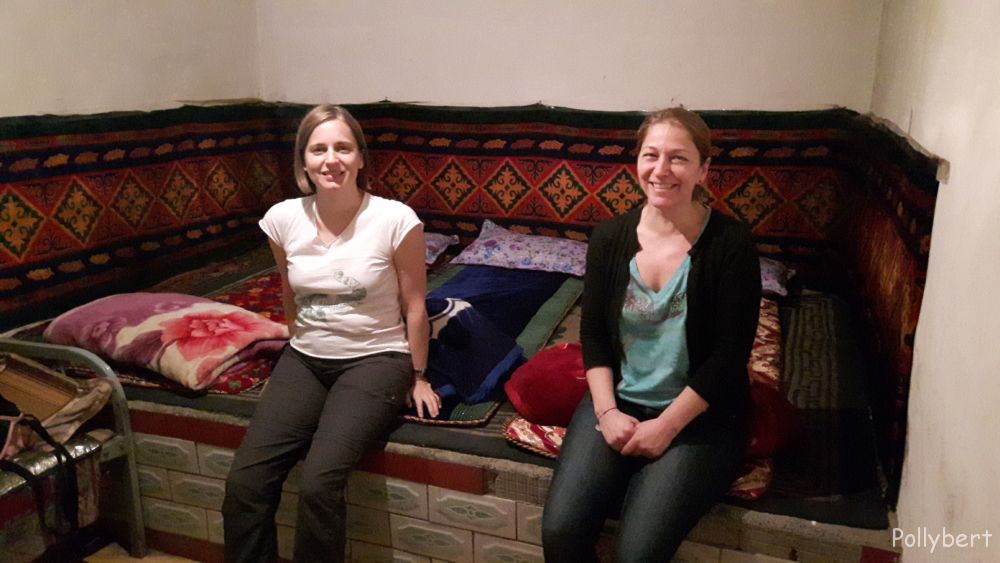 No way we three spoiled girls would stay there, so we ordered the driver to put on his shirt again and drive us back to Turpan. We asked for a transfer to a hotel and checked in around 1am. Isn’t it great that the guest is always king? How Omar stayed so calm with us also speaks greatly for his qualifiacations as a guide! Yours, Pollybert

PS: Before the sandstorm hit the scenery on the road to Turpan and further Tuyuk village was beautiful. 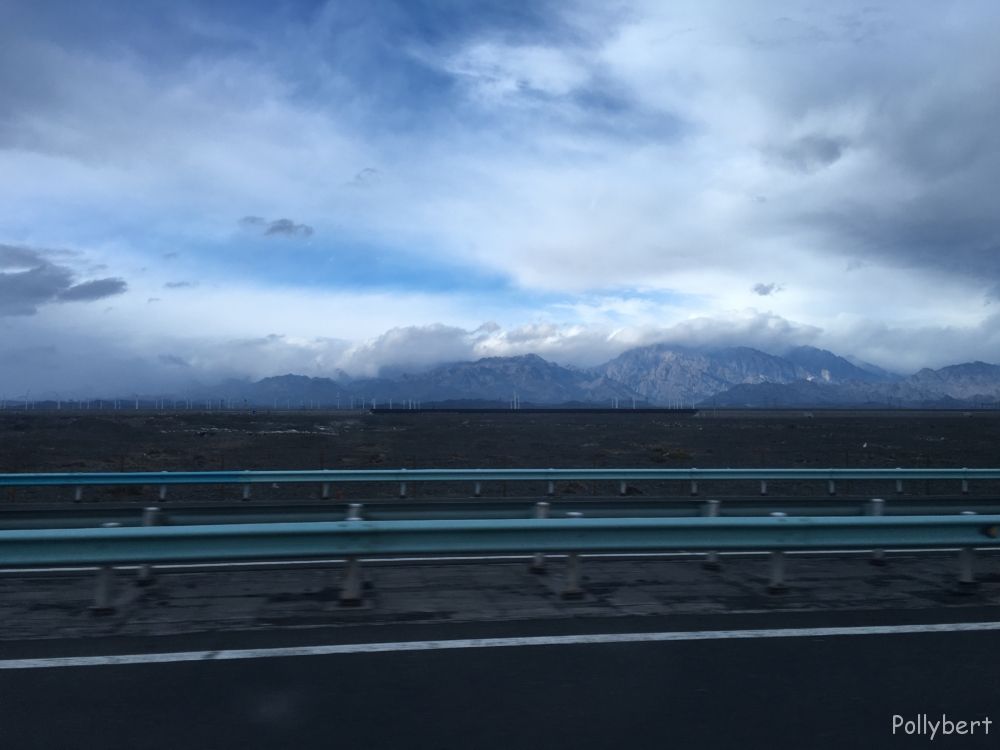 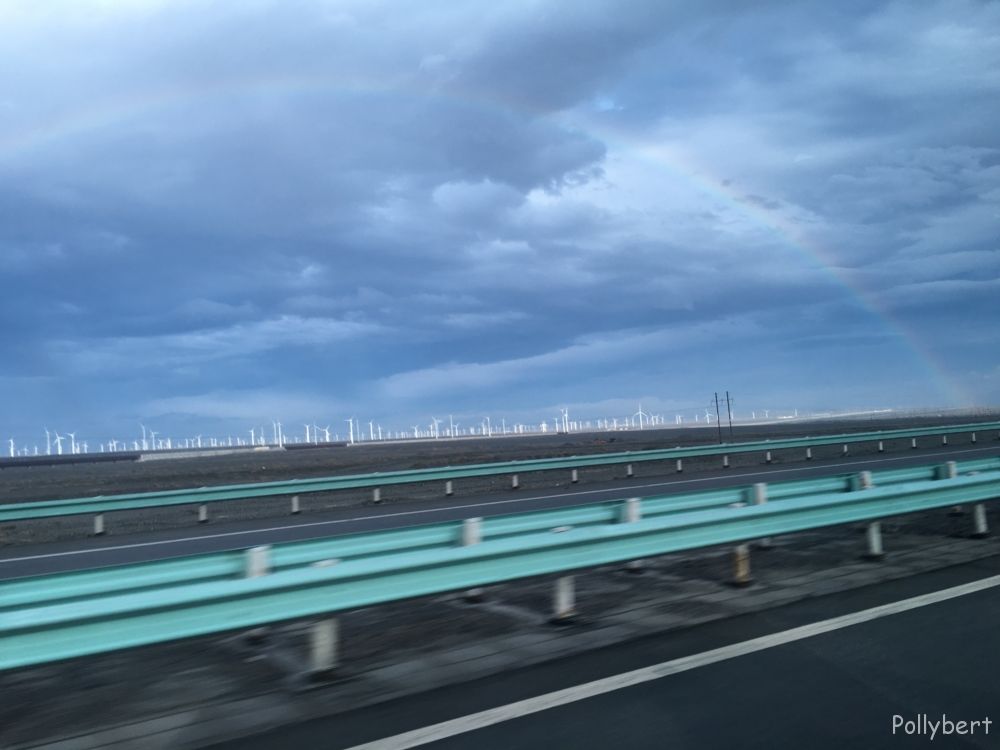 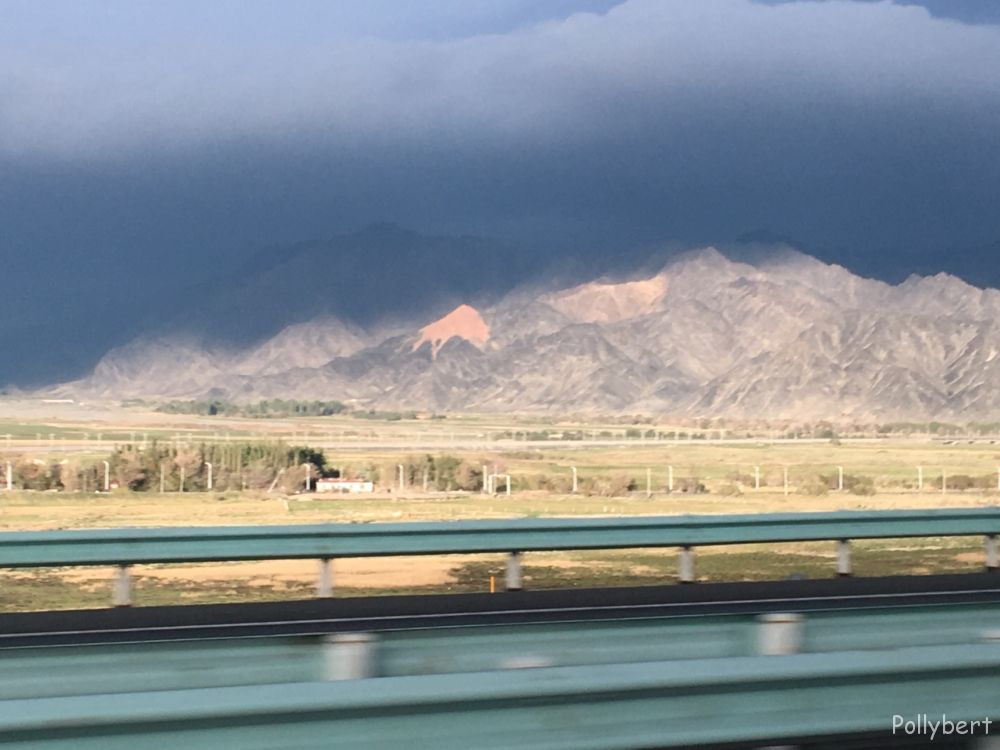