Touching down in Mykonos

What better way to prolong summer than leaving Vienna and heading for Greece. Even though I had already been there this year, Greece never gets boring with all its different islands. In the same formation that we traveled to Ios two years ago, two girls and a guy, we flew to Mykonos. Again the final destination was not the island with the airport, but a smaller, less touristy one. We would spend our holidays on Paros to relax and enjoy Greece at its best and only after that head to Mykonos for a bit of party.

There was nothing I was going to miss in the next ten days in Vienna and armed with my reading list I was ready for some serious beach vacation. We arrived on Mykonos in the afternoon and got picked up by Paola’s Town hotel, which was an amazing service. I really love it when you don’t have to take care of this. So what was else there to do than already working on our tan?

Arriving by bus at Paraga beach, I needed a beer first to acclimatize and to get over the fact that the beach was worse than in Rio. What’s with all the cozying up on the beach? Don’t these people want to have a bit of breathing space? 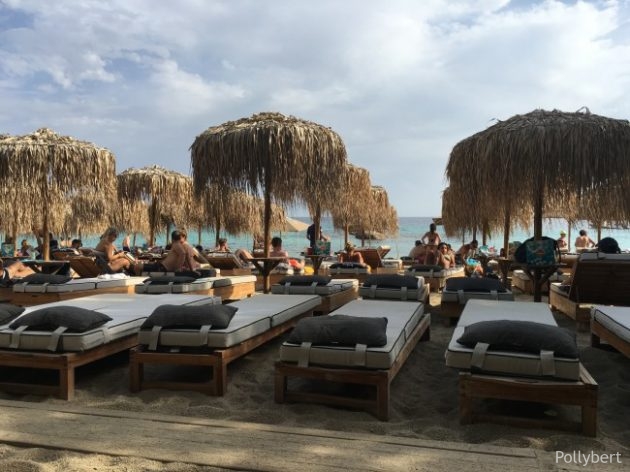 That first beer at Kalua Bar didn’t make it better, it just showed what to expect from Mykonos. Party, party, party and over-priced beer. But more was to come once we found a small strip of beach with sun chairs. Putting down my towel I was staring almost right away onto a pair of hairy nuts. Nuts as in attached to a d*ck. We had landed on a nude beach and the only nudes were old and male. Why is it that manspreading is happening now everywhere? Anyway, from here on out I just needed to go with the flow. We got more beers at the nearby super market which really helped to make this first afternoon go by in a breeze. 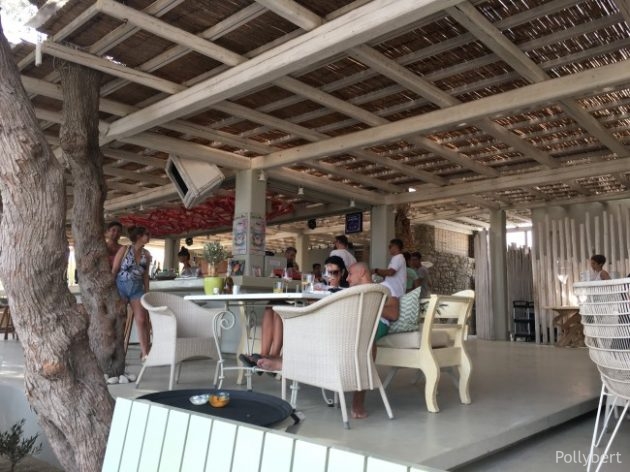 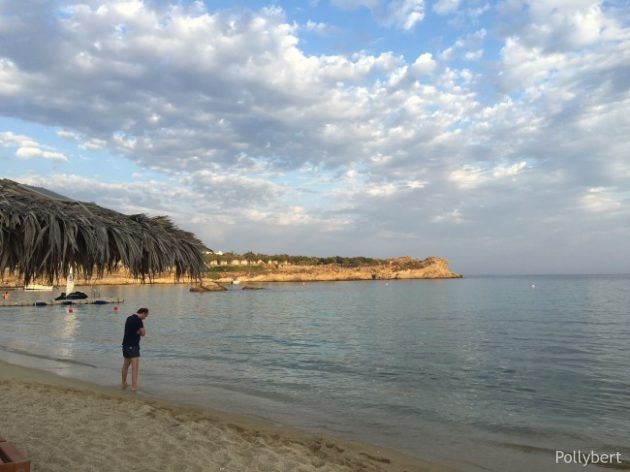 Just around the corner was Scorpios Club  where we headed to check out the sunset. Scorpios club was full of beautiful people, dressed to nines most of them and music on full blast. Overall a bit much for us on this first day especially since we were not dressed for the occasion and also didn’t have the right tan. 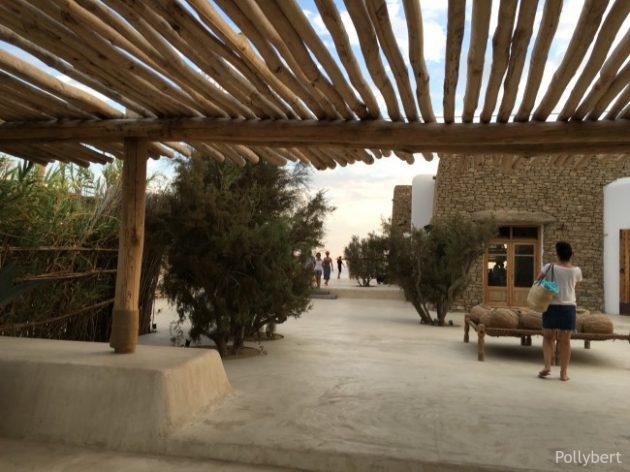 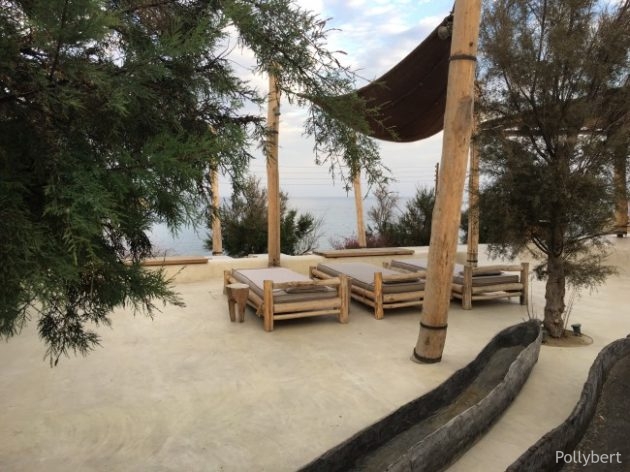 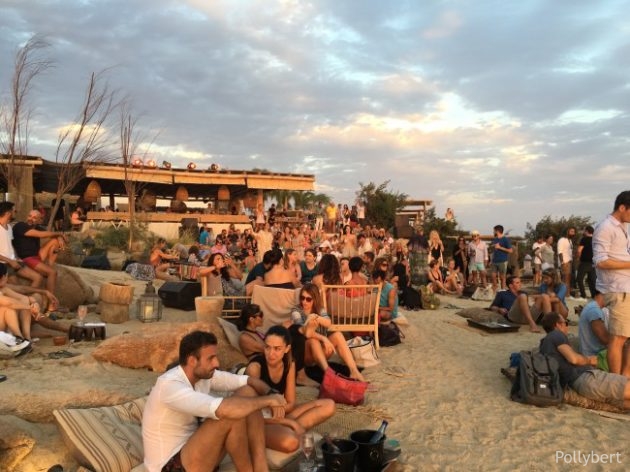 We left without drinking something and headed to Nikolas Taverna which was just around the next corner. Great view, amazing food. 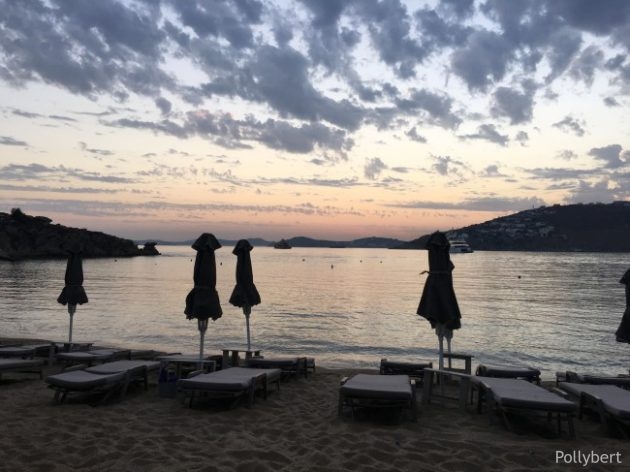 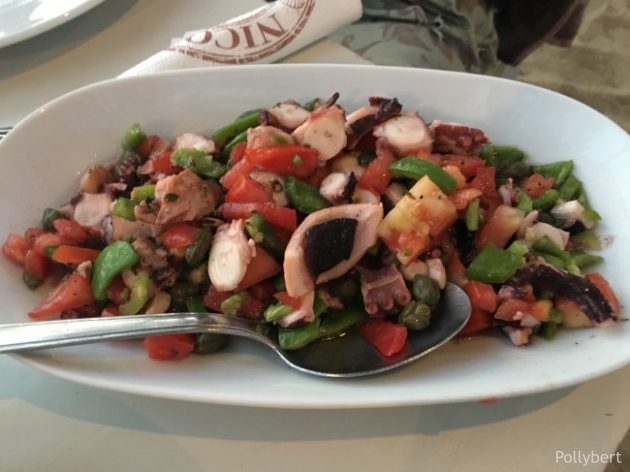 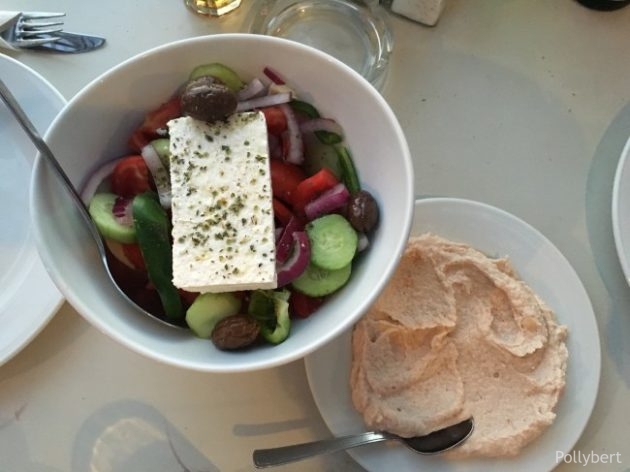 It was also interesting to note that the tables sold at least twice, sometimes three times during our dinner. Definitely a great restaurant on this island! We left in the direction of the bus stop, a ten minutes walk along Platis Gialos Beach but funnily enough after 300 meters a car full of Brazilians, all girls and one driver called Sergio, stopped and asked if we needed a lift (personally I think they were either totally drunk or we must have looked a lot younger from behind). We got in the open boot of the jeep, shared a laugh and a beer and got a lift back to Paola’s Town. 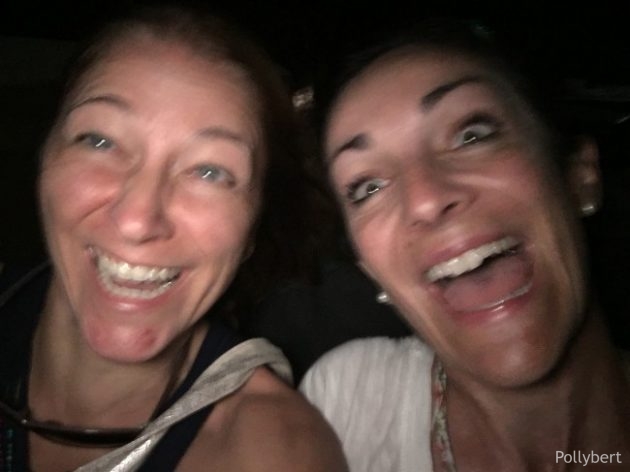 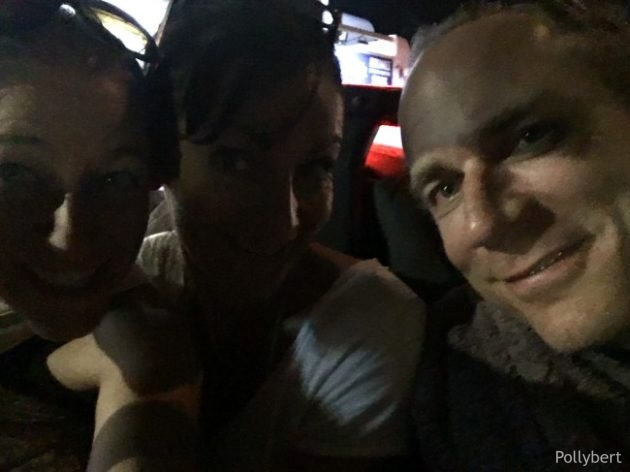 While the Brazilians only got ready for dinner (oh how the times have changed!), we headed out for one more drink in Mykonos town. 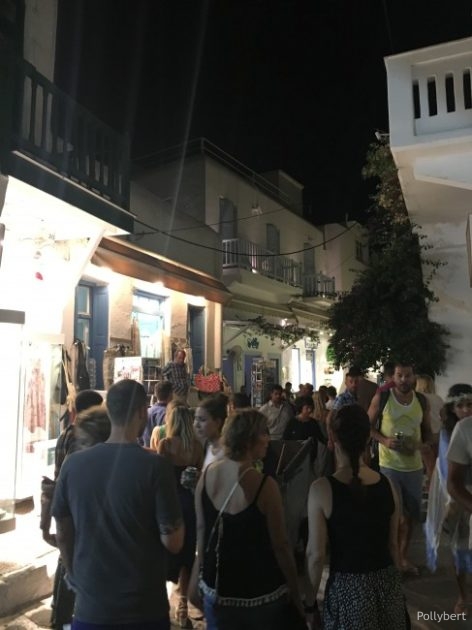 We had a beer while walking around and soaking up the atmosphere from Mykonos. There was so much still happening and the town was full of people everywhere. It was all a bit much on this evening. We ended up walking back to the hotel after one beer, exhausted from a day of traveling and doing nothing. Yours, Pollybert