The beaches of the Snæfellsnes Peninsula

The Snæfellsnes Peninsula is in the western part of Iceland, about two hours away from Reykjavik. It enchants with waterfalls (see the first part of the tour) and an abundance of beaches and local fauna. What all the beaches in Iceland have in common is their color. They are all black. And the ones in Snæfellsnes are no different.

We stopped at the Djúpalónssandur beach where a trawler called Epine got wrecked in ’48. Parts of it are still on the beach. What I liked best though were the four stones. Seamen tested their abilities with them. From “useless” (23kg) to “full strength” (154kg); I couldn’t lift a single one so just call me “useless”. The beach itself was warm and invited to lie down. And that despite it being a blustery cool day. Must be all the black color which absorbs the few rays of sunshine. 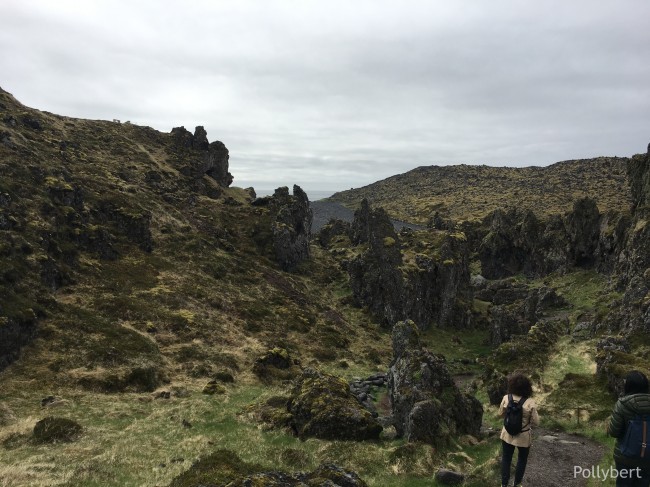 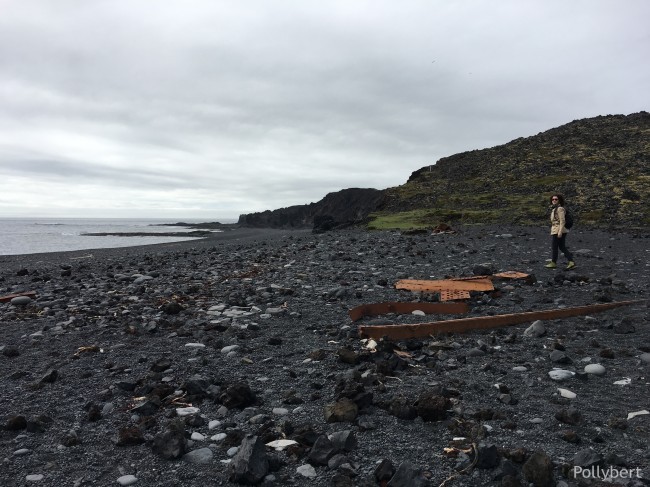 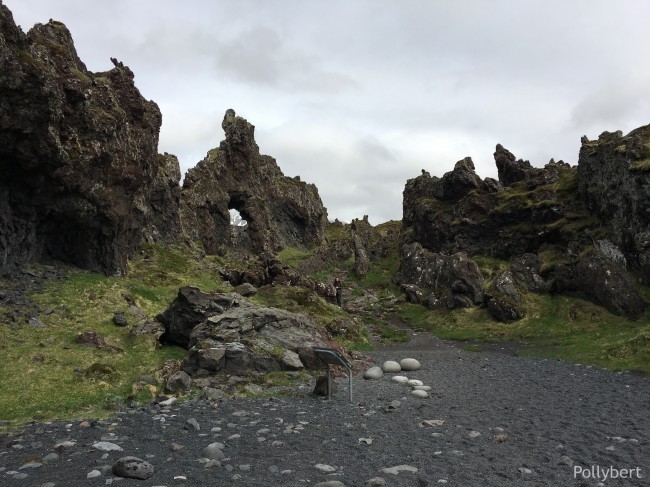 test your strength; would you be an able seaman? @Iceland 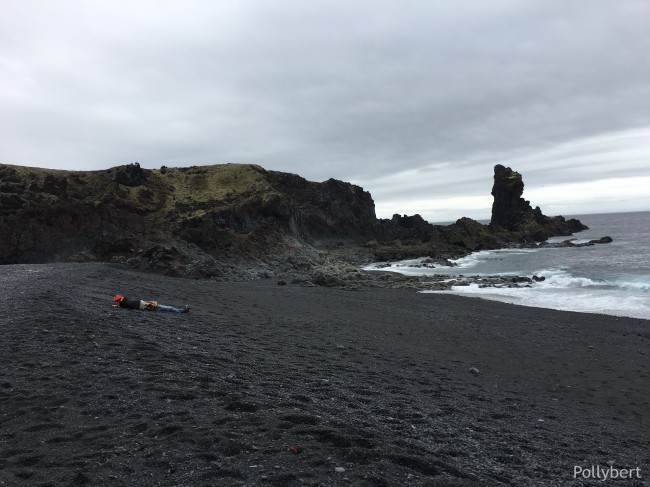 see how the beach is warm enough to have a nap? @Iceland

Then on to Arnastapi beach at the foot of Mt. Stapafell where the cliffs have been transformed in beautiful basalt structures. Some of the cliffs even looked like stacked logs. Thousands of birds inhabite these cliffs. Sorry that the bird picture isn’t more in focus. My phone doesn’t zoom so well. 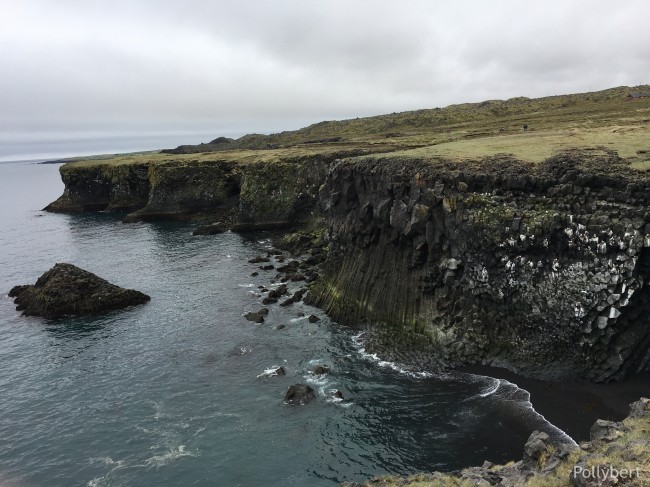 the cliffs of Arnarstapi @Iceland 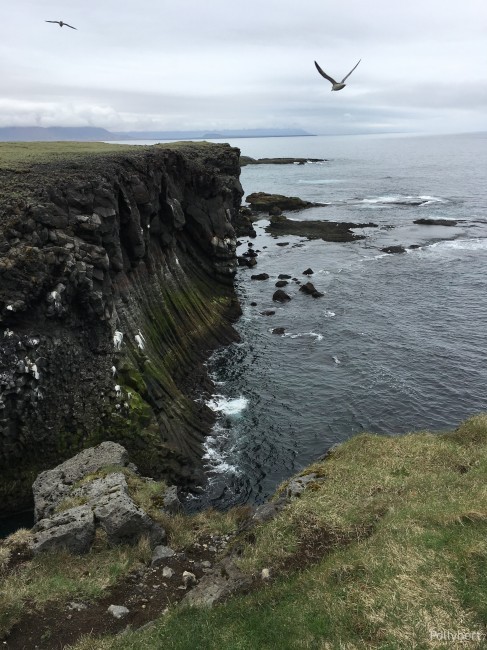 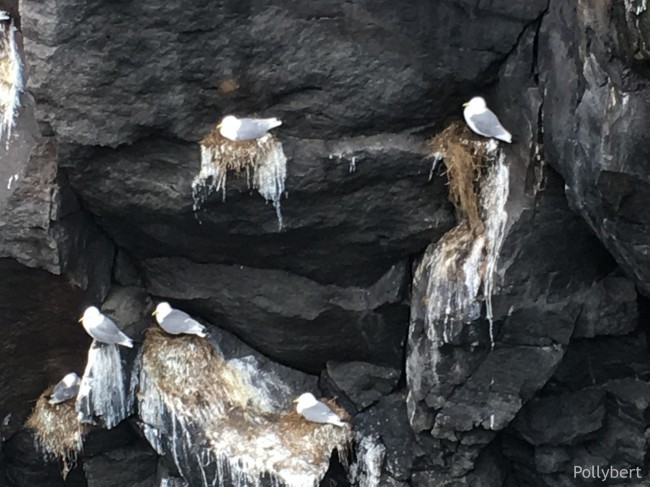 Last place was Ytri Tunga where we watched seals. If you haven’t seen them close up then you are in for a surprise. Their antics were funny, always looking checking and then turning around. I really felt they were just posing for us. The short video can be seen here (I know, I know it’s again not in focus. I’ll think about getting a real camera). 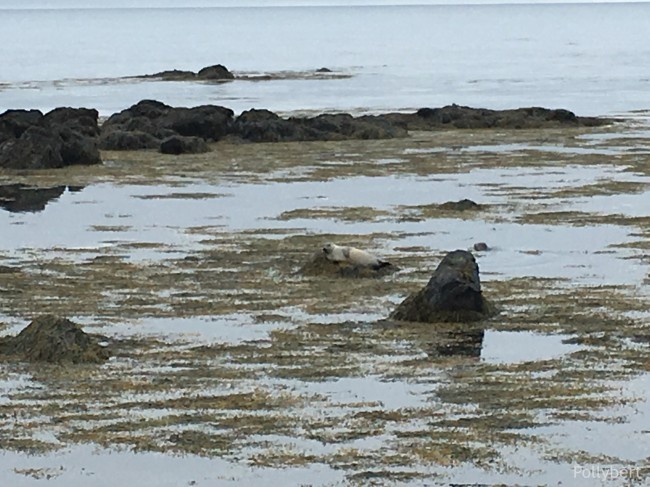 Snæfellsnes Peninsula might not be on top of everyone’s list but maybe that’s why it was such an amazing tour. We had booked the premium package so we were only eight in the car. It felt like a family trip. Yours, Pollybert