Discover the city of Riga with a walking tour

In the hazy days of August I traveled up north to Riga only to arrive there for rain. All summer long the weather there had been as beautiful as in the rest of Europe but I picked another winner weatherwise. No matter, sightseeing is so much better when the weather is cool. The only problem is the sky, which in grey is not such a nice backdrop on my pictures. So I hope you don’t mind that when I introduce you to Riga.

The old town is beautiful and is best discovered with a free walking tour. I really love doing that in any city I go to. Usually someone local guides you and gives lots of interesting information as well as valuable tidbits in regards to bars and restaurants.

There are of course the obligatory churches which you can find in any city. Like a St. Peter’s or St. Mary’s Cathedral. In Riga you can find both. 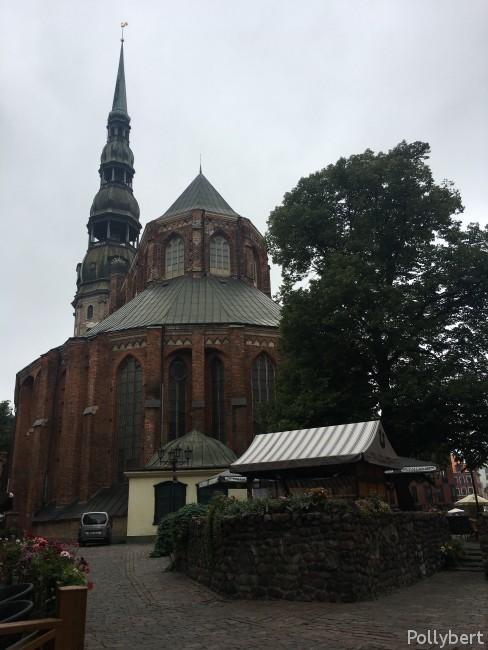 Since the city has a really long history with the Hanseatic League beautiful buildings are abundant. These can either be guild buildings or houses for rich merchants. Like the House of the Blackheads, which was a guild house for the unmarried. 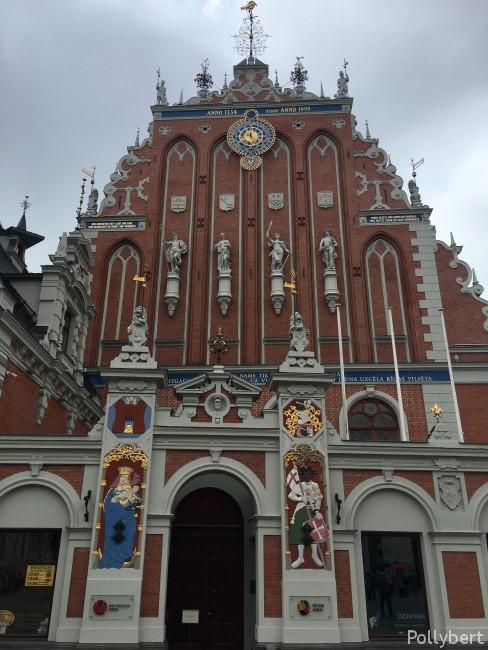 the House of the Blackheads @Riga

The married ones lived for example in something like  The Three Brothers. How they came by this name I have no idea since they are not related. The house to the right is from the 15th, the one in the middle from the 18th and the one to the left from the 17th century. But they do have a similar look. 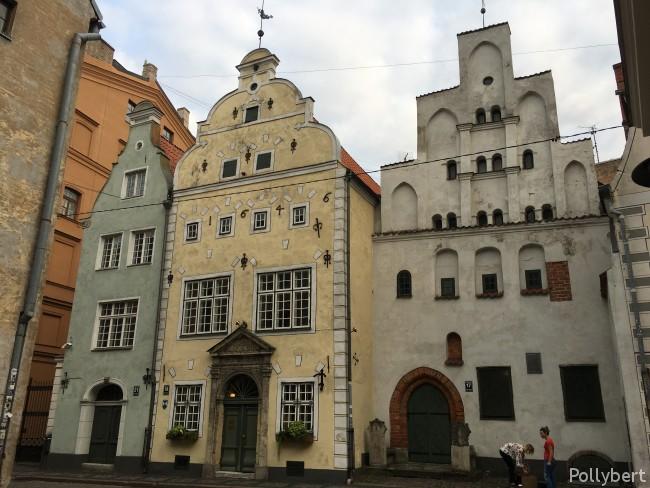 The house below is directly across the street of another guild house. The owner had been denied access to the guild. He later revenged himself and installed these cats on the roof. The cats bottom were first facing the guild house but later had to be turned as not to be seen “defecating” on the guild. Or so the story goes. 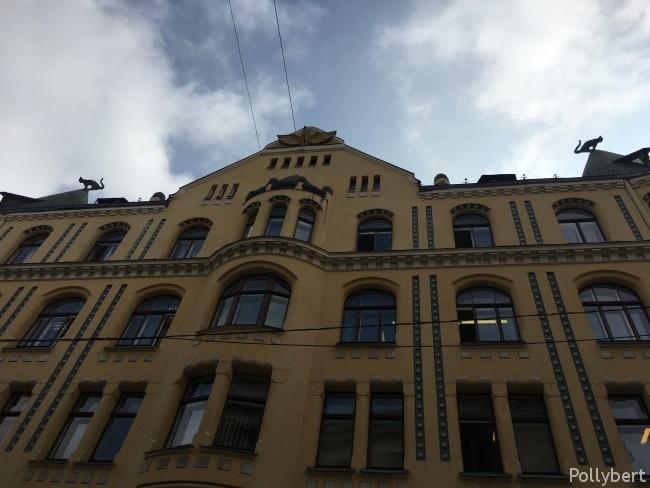 Latvia also claims to be the home of the first Christmas tree. Another legend which you need to take with a grain of salt. The Latvians used trees for Christmas celebrations from as early as 1510. Maybe they just jugged the whole thing in the hearth since it must be cold up there in winter time. Nonetheless the location of “the first tree” is on the Town Hall Square and eternalized with a plaque in 8 languages on top of which is a tree. 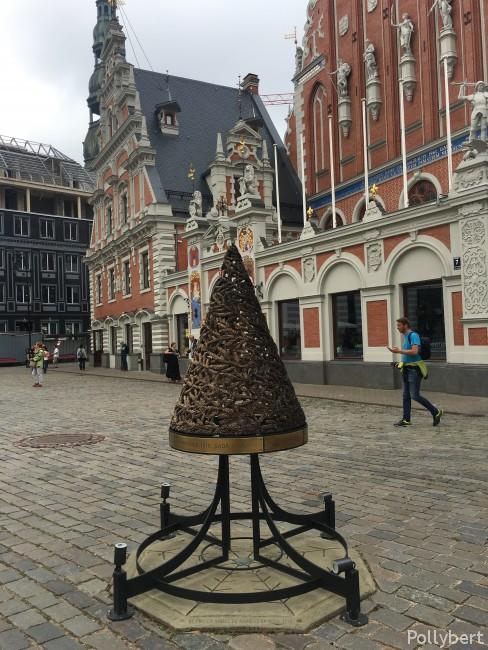 The historic centre is full of quaint little houses, most of which cater to tourist. They look impressive enough though. Right around the corner from this street there was a small dead-end. It doubled as the famous Baker Street of Sherlock Holmes in the Soviet version. 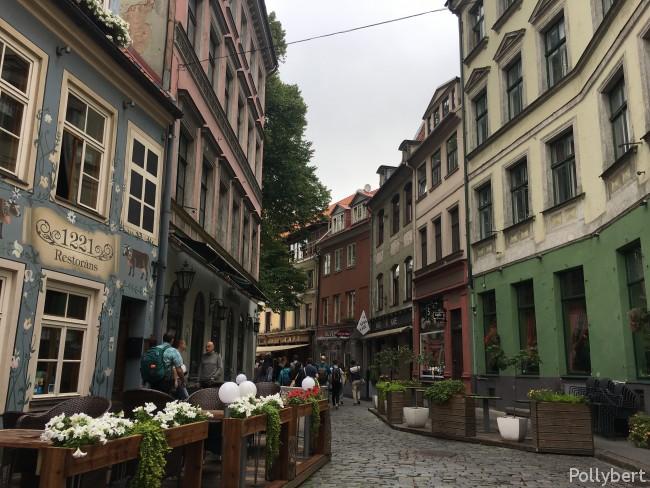 The Swedish Gate was erected at the end of the 17th century and was part of the city wall. Just look how thick the wall was. I guess the upside cannon (on both sides) must have been added later.

The guided tour with Raimonda was very informative but also entertaining. The girl really knew her stuff. Definitely can recommend the free walking tour with her. Yours, Pollybert