What and where to eat in Barcelona

The food in Spain is always amazing and Barcelona was no exception. On our first evening we stayed near Barcelona Sants to catch the bus to Andorra. Eventually we went for dinner at Arenas de Barcelona which is a shopping mall with a nice view.

The food selection unfortunately was not that great. We ended up at Groupo Abrasseme which was okay. That’s the best I can say about the place. By the way, the waiter actually asked us at the end of the meal to give them a five-star review. So now you know how that is working.

We shared a couple of tapas with the fried broccoli being the absolute star. The rest was good, but nothing to write home about. 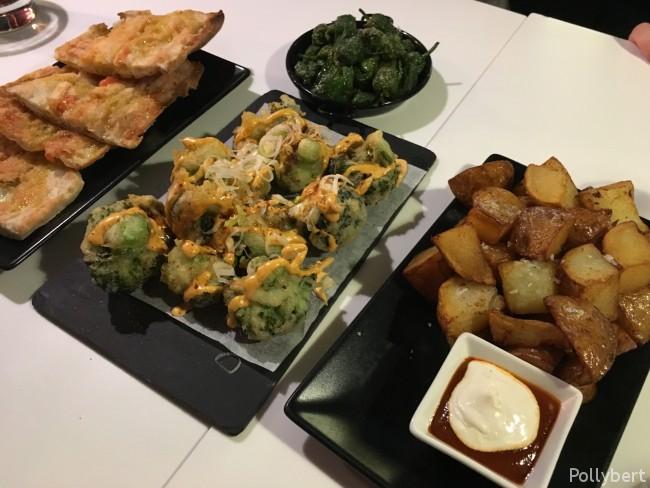 a selection of tapas @Groupo Abrassame

By far our favorite restaurant in our corner of Barcelona was La Bombeta, so-called after the fried balls they sell. We went there twice. Once for dinner and on my last day for a late lunch. Here we had the amazing grilled artichokes with aioli. 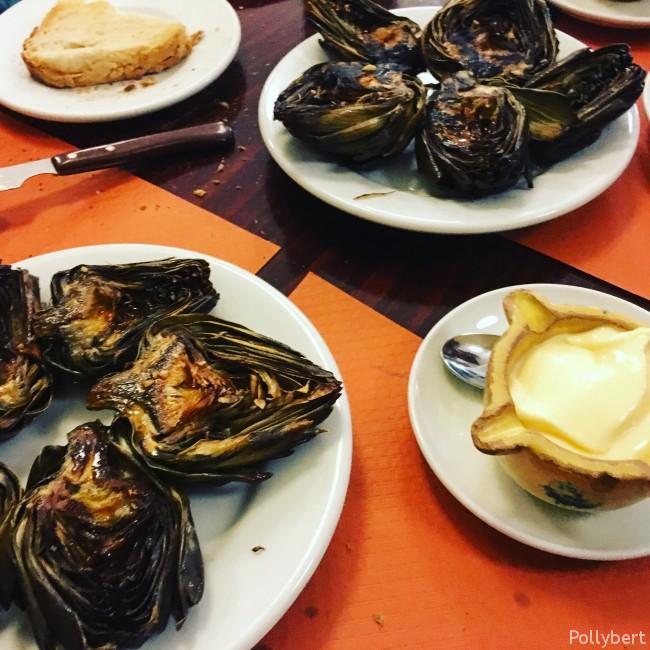 Absolutely fantastic was the Pulpo a la gallega which I had at the Mercado de la Boqueria. The pulpo was tender and melted in my mouth. In combination with the potatoes and the smoked paprika flavor this was heavenly. 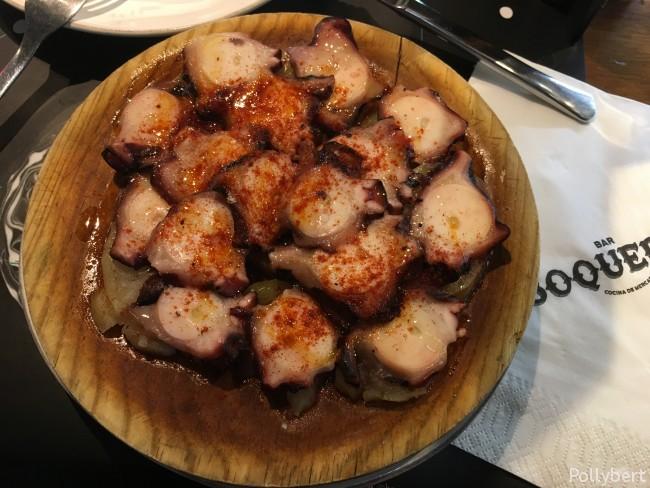 Another evening we went to Taller de Tapas, which is a chain in Barcelona. I had a recommendation for it from a friend in Vienna. It’s not the most cosy place for dinner but for something during the day I can recommend it as well. We shared the usual tapas of patatas fritas and a tuna salad. But I also ate some mussels. 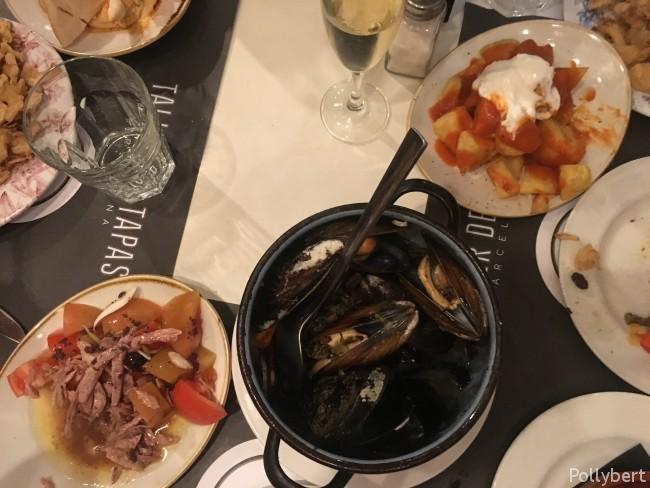 a mix of tapas including mussels @Taller de Tapas Barcelona

Another great snack for in between is coca. This thin square pastry is cut with scissors and mostly topped with vegetables. I had mine with peppers, eggplant, olives and anchovies. I certainly like this idea of a healthy snack. Yours, Pollybert 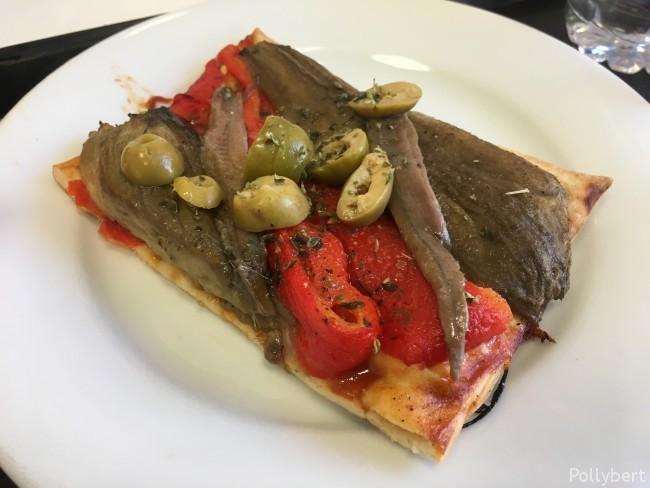