The Cuevas del Drach on Mallorca

About a good hour and a half to the southeast of Palma are the Cuevas del Drach. These caves also boast an underground lake which is called Lake Martel and is the highlight of the tour. If you are into concerts on a lake that is.

To get to the caves from Palma, just take one of the long distance buses at the main bus station. You will find it next to the train station to Sóller. The overland buses leave from the subterranean part of the station. The timetable for this trip or any other you want to make, you can find here. It’s easy enough to navigate around the island.

Make sure to arrive with a bit of time until the tour begins so that you can stop for a coffee and have a look around at the entrance of the cave. 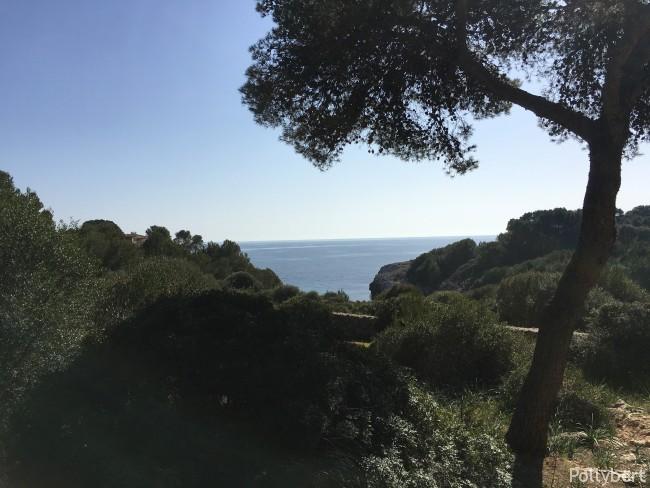 near the entrance to the Cueves del Drach @Mallorca

The cave itself is beautiful. It consists of different chambers with lots of stalactites, sometimes it looks like the bed of a nails from a fakir. Just up-side-down. 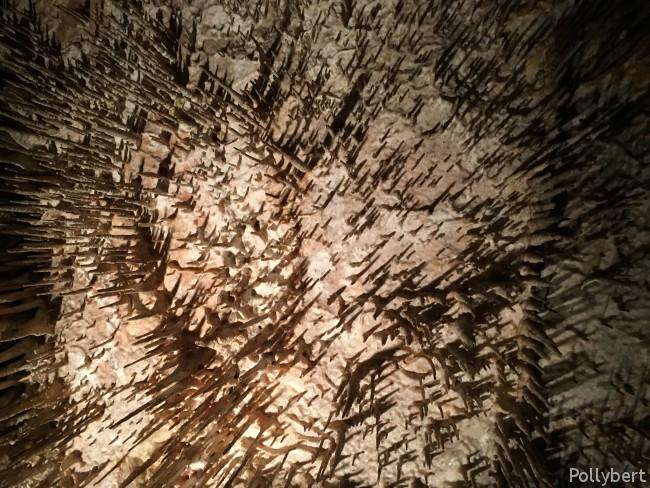 bed of nails in the Cueavas del Drach @Mallorca

In other moments I felt as if I was moving inside the mouth of a dragon, surrounded by its teeth. 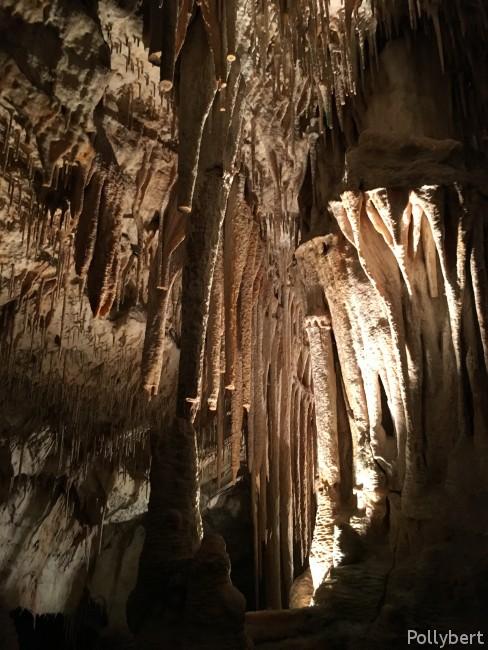 I am just wondering why are there so many more stalactites than stalagmites. Do they grow more easily? Or are stalagmites growing at the same rate and we just walk all over them? 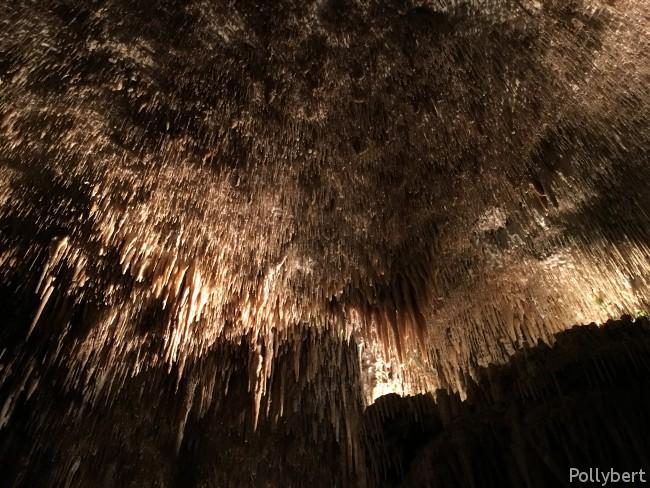 In the end we reached the lake Martel and listened to a short classical string concert. The acoustic is quite interesting when coming from the lake inside a cave. It feels as if the music surrounds you from all side while it is probably just an echo. 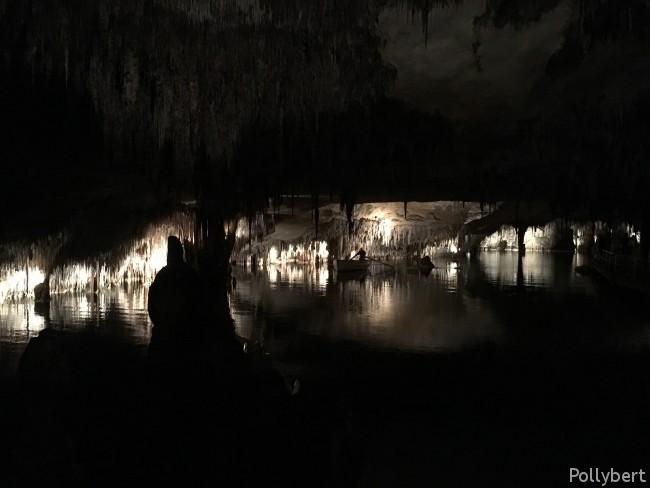 After visiting the caves we spent some time in the nearby town of Porto Christo. Make sure to bring you bathing stuff in summer to hit the beach. Since spring is too early for the beach, we explored instead the city for a while. It didn’t do much for me though. In the end we had a late lunch and then took the bus home to Palma again. Your, Pollybert