The NC500 is a road trip of more than 500 miles which starts and ends in Inverness. We already mastered the first part of the trip by driving up from Edinburgh to Gairloch, which is on the west coast. Unfortunately we thereby missed out on Applecross. On the other hand we saw this area last year when we did the Isle of Skye.

The best part about sleeping at the Gairloch Hotel was the ready access to the beach. On this very cold and frosty morning I started my day with a short walk while waiting for everybody else to get ready. It’s good to get the blood pumping before you settle down in the car. 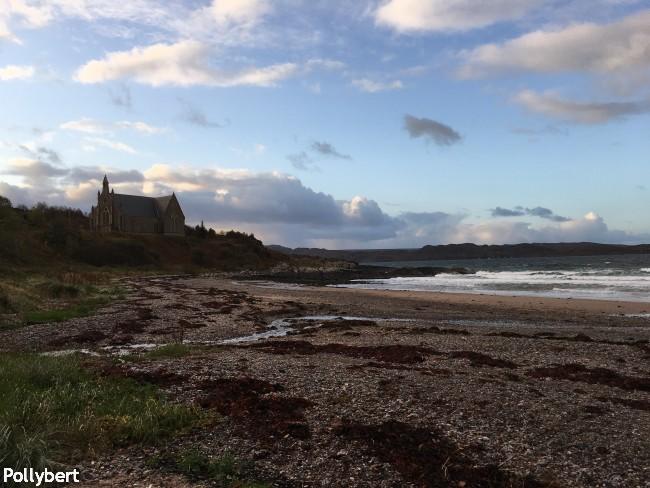 the beach in front of the hotel @Gairloch

Not that we kept sitting for long. Every couple of kilometers we stopped for another scenic shot. As lunch stop was Ullapool in the plan but there was still a lot of ground to cover before we would get to it. We passed Loch Ewe and the area around Poolewe up to Laide and the Guinard Bay was fantastic. 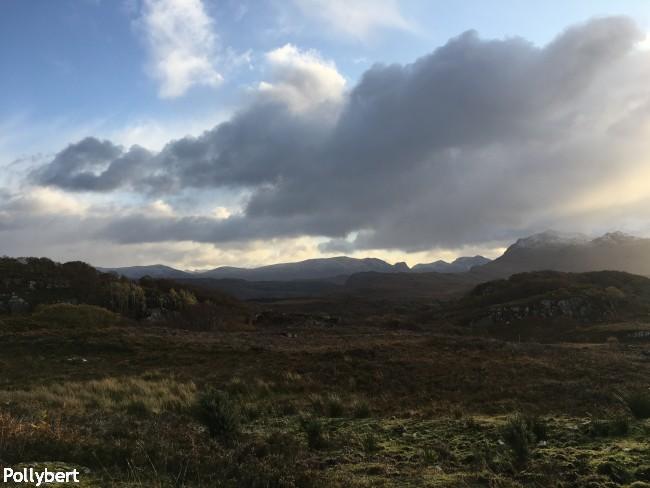 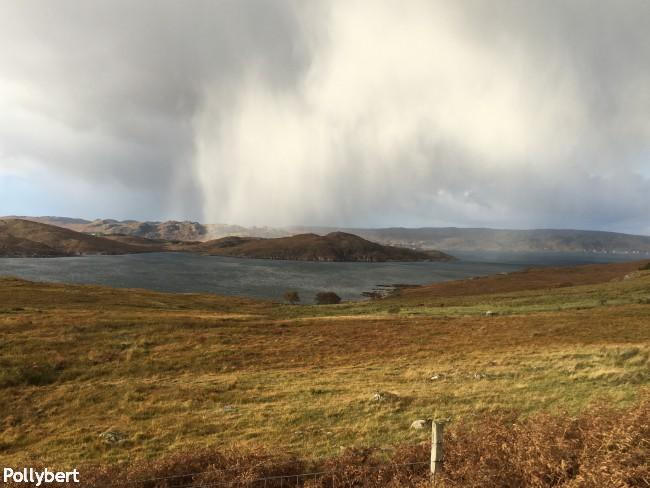 view on Loch Ewe before the rain came @Scotland 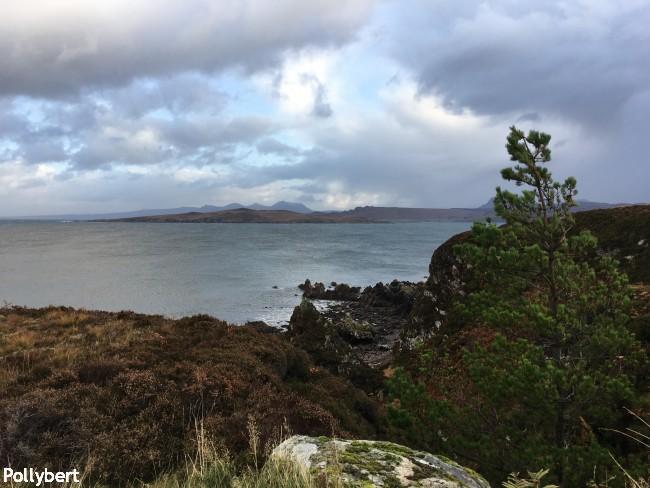 shortly before arriving at Laide @Scotland 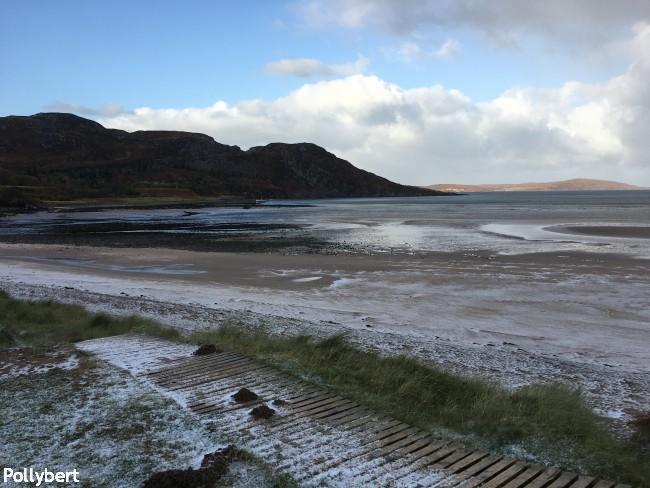 And yes, that was snow on the ground. It was pretty cold at the end of October up there. If you want to get a better look at the bay, please click here. Just a couple of minutes later the sky was totally different and way more grim. 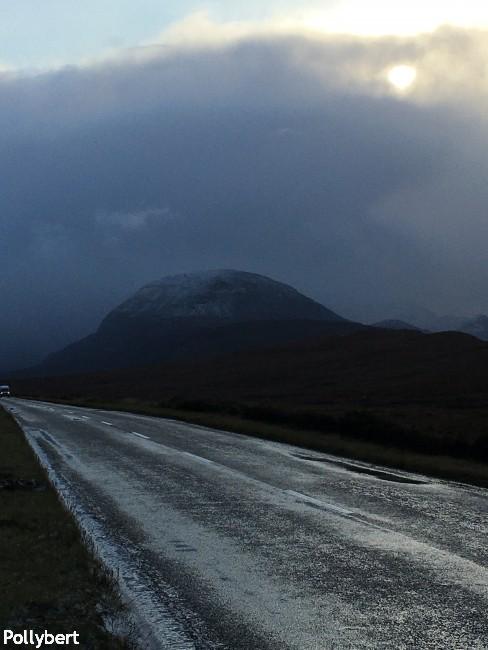 driving in the direction of Dundonnell @Scotland

But the sky never stays like this for long in Scotland and mere minutes later it has changed to this view. 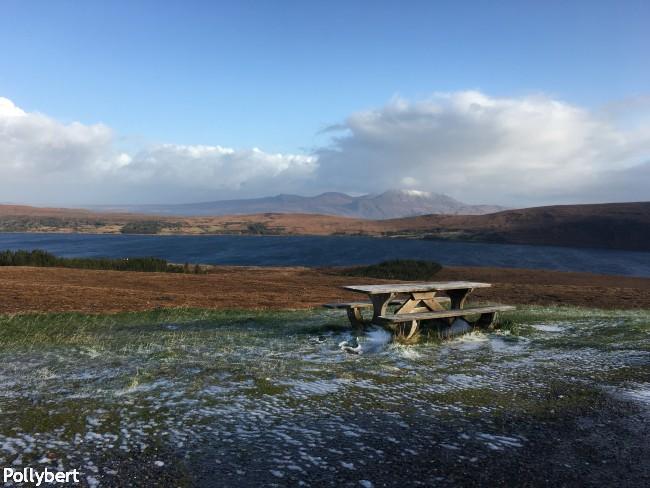 The roads were empty and we had an unhindered view on snow-capped mountains on the way to our next stop at the Corrieshalloch Gorge. 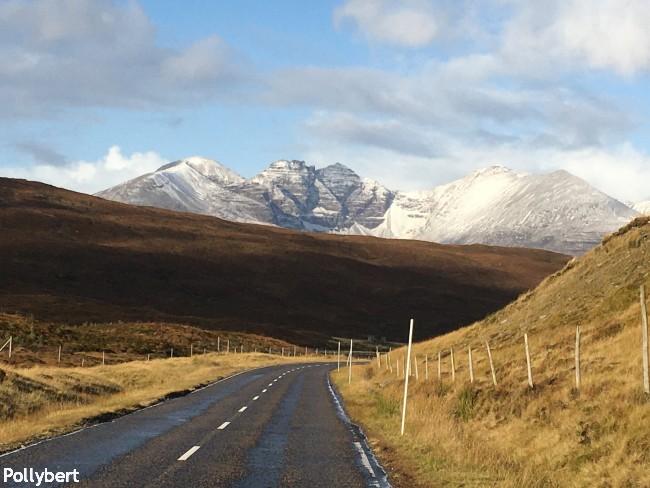 I guess the highest one must be Sgurr Mor @Lochbroom

The gorge is a great stop to stretch your legs. The whole round must not be more than 20 minutes walking. We crossed first the suspension bridge and got some pictures and then walked the trail the long way back to the car. This little exercise worked up an excellent appetite for lunch. 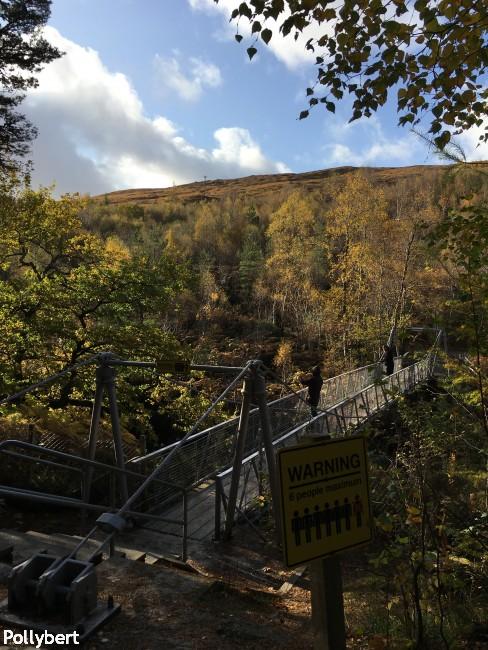 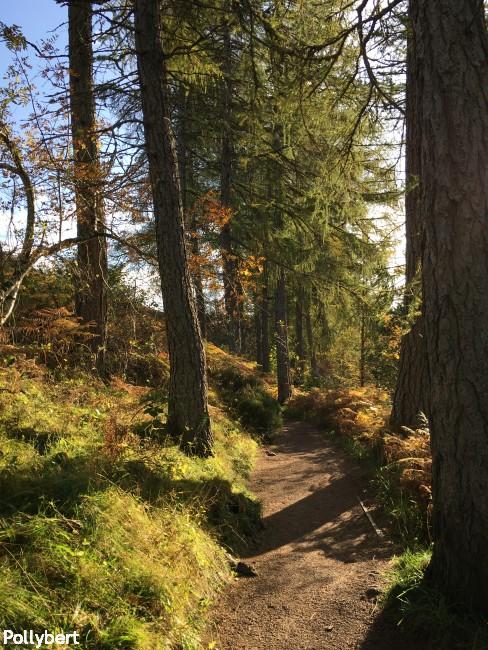 beautiful trail along the gorge @Scotland

With another scenic picture we were finally on the way to Ullapool for a quick lunch. 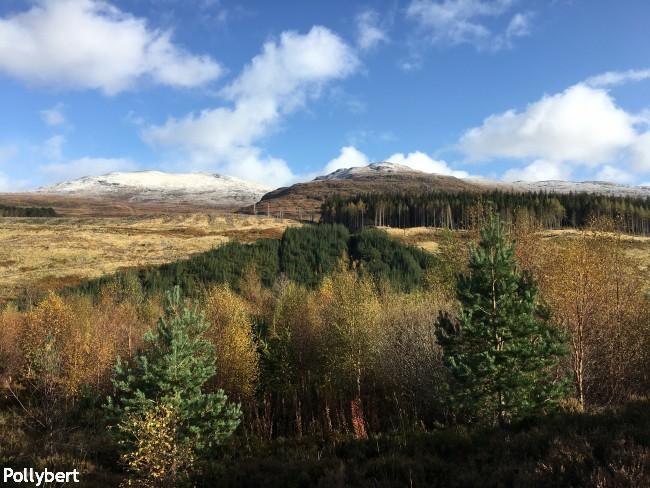 one last look back before leaving the gorge @Scotland

So beautiful also to get a good look on the village before arriving. We had to park the car a little bite ahead and walk back onto the bridge to take this lovely picture. So lovely seeing all these boats bobbing up and down.

In any case it was half-time on our second day on the NC500 tour and we were all ready for lunch. Yours, Pollybert 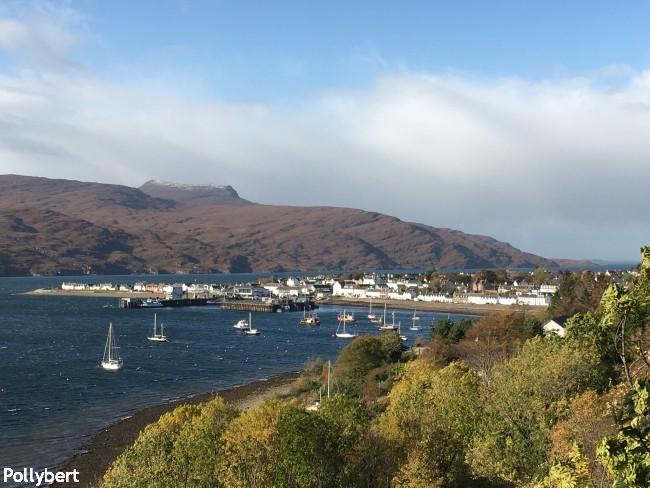