A day trip to the castle ruin of Aggstein

Day trips from Vienna are fun, especially in summer. There are a lot of castles and palaces in the near vicinity for a day of fun. For this summer day I had planed a trip to the castle ruin Aggstein, which is about 90 minutes from Vienna. The weather was not really promising for August, but at least it made for a dramatic background of the ruin. Despite Aggstein being a ruin, there is still much to see and the guided tour really elevated the experience. 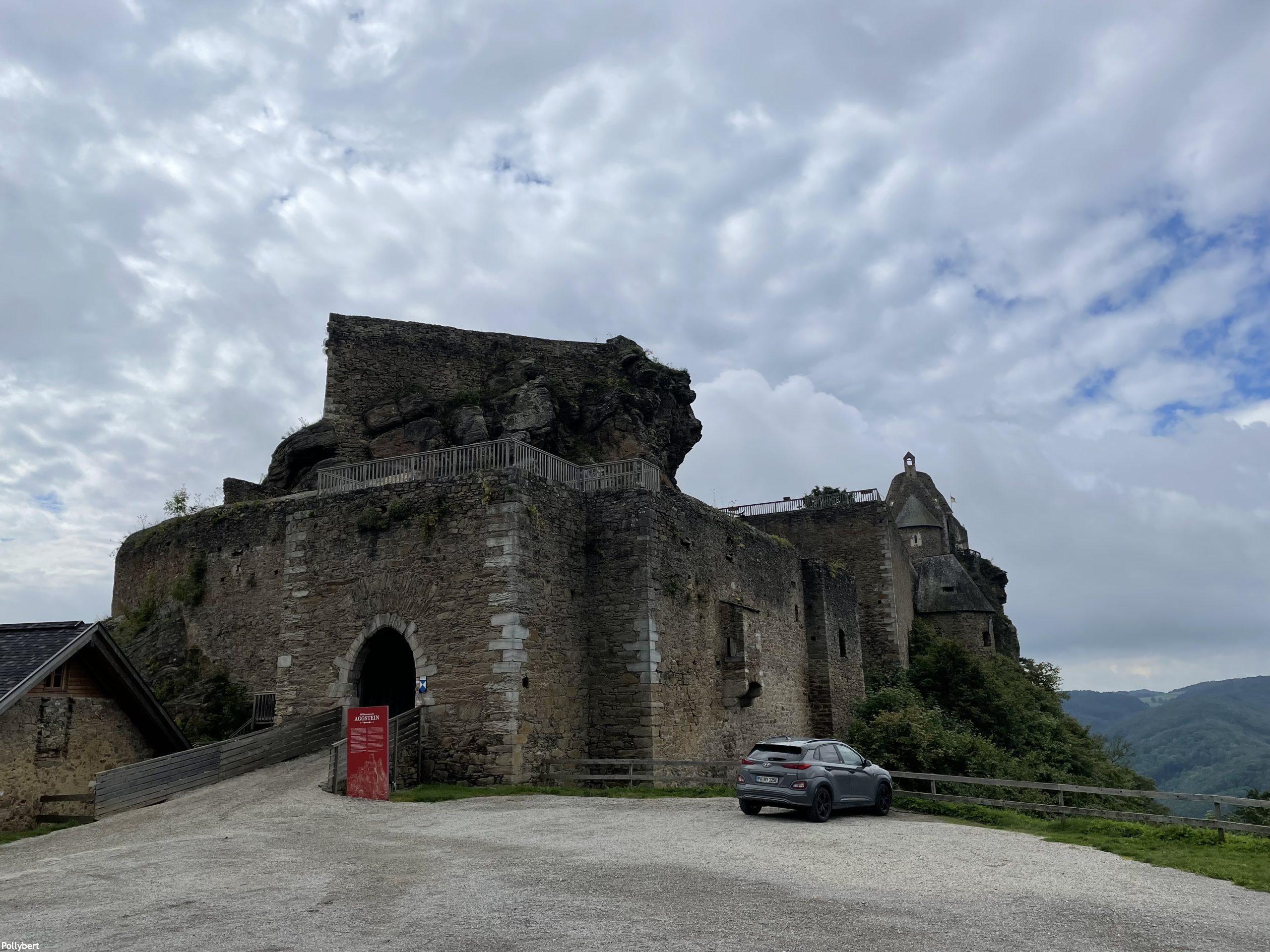 Part of the castle is from the 12th century, okay today only a part of the basement in one corner remains from this period. The rest has been destroyed at least twice. The castle ruins stand tall on a rock about 300m above the Danube river. This makes for a really impressive view once you make it to the top. 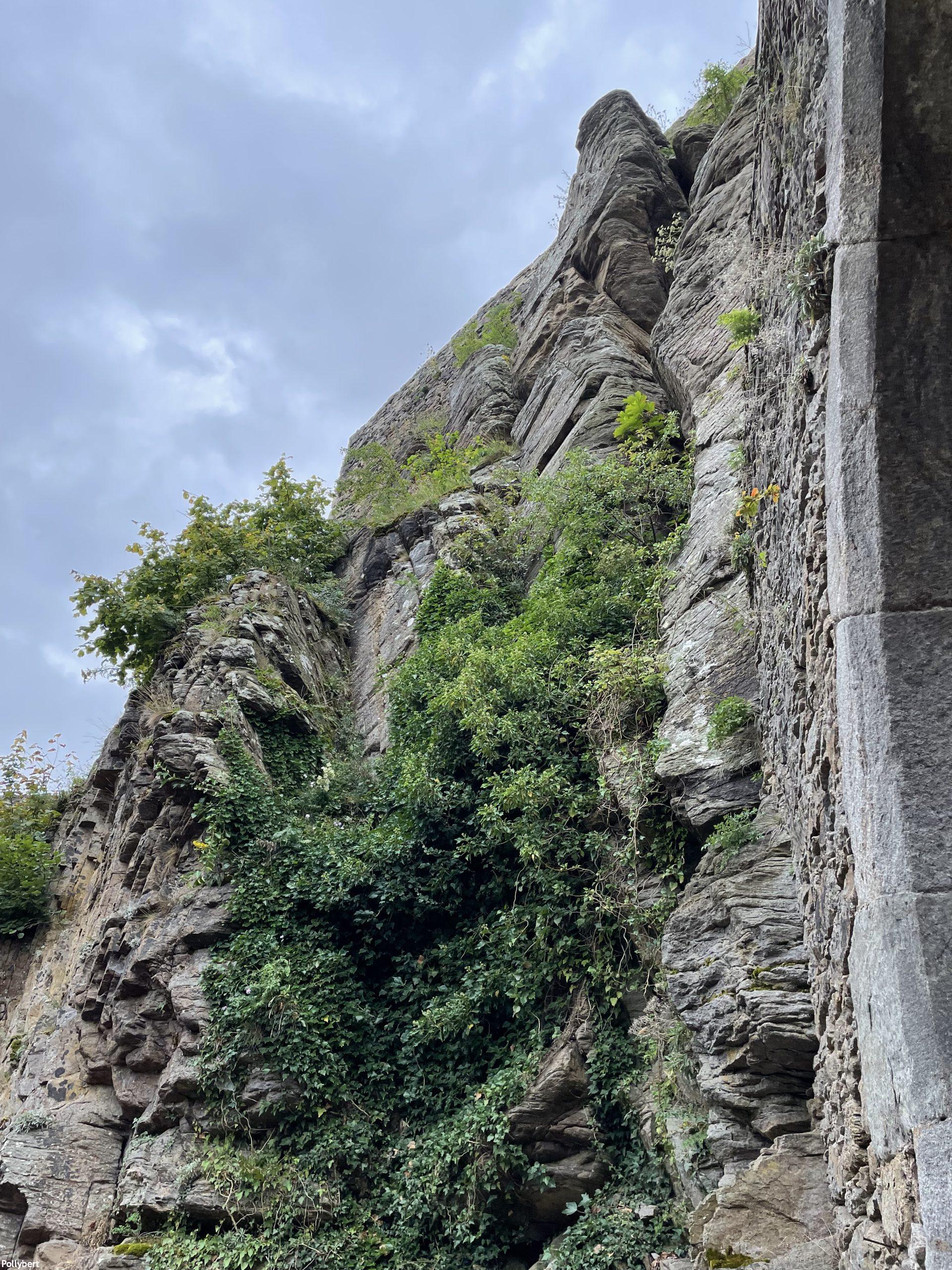 the rock on which the castle stands @Burgruine Aggstein 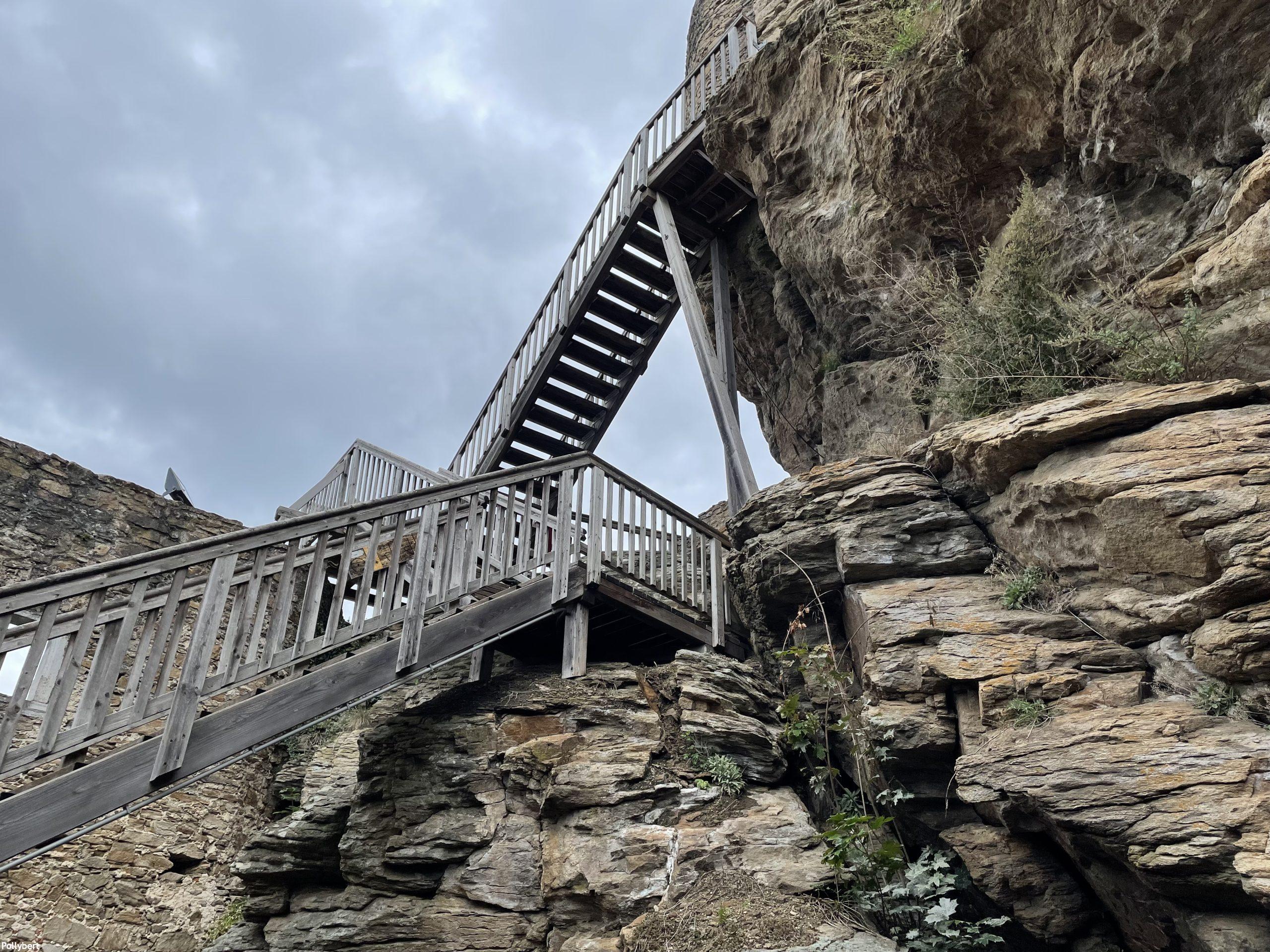 climbing to the top @Burgruine Aggstein 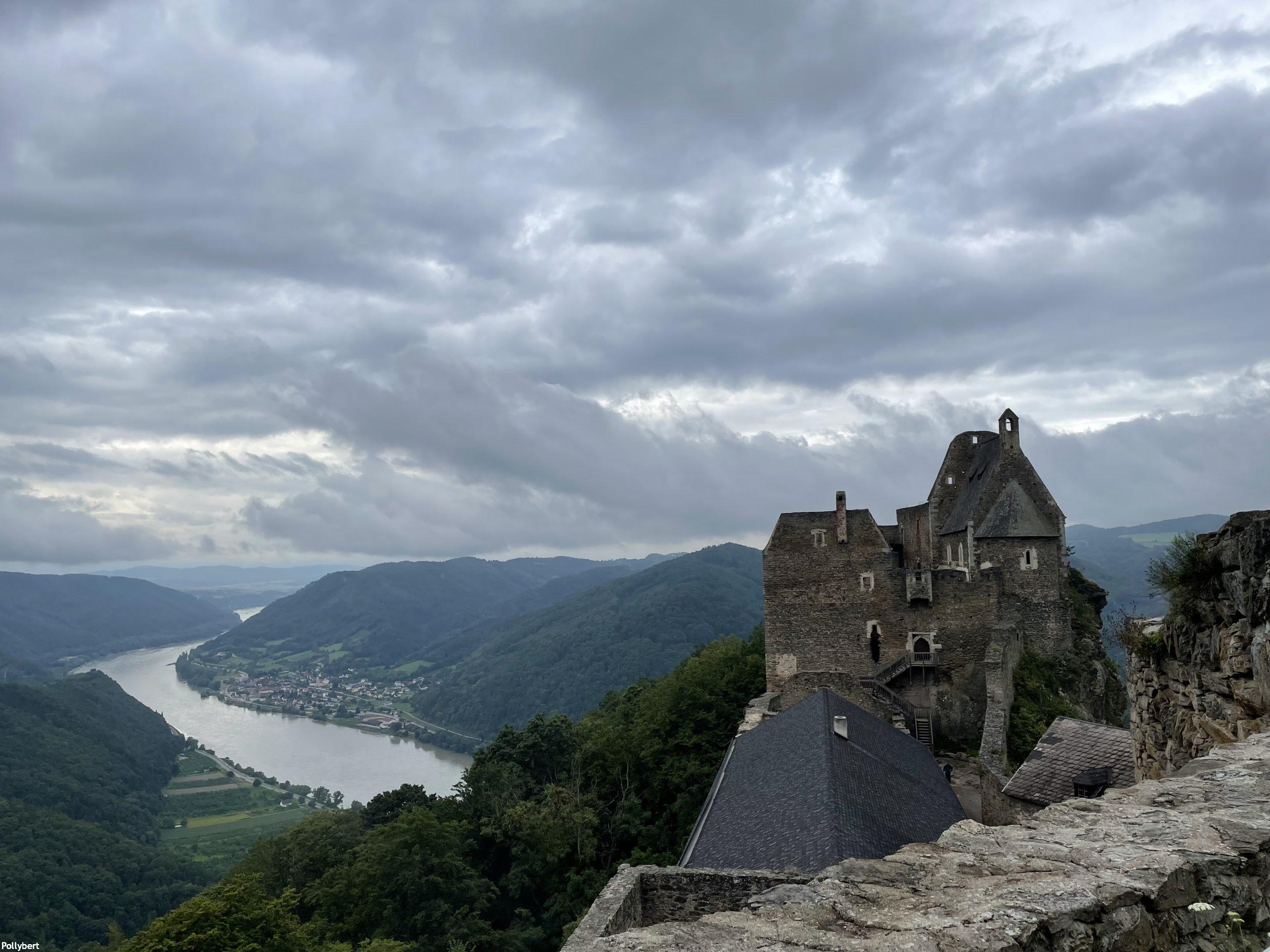 the castle ruins and the Danube below @Burgruine Aggstein

The rock looks also most impressive from the other side of the castle. 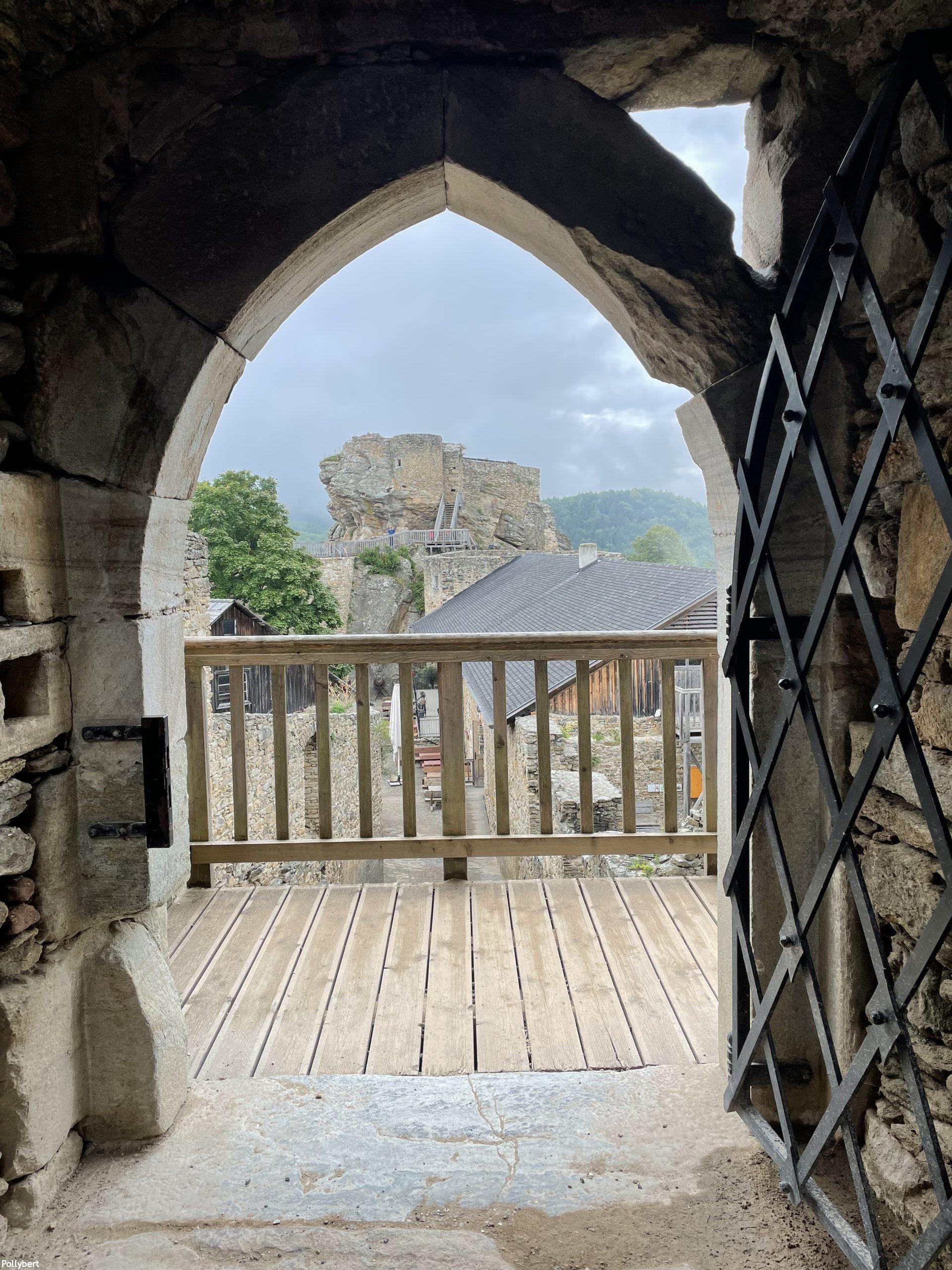 the rock from the other side @Burgruine Aggstein

These knights of former times really knew how to build the perfect castle. It might not have looked so cozy then but it was definitely commanding. Apparently the family of the Kuenringer held a couple more castles along the Danube so that they could control the river traffic and charge for passage. But as said before the castle Aggstein fell twice and got destroyed in the process. 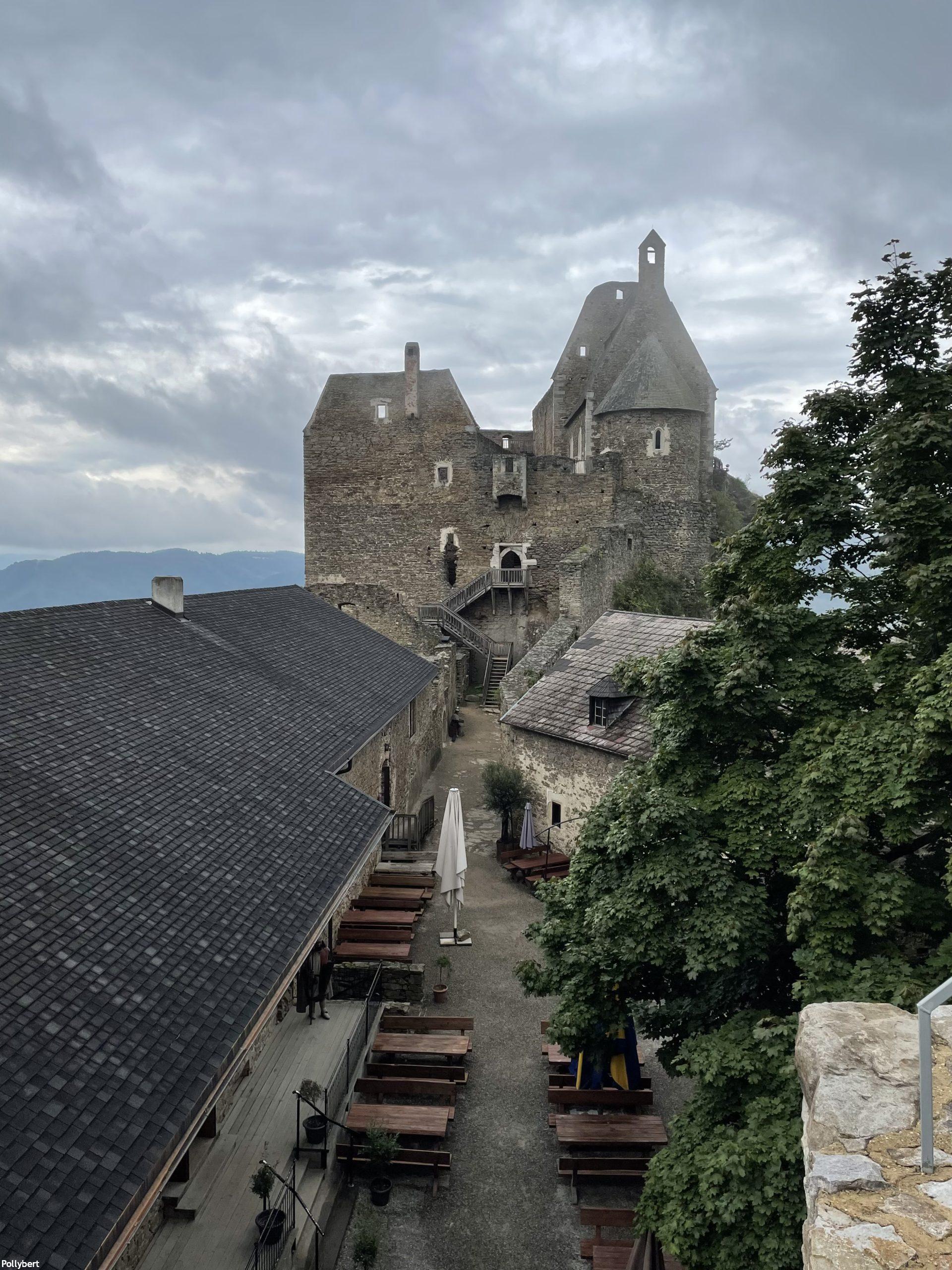 The castle didn’t have a dungeon and there was also no need for it. Prisoners were taken up to lofty heights and placed in the ‘little rose garden’. No roses grew there, instead it was a small strip of rock next to the castle walls. It had no fence in former times and the prisoner had the choice between starving or jumping to death. You can see the ‘rose garden’ on the picture below. It´s the little fence on the right side of the castle. 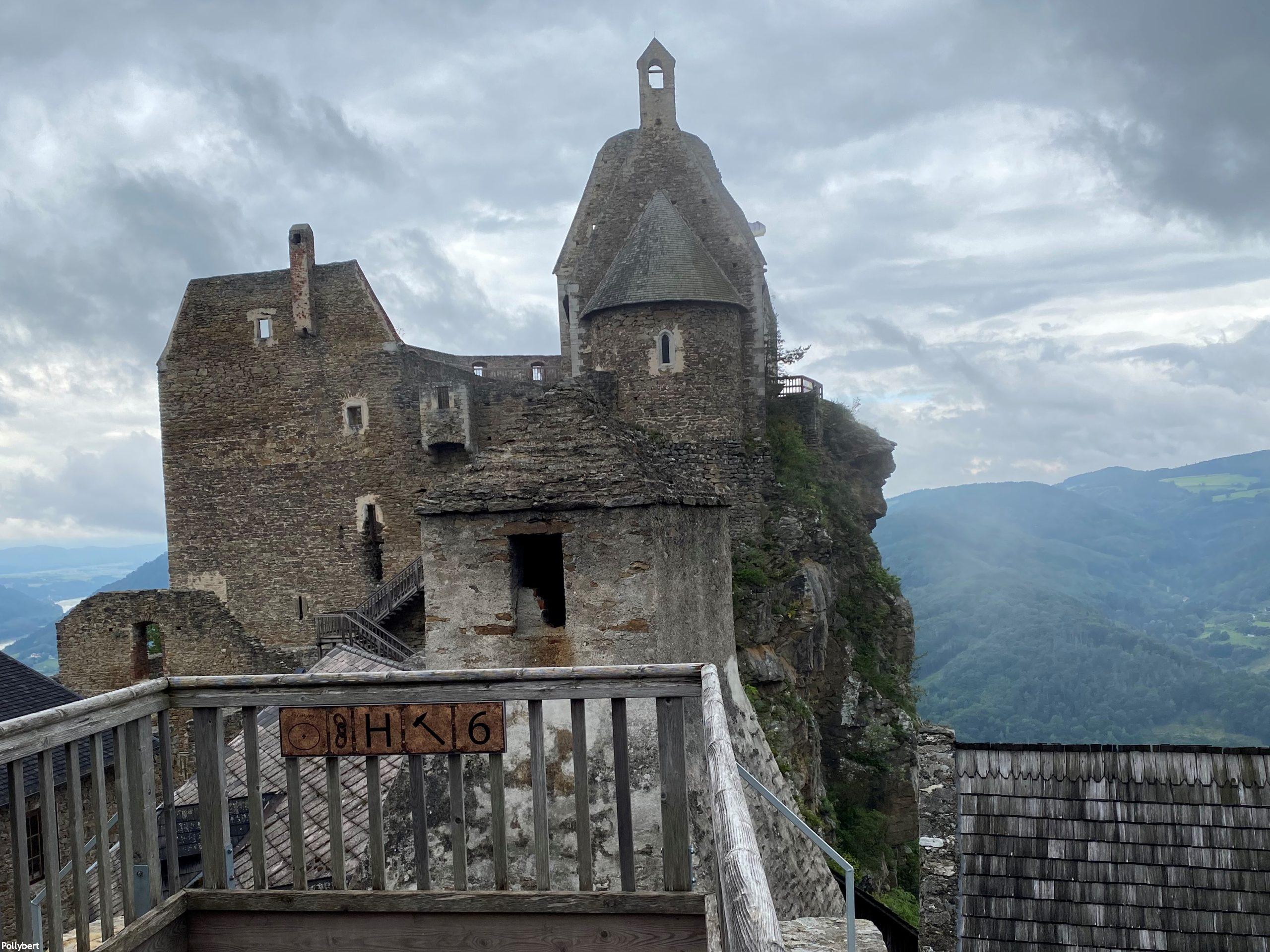 see the small strip of land, indicated with a fence, on the right side @Burgruine Aggstein

After another lookout to the other side of the Danube river, we left the castle and said goodbye to our guide. The castle hosts many events during all seasons, including dinner crime shows, fairy tales Sundays and so. For details and opening times check out the castle website. In any case, with or without an event, the Burgruine Aggstein is an interesting historic site to visit. Yours, Pollybert 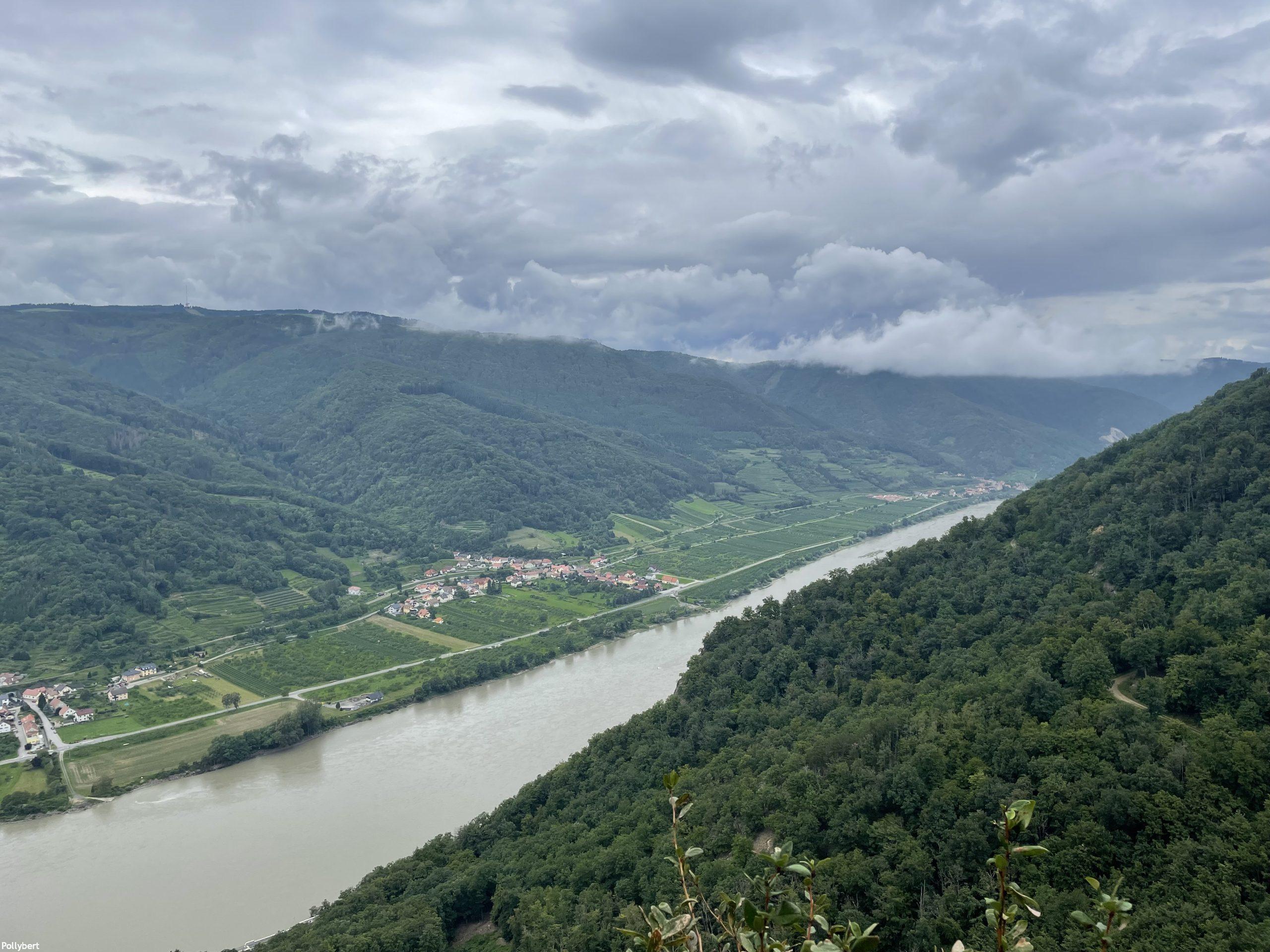 you could spot a boat right away @Burgruine Aggstein