As much as I like traveling through Asia, so far I haven’t managed to reach Uzbekistan. At least I visited Kyrgyzstan a while back. So I have some idea of the cuisine of the region. Ikat restaurant specializes in Uzbek food and I was more than happy to give it a go.

The restaurant opens into a narrow room with a bar. It was actually rather dark in there. So much better then that it has two smaller rooms on the left side which were brightly illuminated. The menu is straightforward and even has a couple of pictures (something I usually abhor, but can get behind it here). We weren’t that hungry so we only got one main dish each. But since we also wanted to try as much as possible, I got a portion of mixed Manti. One half with meat, a mix of beef and lamb, and the other half with pumpkin. They had the looks of large ravioli and came with a small bowl of sour cream on the side. 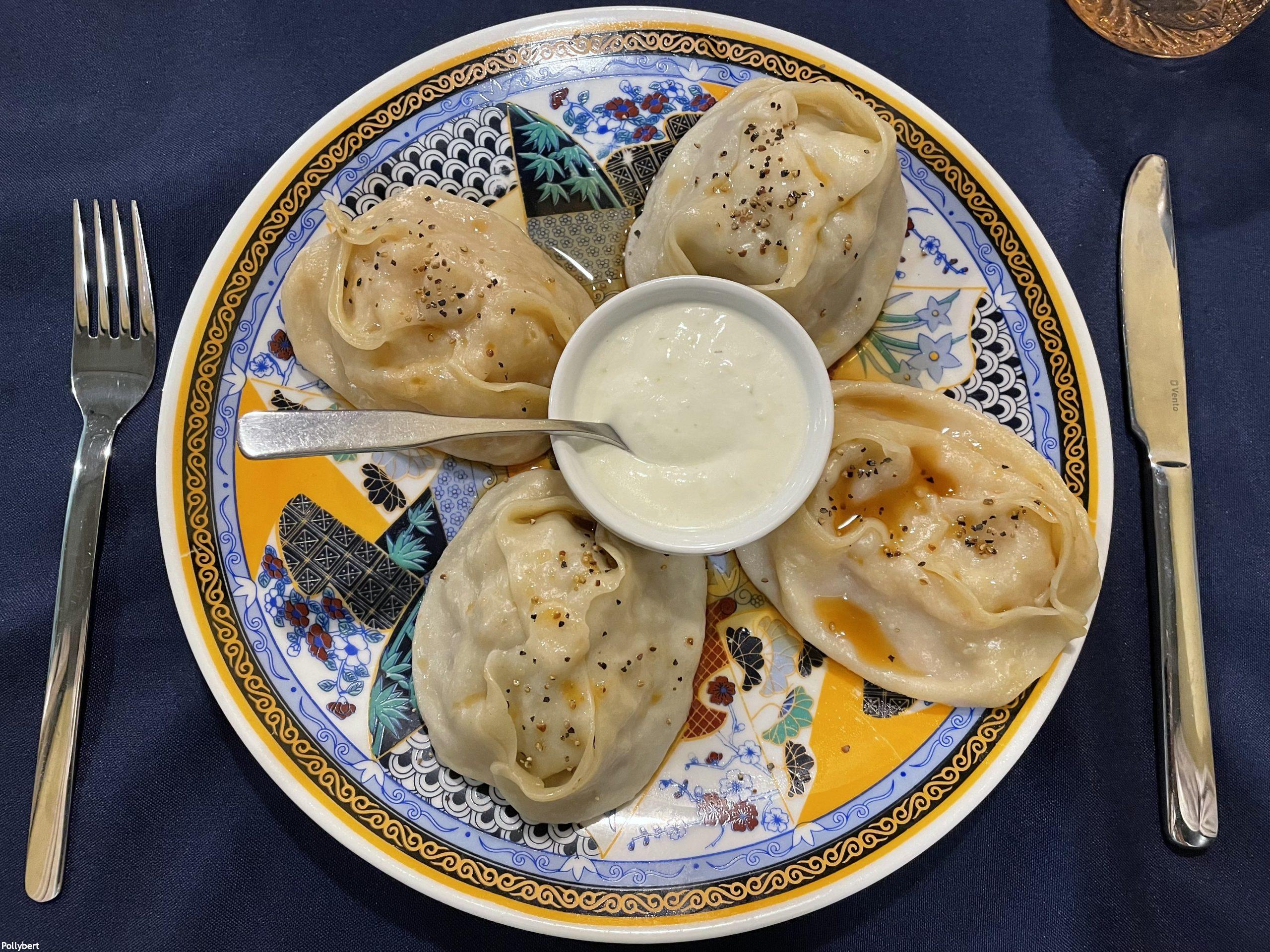 The meat Manti were delicious. Well flavored, juicy, and overall a delight to eat. I thoroughly enjoyed myself sampling them. The pumpkin version must have been a bit blander. My friend was not raving about it. I on the other didn’t appreciate her choice of main dish either. The Samsa with spinach came with a tomato sauce and was well crafted. The dough was flaky and the spinach lightly seasoned. All in all they underwhelmed me a little though, especially after the very tasty Manti. 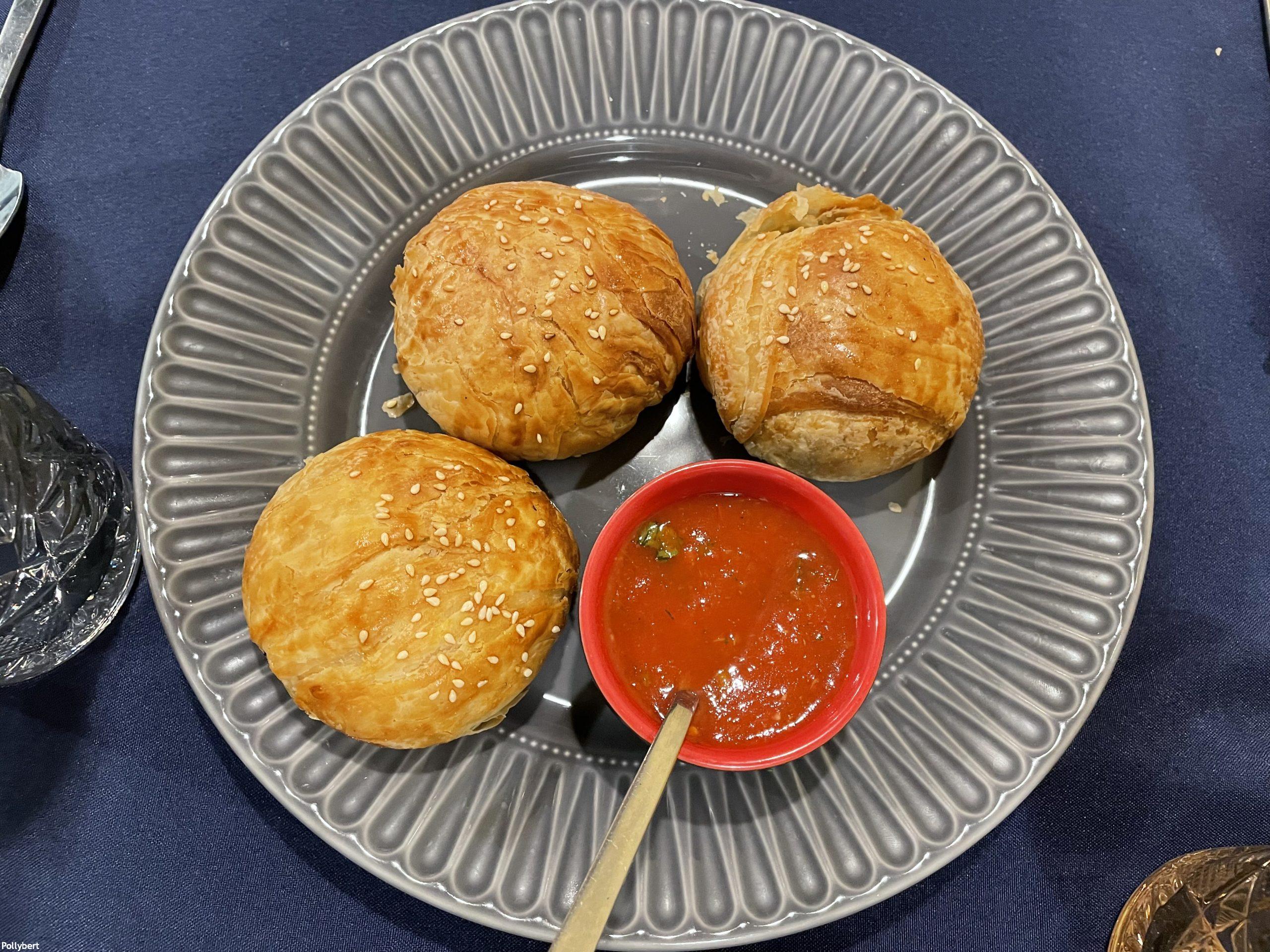 Even though Ikat restaurant got mixed reviews after our visit, I for one will be back. The Manti were really tasty and I noticed that the restaurant also has Pelmeni on the menu. I ate them once in St. Petersburg and loved them. So I definitely need to try the Uzbek version of them at Ikat restaurant. Yours, Pollybert