Walking around the Hutong in Beijing

I slept forever on this Saturday. It was so nice to not get up and go somewhere. Babsi and I hadn’t really planned anything for the day except to walk around in her Hutong.

We started with a late breakfast around her place and then moved on to see the Lama temple. It looked different from the ones in Tibet. No butter lamps first of all and people prayed while kneeling on little benches (more like a foot rest in catholic churches but upholstered). Also a lot less Buddhas inside the temple and only a few protectors, a very civilized form of Buddhism.

From there we walked to the Confucius temple, a bit more of the same with the difference that it was right on the other side of her compound. She also showed me the roof on which her cat Momo liked to live when he got out of the house (this knowledge came in very handy two days later). 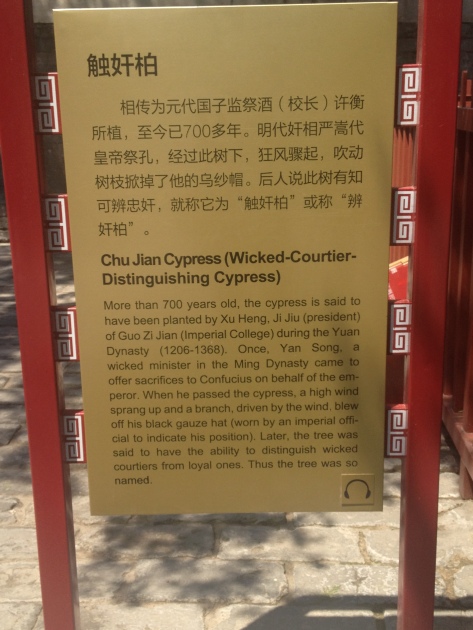 These stone carvings were always in the middle of the stairs and the Emperor would be carried over it while his carriers had to use the stairs left and right.

Doesn’t this ceiling look colorful and amazing. Probably all redone though. That’s the problem with the Chinese historic sites. You never know if they are real. Even if stuff burned down 20 years ago and they rebuilt it, it’s still historic for them and not new.

Here we also stopped for yoghurt, you buy it in a jar and suck it with a straw. Very refreshing and only slightly sweetened.

Within the Confucius temple complex was also the Imperial College. Here the Emperor would give a ‘lecture’ once a year. The way the attendee list and the seating arrangement were described, the low level civil servants never saw or heard anything. Still it was an honor just to be in the presence of the Emperor. 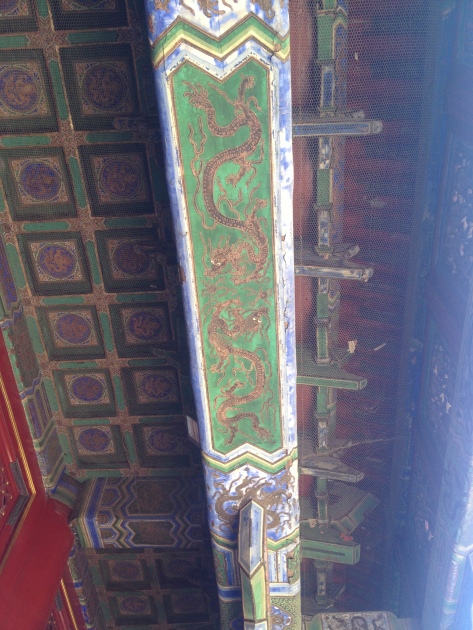 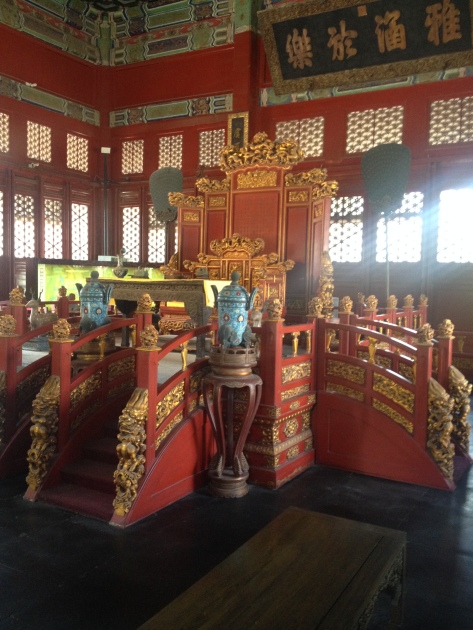 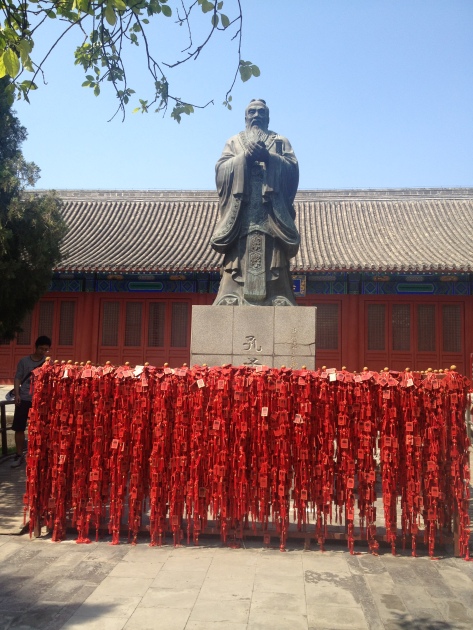 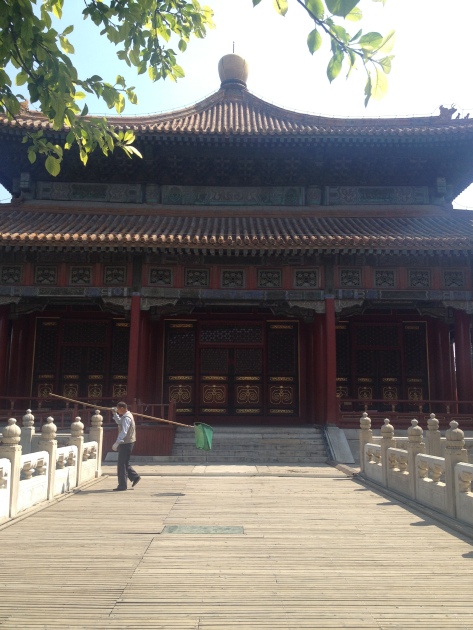 While walking around in various temples or sites I came across a lot of supported trees. Rarely though ones that were apparently dead. But since a dead looking one had burst back into life all of them get a second chance.

Then it was time for a small lunch at  Mr. Shi’s dumplings. Just some salad and a couple of dumplings to share. 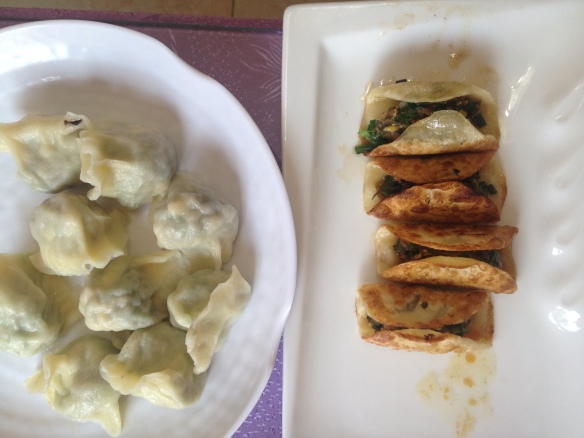 From here we walked around some more to look at shops and also to track down a coffee place called Café Zarah. 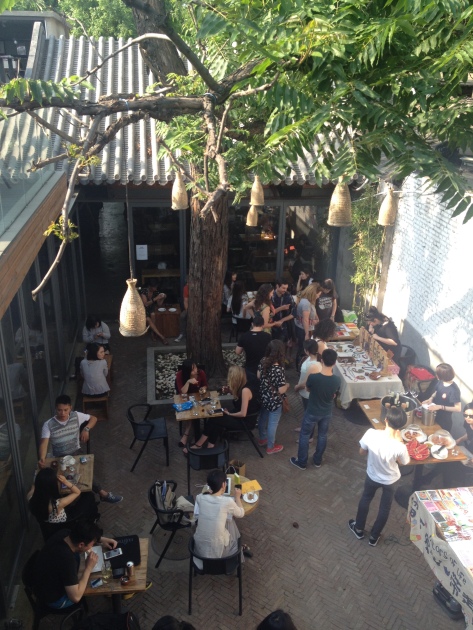 Eventually we found it and had a coffee (quite good actually). I was fascinated by their introduction to their menu

and that they provided power outlets in the floor for their guests! The level of customer service here in China really astonished me. In all ways because sometimes it was just so bad!

On the other hand when I went into the bathroom and had locked the door behind me, I saw a sign on which it said that they have problems with the lock and if you can’t open the door you should call the management. Haha, that was really the best!

By then it was time to return home, freshen up and then get ready for dinner with some of Babsi’s friends. We were quite an international crowd from Ireland, Germany, Argentina and Latvia. And the restaurant we went to had food from the Hunan province, a place I will not visit on this trip.

The girls ordered the food and we shared some kind of alcoholic drink which was served in a bamboo vase.

The place was super busy and had a mix of local and international guests. I am sorry but the pictures of the food didn’t come out so well. We set outside and it was just too dark and with the flash it’s just not the same.

From there we moved on (sounds as if it’s around the corner which it was not. More like a 20 minutes walk) to Migas Rooftop Bar, a very different crowd. Almost only international people and the few Chinese were mostly the girlfriends of some old guys or on the lookout for one. At least that’s the way it looked to me. Anyway there was a nice view.

We didn’t stay overly long because the next morning I had to get up very early. Yours, Pollybert