HCMC and the Mekong Delta

My train arrived in Quy Nhon with a little over an hour delay. Something I quite liked since my estimated arrival time in HCMC was around 4:20am (this train was actually not my first choice but on the later one the soft beds were fully booked). So whatever delay we could get I was happy with. It just meant I could sleep a bit longer and arrive at a more humane time.

We ended up arriving with a two hours delay. What a bliss to sleep until 6am and have time to brush my teeth. I had arranged for a pickup service and my driver was waiting with a sign for me.

In the Beautiful Saigon 2 Hotel my room was not ready to check in and there was no shower in the communal area. But they had a bathroom at least and before breakfast I could freshen up a bit. While drinking my coffee I perused the tour menu and saw that the city tour and the Cu Chi tunnels could be done at the same day. Since this would save me a day I could spend one day seeing the Mekong delta.

I was not too sure about going there because the reviews I had read online didn’t sound promising. But since I had an extra day I decided on making the tour.

I booked the tour with the reception and after breakfast I was already on my way. Looking out of the bus window this city appeared as crazy as Hanoi. Probably even more so since it had a lot more inhabitants (ok, around 5 millions more, I looked it up).

Once outside the city traffic was less and we soon stopped in My Thon to visit the Vinh Trang pagoda. There was still a slight drizzle but this would eventually stop. 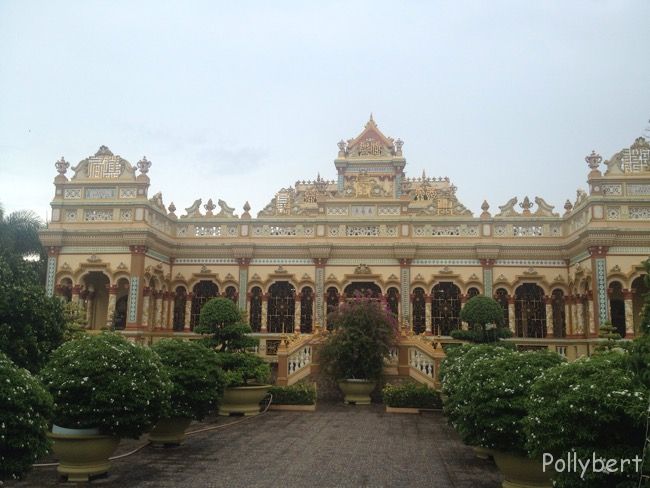 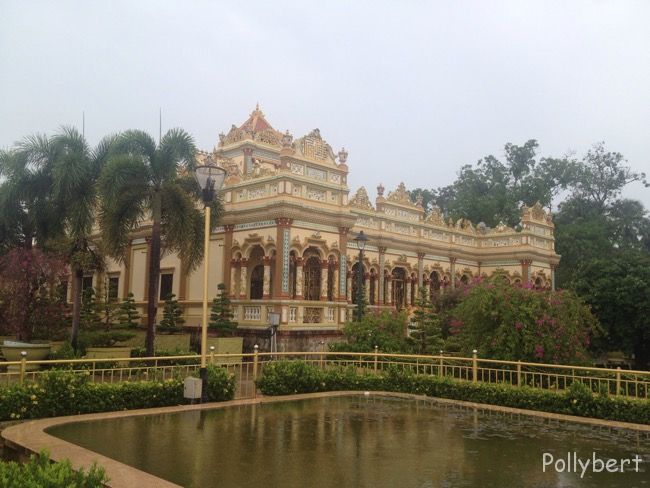 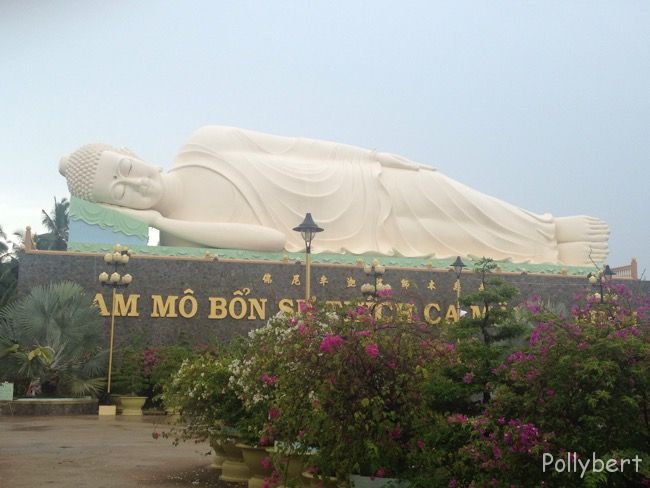 Back on the bus we drove just a bit until we arrived at the Mekong. Here we all got off and got on a boat that brought us to our lunch destination on Tortoise Islet. Lunch again was not great, so no pictures from there. 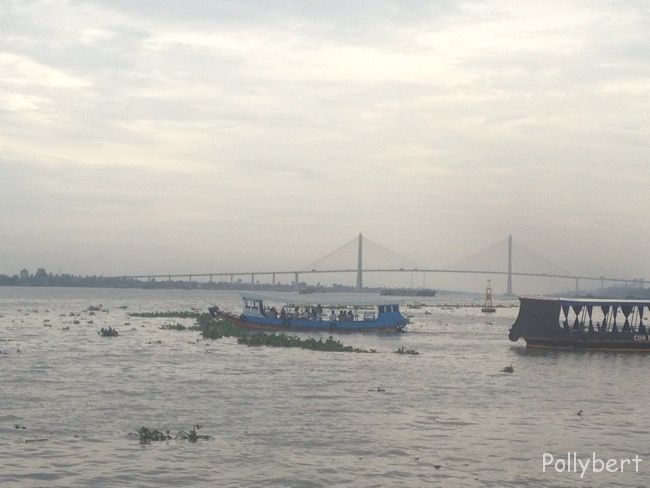 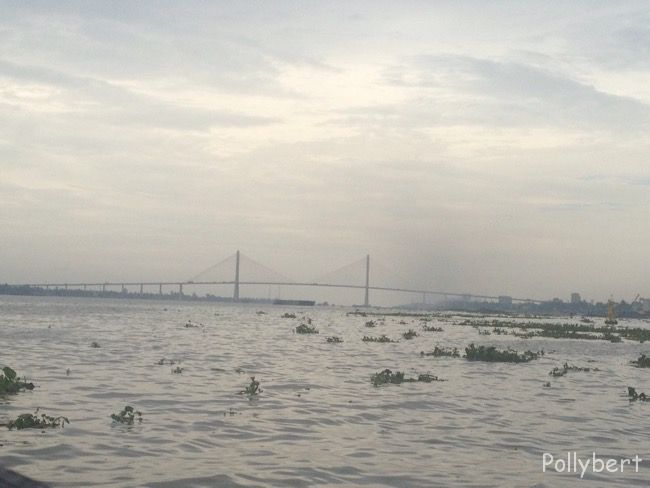 With the boat we went to the next islet where we visited a family that made coconut candies. The coconut is first shredded, then cooked, in a next step molasses is added and cooked some more and finally the mass will be spread on a board, cut into stripes, cut into squares and wrapped individually. Quite a lot of manual labor for a candy that didn’t taste great. 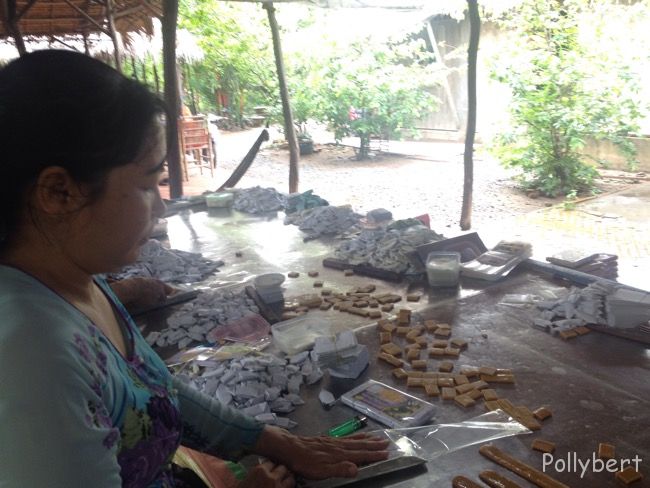 After the visit we were put on a hand-rowed sampan in pairs and I ended up with a rower who looked like Freddie Kruger. 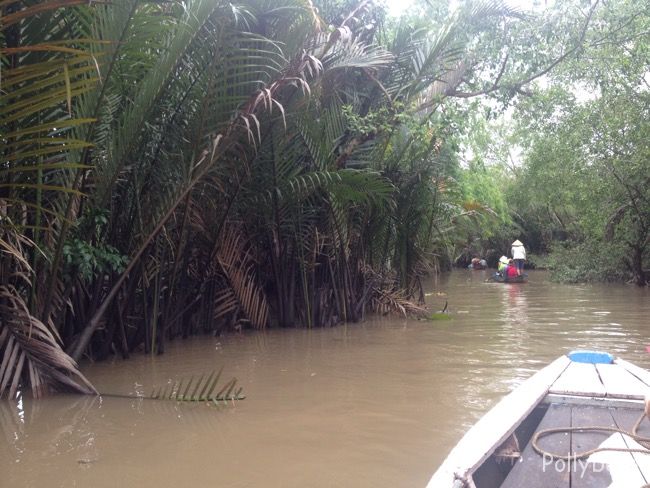 The boat ride was no longer than ten minutes, but it was enough to get three new mosquito bites. Next stop was a honey bee farm where we sampled lemon tea with honey and got entertained with local music. 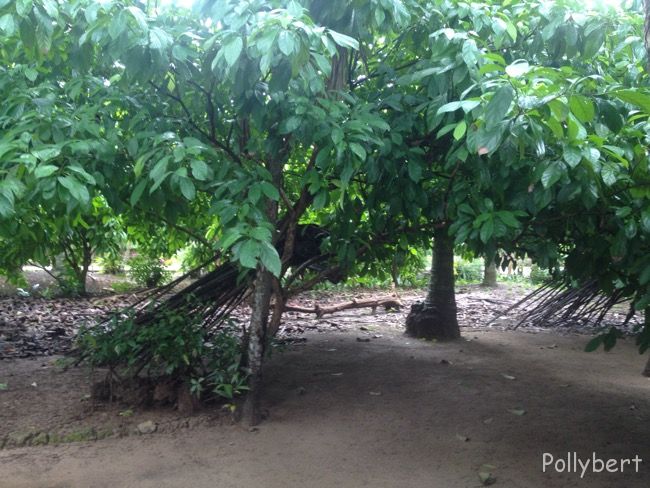 For the music please click here, it was interesting in an awful way.

And that was basically it. After that we got on the bus and drove back for two hours to HCMC. While still on the bus I got a text from Willemeijn that she was already at the hotel. I had met her at the Farmstay in Phong Nha and then again in Hoi An. Only this time we had decided to share a room.

So when I arrived at the Beautiful Saigon 2 Hotel she was already waiting for me. We shared our travel stories and then we walked for dinner with people she had met in Dalat. And with walked I really mean we walked. Forever actually!

The taxi wouldn’t take us because the street was right around the corner, but the place we were going to was at ‘district’ 9. I don’t really know how the numbering worked but after a while numbers were starting over with a different ‘district’ number. And we started at ‘district’ one….

I am just glad it was worth it. Her friends were really nice and the food was amazing. The place we had walked to was outside the usual tourist area since the couple who discovered it was renting an apartment around the area. At 11pm or so we called it a night. I had another tour planned and she was meeting her friends at the War Remnants Museum. You’d, Pollybert 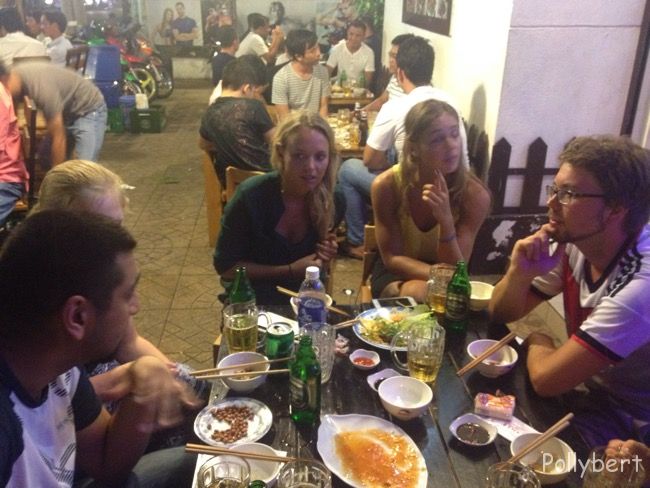