Dudley and I had a leisurely breakfast and then got a lift to the airport. We had decided to fly to Pakse and from there Dudley had arranged for a pickup to the 4000 Islands. 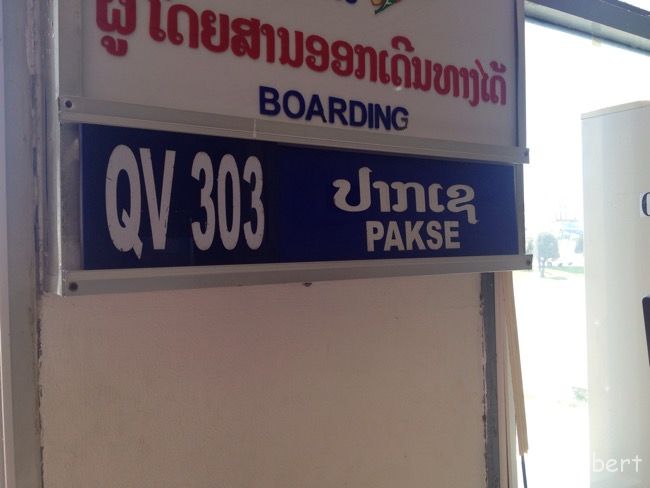 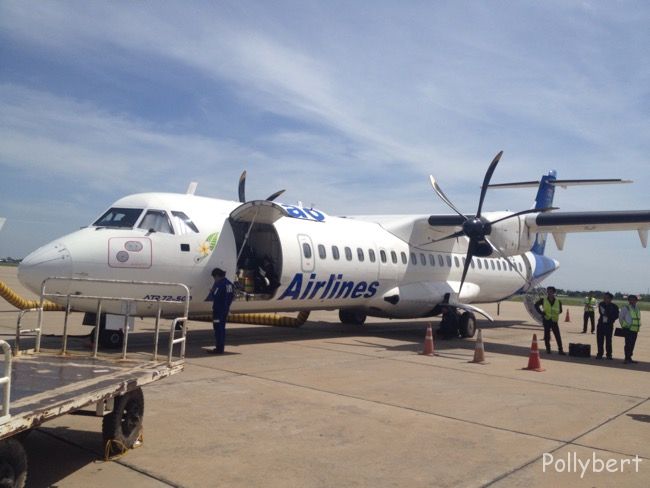 Once in Pakse a driver awaited us and two hours later we arrived in Ban Nakasang, a small port that was as such not recognizable (but since we also stopped there on the return, it was the official gateway to the islands). 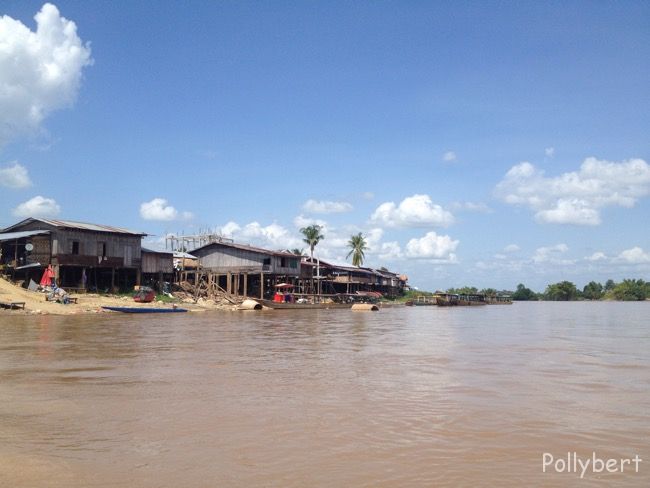 The boat ride on the Mekong was not much more than 30 minutes and eventually we arrived at our floating bungalows at the Auberge Sala Done Khone. 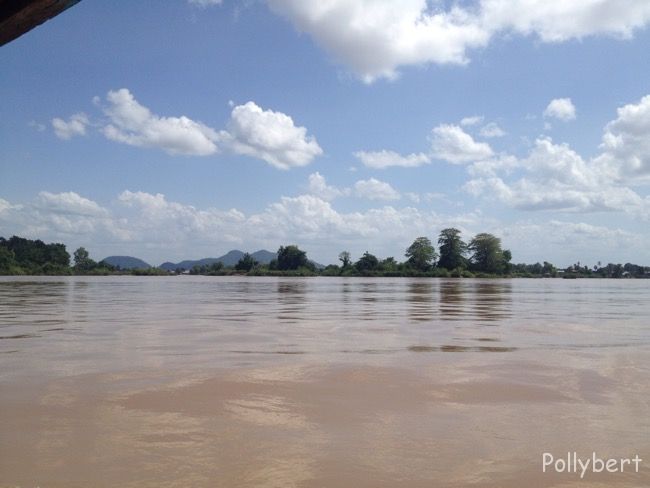 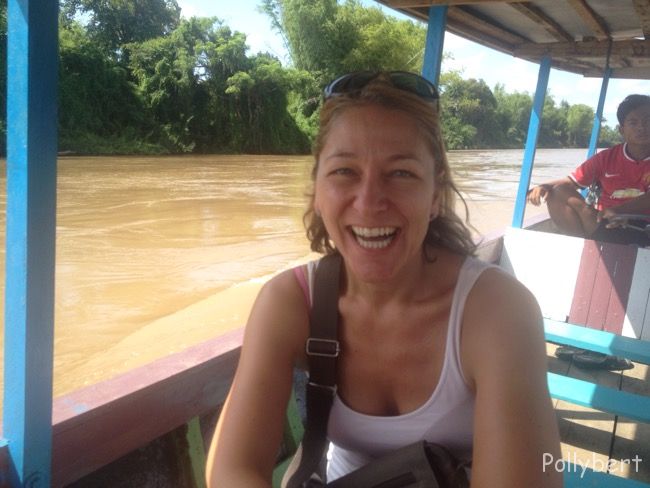 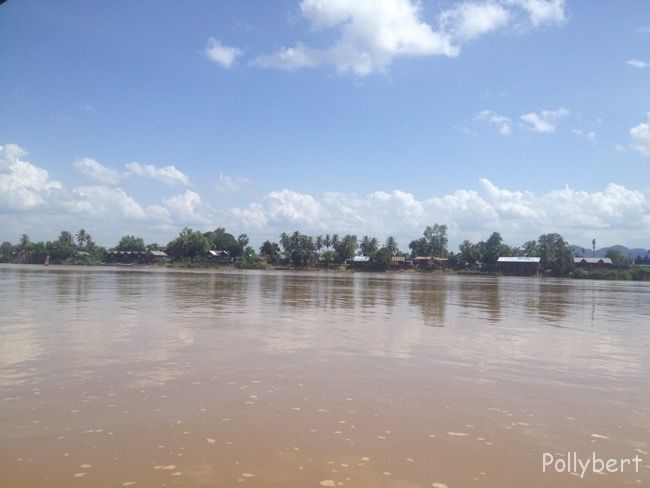 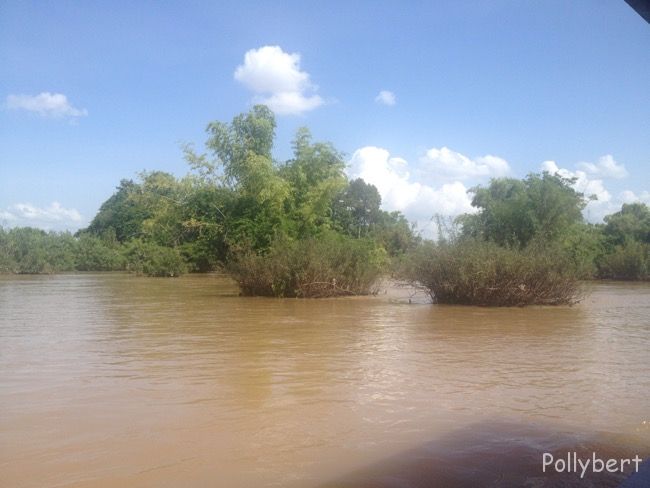 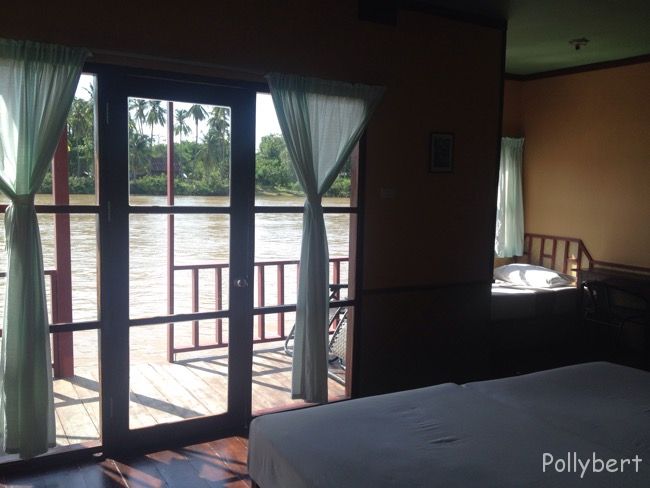 We spent our first afternoon by doing exactly nothing. Just swimming in the pool and talking to my nice neighbors from Australia. They had been in the area the last couple of days and had some good input on what to see. 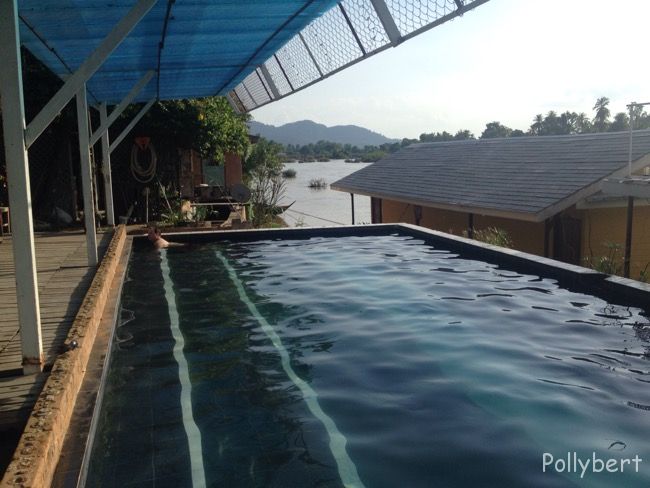 Before dinner I took a couple of sunset Mekong pictures and it looked almost too beautiful to be true. But it was and we enjoyed our first dinner which included a 4000 Island cocktail and millions of mosquitoes. Yours, Pollybert 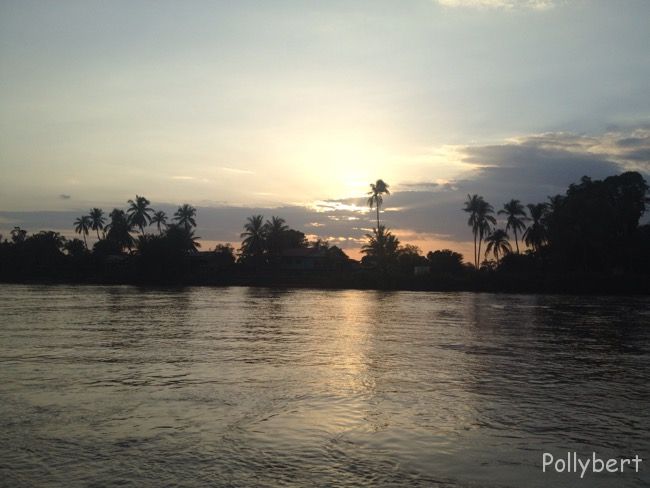 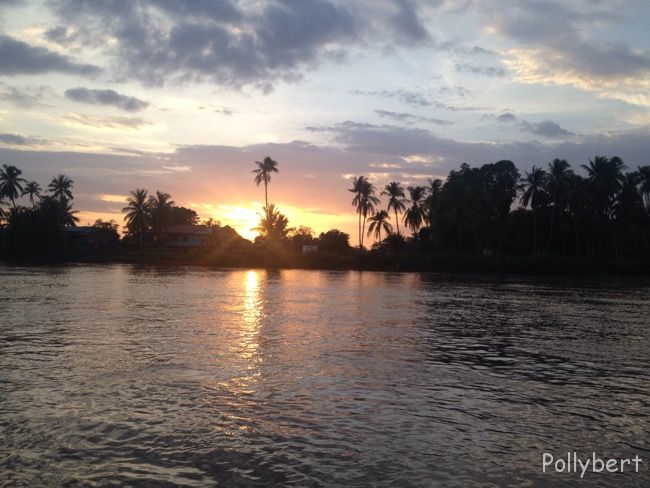 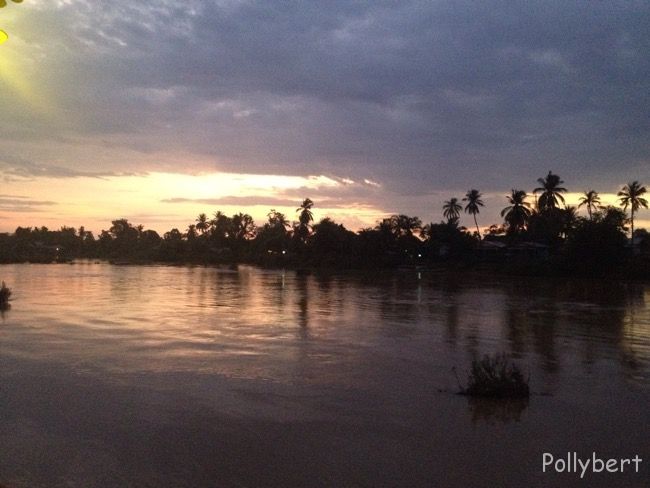