Our last day at the Hermitage Hotel started again at 6pm. This morning there was no breakfast waiting but rather a cup of tea before we headed off to the elephant meeting place at the edge of the jungle. 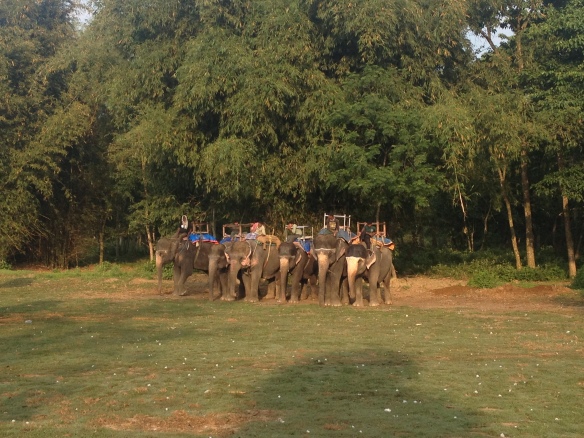 Sylvia and I were the first to get on and the third person with us on board was an American Greenpeace worker from Peru. Our driver was clearly used to all kinds of tourists because from the first he started to entertain us. But not only that he also turned out to be gifted spotter and with his help I finally saw a rhinoceros close up in wild life (Sylvia, ever the sceptic, thinks that these rhinoceros are part of the show). We actually saw a lot of other animals too, but I figure that wild pigs, deer and wild chickens are compared to the rhinos not so interesting, plus the pictures didn’t turn out so great. 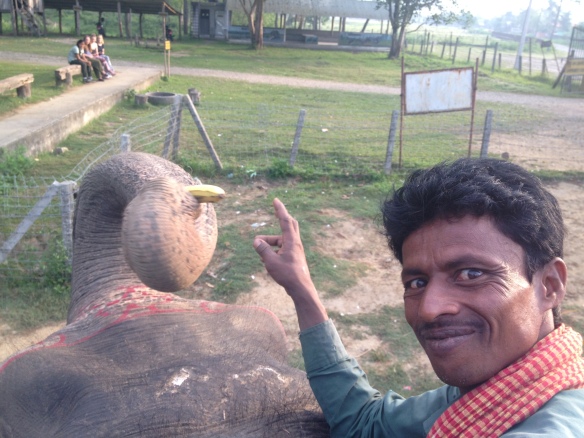 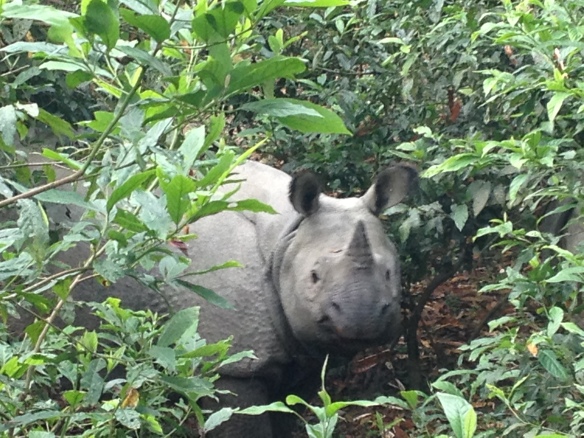 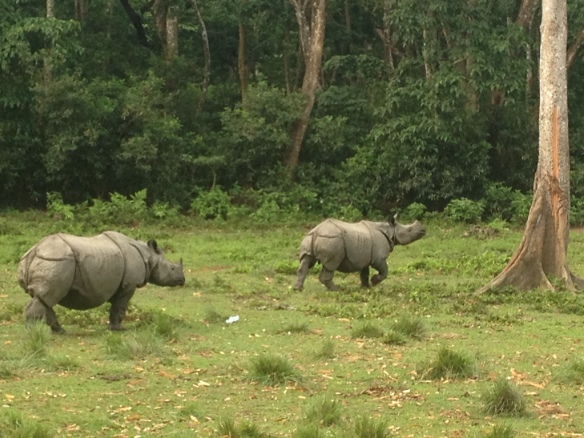 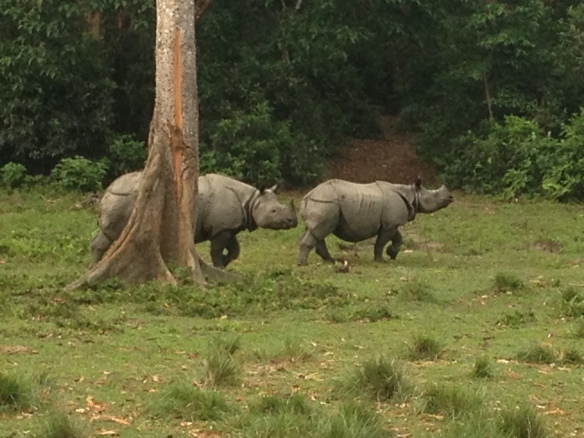 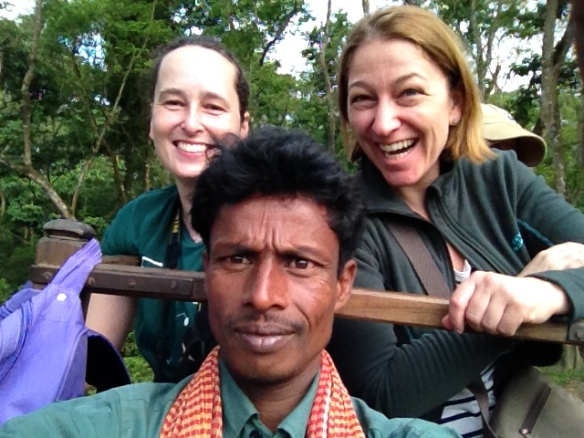 And this was our elephant Sirkaly (or something similar). 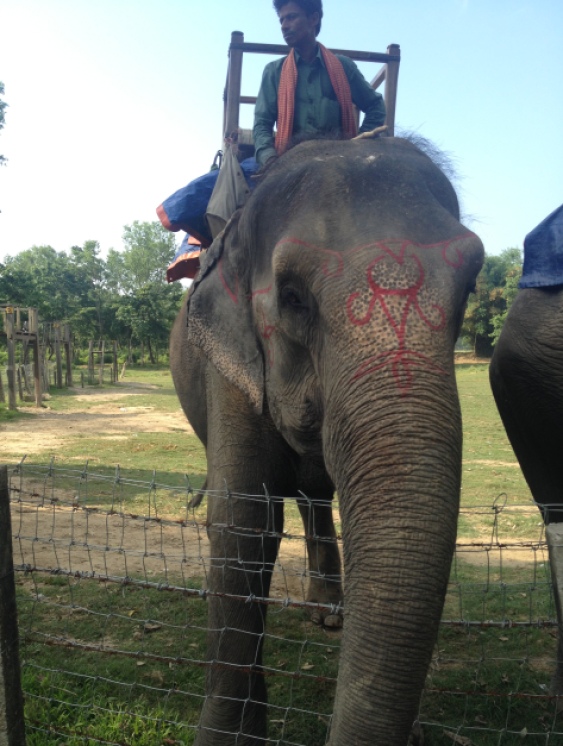 And then it was time to move on again. After all the bananas were fed to Sirkaly we wanted to have breakfast as well. So back to the hotel to have breakfast and to pack our bags and on we moved. We were supposed to have a driver to bring us to Pokhara but he fell victim to the changed circumstances and our agency put us on the tourist bus. Which in itself should not have been a problem, merely a six hour ride instead of four. But that at the narrowest part of road a mountain slide happened and we would get a 10 hour stay on the bus in the end… this was a bit a of a downer. 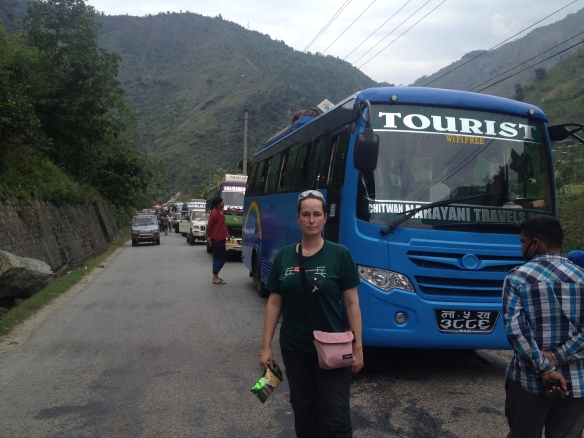 Water became a rare commodity along the route and resourceful entrepreneurs started a cucumber business. 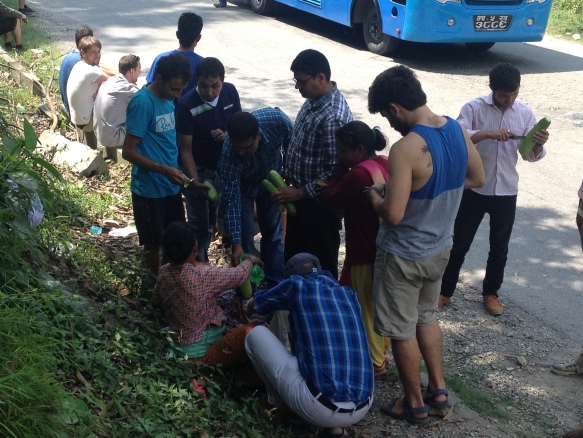 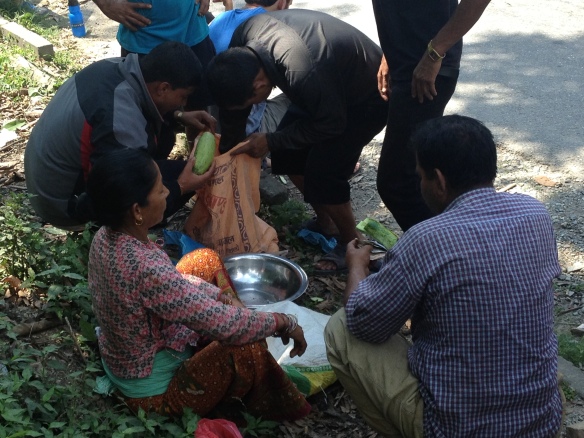 At least the scenery was beautiful and got only a bit marred by all these buses on the road. 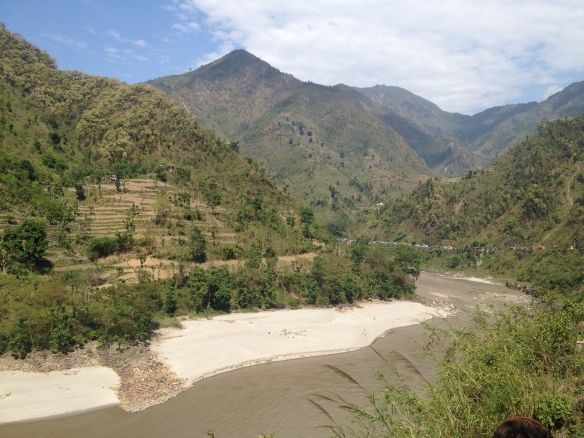 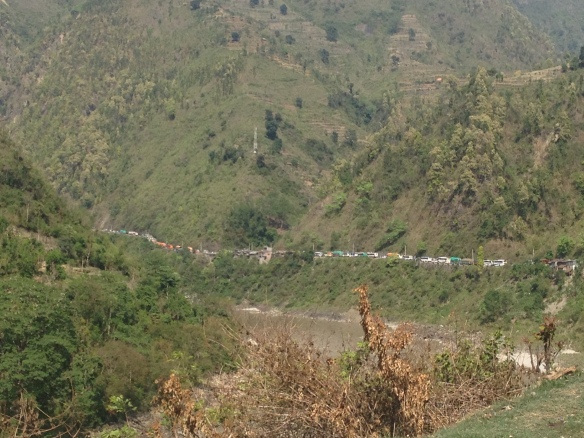 Eventually though we made it into Pokhara, organized a taxi and made our way to Castle Resort Hotel our safe haven up in the hills. Here we met the dutch people again whom we had already met the first night in Kathmandu and the Austrians from Chitwan. We had dinner, Momos for Sylvia and Dal Bhat for me and quickly called it a night. It had really been a very long day. Yours, Pollybert 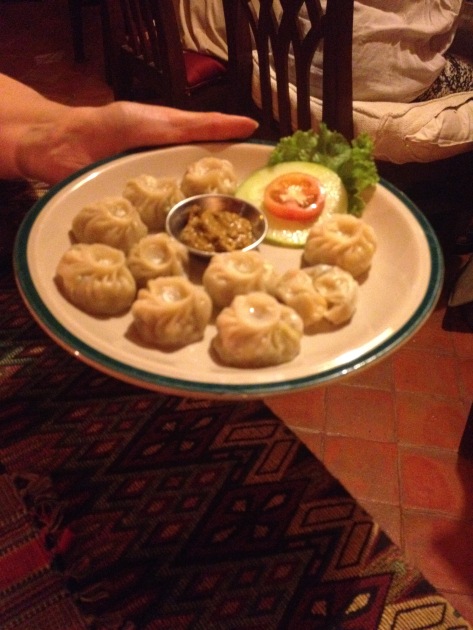 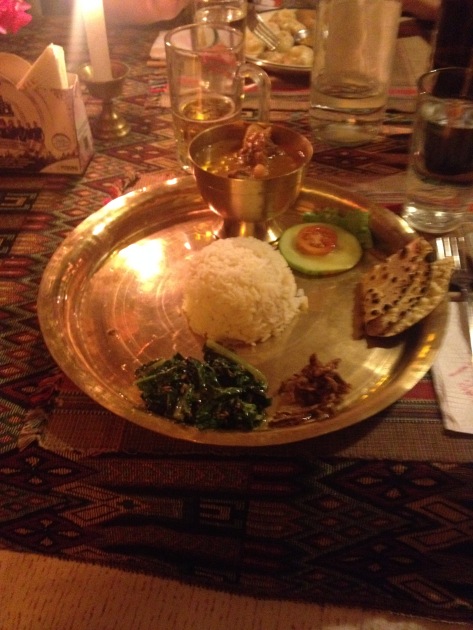