Zipping through the trees

After a long discussion the night before Dudley and I had finally settled on a plan for today. We left our Hotel Inthira and Champasak at 7am on a tuk-tuk in the rain. We were both miserable since it was so wet and cold. I at least got a spare rain coat from the tuk-tuk driver.

Once we arrived in Pakse we got the driver to go to the office of Green Discovery Laos because we wanted to check if we could go on a 2 day tour with them today. They hadn’t answered our online inquiry nor the email I sent the evening before and we both really wanted to do the Treetop Explorer Tour.

And really, we made it there in time and signed up for the 2 day tour. So good that we tried it because they were booked for the next two days and we wouldn’t have waited that out.

Within 10 minutes I had my smaller backpack ready and we were on the go. We were a group of 10 people, one couple from England, another from Australia, mother and son from the Netherlands, two girls from Vientiane and us. 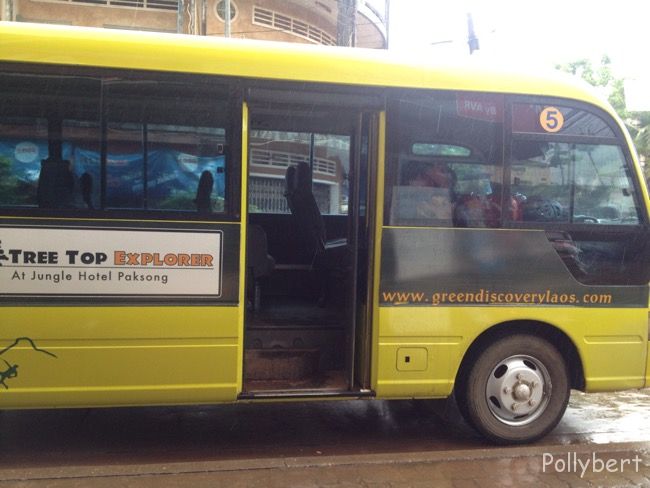 I was not really sure about the itinerary, I read it yes, but after reading about the zip lining I was already hooked. I had tried that the first time at the Adventure Cave in Phong Nah and was a bit nervous about it. But in a good way.

Anyway it took us a good hour on the road and another hour on an ‘adventure road’ (Sinsay’s more than generous description for the worst dirt road ever. There were holes on this road in which you could have easily buried an elephant).

Eventually we arrived though and we’re all outfitted with a harness. By that time it was still raining and cold. At least 10 degrees cooler than in the city and I was very happy about my long sleeved shirt that I found in the backpack.

I put the rain coat which I had bought in Sapa on top of it and then we started into the wild. It was not really adventurous the first hour. Just walking along a dirt road in the wet and cold.

But eventually the scenery changed and we entered the national park.

If I said before that it was just boring trekking, all that changed in an instant when we had to cross our first ‘bridge’.

The boring part was definitely over! When we got to the other side I was sweating so much that the rain coat was not necessary anymore and Dudley had already some leeches attached to his calves. This was going to be one interesting trip.

More walking through a wet and misty forest brought us to our lunch destination. The guides, Sinsay and three locals prepared the ‘table’ and then we ate in this beautiful meadow. 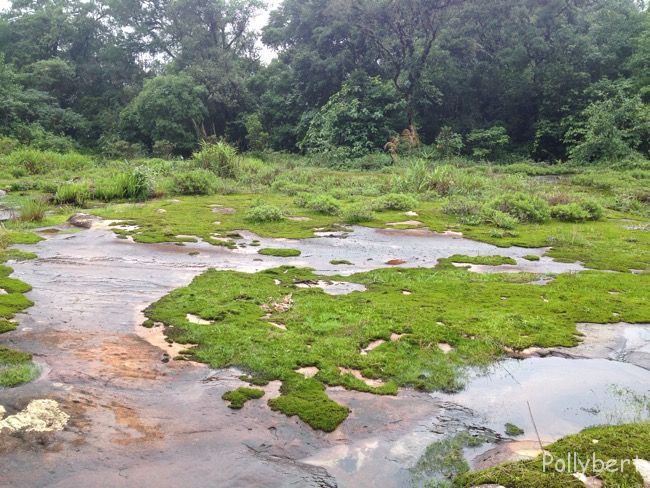 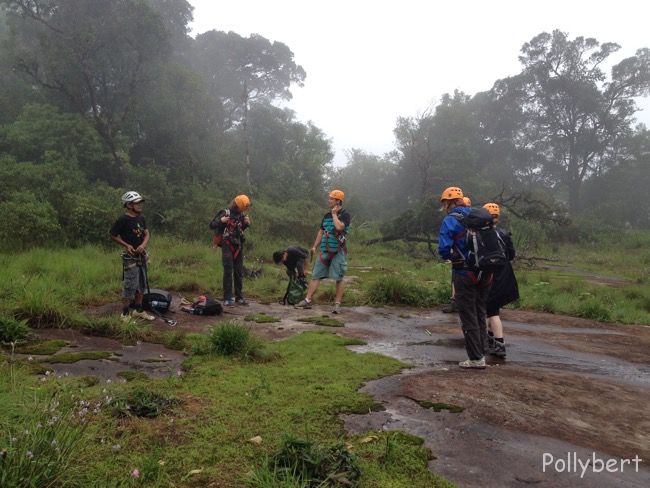 Further trekking was necessary after lunch, it was very slippery going downhill in these woods. Until we came to the next bridge which was a walk in the park compared to the first one. I actually took a selfie in the middle of it. Which was going to be my only selfie while doing stuff (with the petrified look on my face already on that bridge maybe understandable, I seem to be holding on to my safety line for dear life). 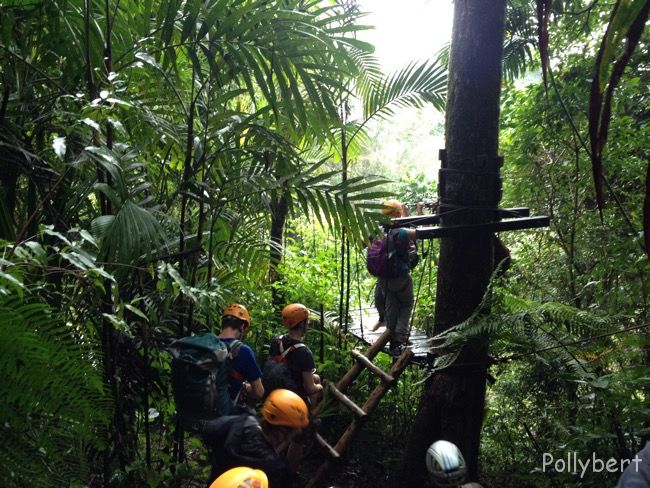 After that it was zip line after zip line with a bit of abseiling in between. 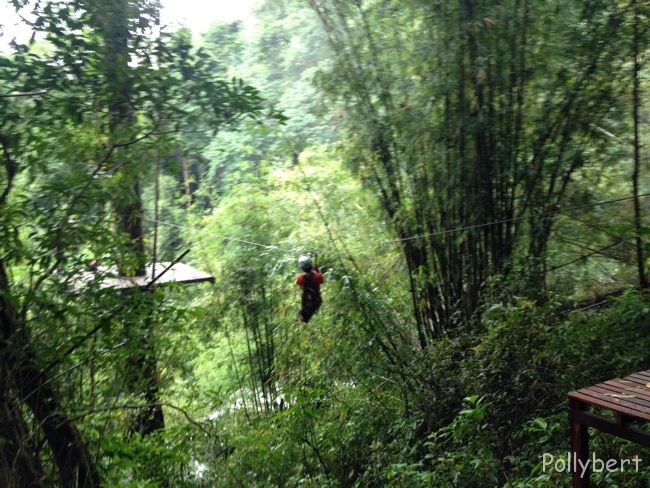 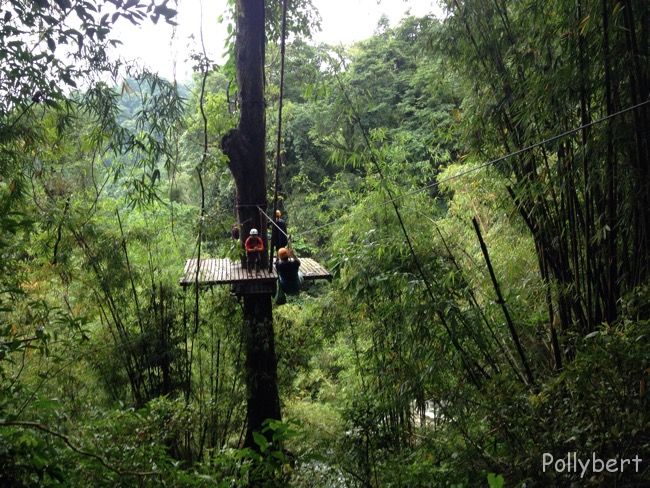 Over time the zip lines became longer, passing in front of the waterfall and it was the best feeling ever to step off the platform knowing the zip line will catch me. Just the one step into nothing until you get caught from the line was such an exhilarating experience! Best thing ever! 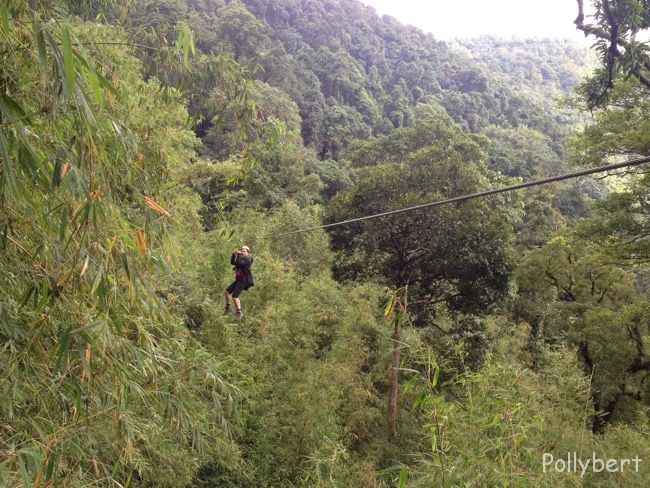 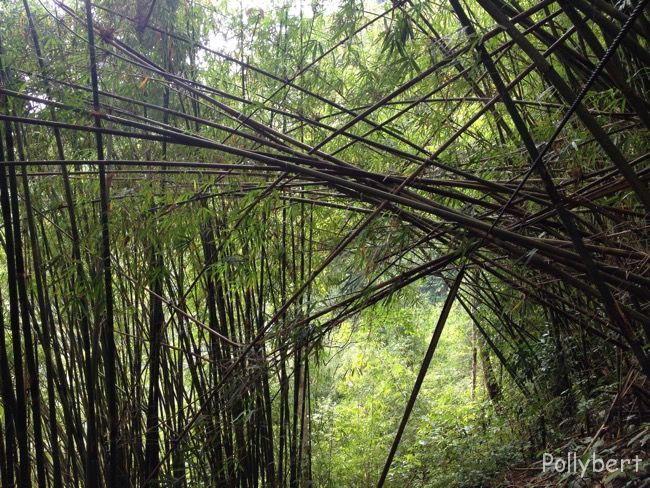 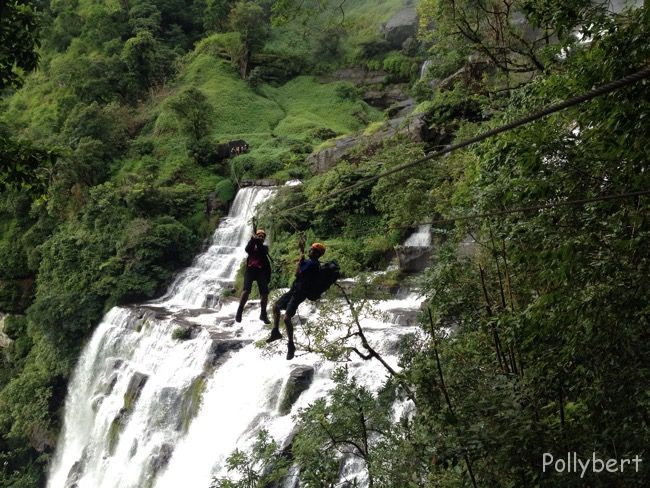 The zip line above was done together. So I was attached to Dudley and he to me and together we zipped across. If you want to see a regular zip line click here and for abseiling here.

We were almost at the end of our first day, just a couple more zip lines and then we arrived at our tree house location for the night. 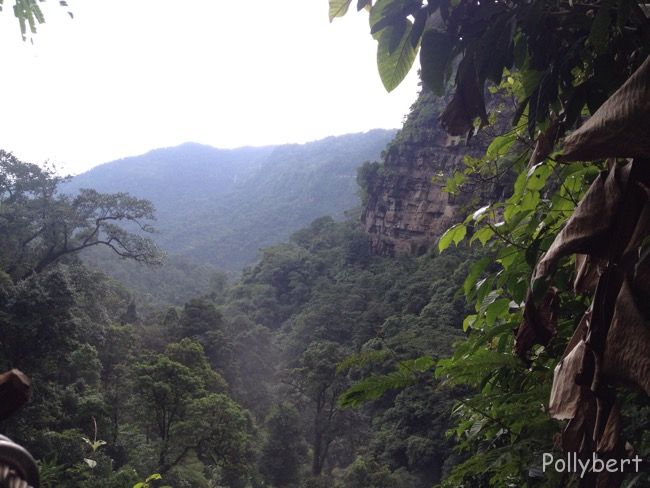 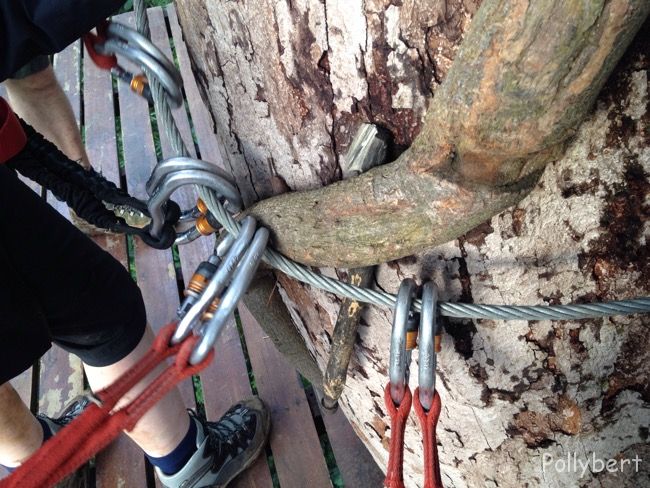 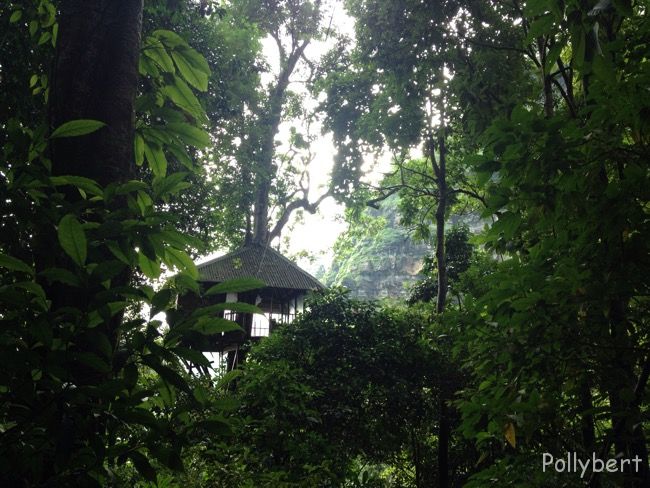 I went for a swim in a natural pool and later we had a great dinner in front of the waterfall. To get to our treehouse we had to zip line in the dark and just a while later it was lights out for all of us. Lying alone in the dark and hearing the sound and noise of the forest was pretty intense, more so when another downpour started and I had to move my bed a bit to not get wet. Yours, Pollybert 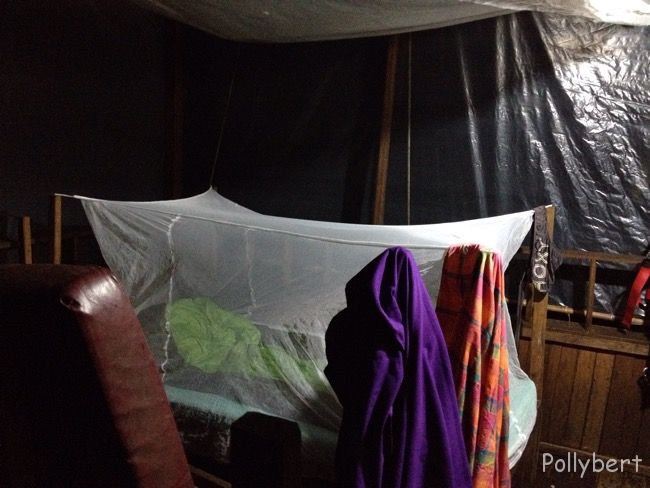